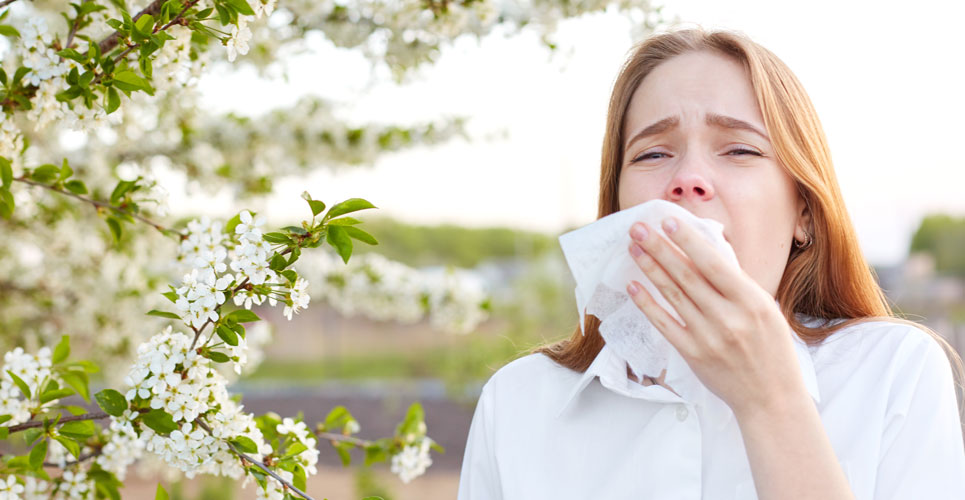 The condition, allergic rhinitis is characterised by sneezing, itching, nasal congestion and rhinorrhoea. It can be either seasonal allergic rhinitis, in which symptoms are evoked in response to season triggers such as pollen or perennial allergic rhinitis, where symptoms are present throughout the year. Seasonal allergic rhinitis is a global health problem and has been reported to affect 15 to 25% of adults and children. In addition, while localised symptoms are disruptive for patients, there is a more generalised effect upon sufferers resulting in fatigue, mood changes and reduced cognitive function and which can affect work and overall quality of life. The standard treatment involves the use of oral and intranasal antihistamines as well as intranasal corticosteroids. However, when such treatments fail, subcutaneous or sublingual allergen immunotherapy can be used with subcutaneous therapy appearing to be more effective. In fact, a recent review found that the benefits of allergen immunotherapy were sustained for at least 2 – 3 years after cessation of treatment.

The role of interleukins (IL) in the pathophysiology of seasonal allergic rhinitis is uncertain although some evidence found a trend towards higher levels of both IL-4 and IL-13. The monoclonal antibody dupilumab, targets the IL-4 and IL-13 receptor and been recently shown to improve asthma and perennial allergic rhinitis symptoms. This led a team from the Department of Medicine and Paediatrics, David Geffen School of Medicine, California, US, to examine whether addition of dupilumab to subcutaneous immunotherapy would provide an additional benefit to patients with seasonal allergic rhinitis. They undertook a phase 2a, randomised trial with four arms, comparing subcutaneous immunotherapy (SCIT) either alone or combined with dupilumab verses placebo in patients with seasonal allergic rhinitis. The study involved a 12-week screening period, a 16-week treatment phase and an 8-week post-treatment follow-up in adult patients (aged 18 years and over but less than 55 years) with seasonal grass pollen allergy. The four treatment arms were: SCIT + placebo; SCIT + dupilumab 300mg every 2 weeks; Dupilumab alone; SCIT alone. The primary outcome as the percentage change from pre-baseline in the area under the curve for peak total nasal symptom score (TNSS), a composite of rhinorrhoea, nasal congestion, nasal itching, and sneezing and measured 0 – 1 hour following a nasal allergen challenge.

Findings
There were 103 patients with seasonal allergic rhinitis enrolled and randomised to one of the four arms. The mean age of participants assigned to SCIT and dupilumab was 33 years (30.8% male) and the mean age across the study ranged from 33 to 40.3 years. At week 17 and following a nasal allergen challenge, there was no difference between SCIT and SCIT + dupilumab (least squares mean – 56.76% vs 52.03%). Similarly, there was no significant difference in the absolute change in TNSS scores. There was however, a slight, but significant improvement in the peak TNSS scores when dupilumab was added to SCIT (p = 0.026), suggesting that addition of the drug may help improve SCIT tolerability. The authors concluded that there was no benefit from adding dupilumab to SCIT in terms of reducing the response to an allergen challenge in patients with seasonal allergic rhinitis.