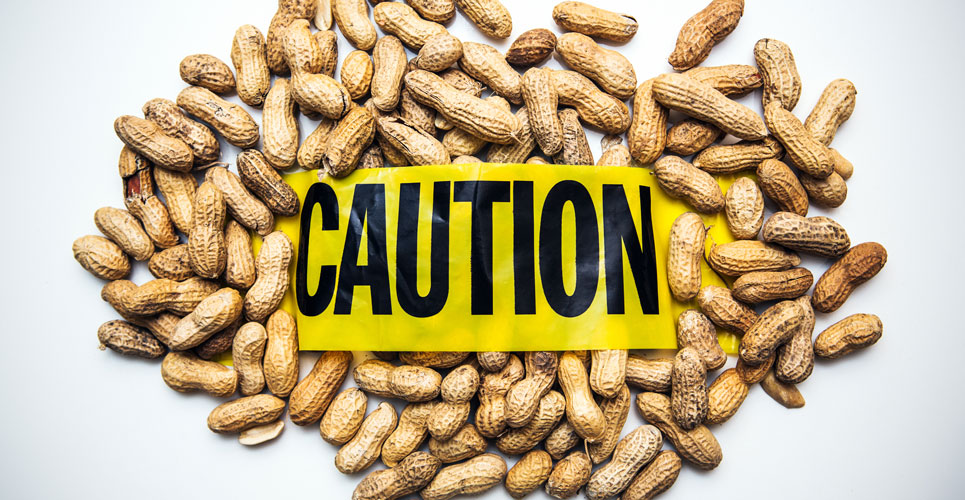 A peanut allergy, and which is generally life-long, places a huge psychosocial burden upon sufferers and markedly affects their daily lives

The presence of a peanut allery places a huge psychosocial burden among sufferers according to the results of a large quantitative and qualitative European study. The Allergy to Peanuts imPacting Emotions And Life study (APPEAL) study by researchers from the School of Applied Psychology and Department of Paediatrics and Child Health, University College Cork, Cork, Ireland, set out to explore the psychological burden of living with a peanut allergy in Europe.

A peanut allergy is relatively common and in one systematic review of food allergies in Europe, the pooled estimate of a peanut allergy among all ages was estimated to be 1.3%. Moreover, given that a peanut allergy affects an individual throughout their life, it is perhaps not surprising that research has indicated how health-related quality of life is impaired in food allergic adolescents and adults, compared to the general population.

Some of the data from the APPEAL study have already been published, demonstrating how the presence of a peanut allergy impacts upon sufferers. For the present analysis, the researchers focused on the data obtained from participants in the UK and Ireland arm of the study. The APPEAL study had two distinct phases; an initial, online, quantitative analysis which was followed by in depth telephone or in-person interviews with children (aged 8 to 12 years), teenagers (13 to 17 years) and adults (18 to 30 years) all of whom had a self-reported diagnosis of a peanut allergy. Individuals were recruited via patient advocacy groups and specialist patient recruitment panels. For the quantitative arm of the study, participants were asked to rate the impact of their allergy on activities such as food choices when eating out or buying food, using a 5-point Likert scale, where 1 indicated a low impact and 5 to highest.

A total of 284 individuals which included 160 adults with a mean age of 33.9 years (61% female) completed the online survey. The situations causing most restrictions for participants were choosing foods when eating out, for which 82% reported feeling moderately or extremely restricted, choosing where to eat (82%), eating during special occasions (76%) and when buying food from a shop (71%). Participants also reported being moderately restricted when choosing a holiday destination (68%), travelling on airplanes (68%) and in socialising with friends (64%).

Interestingly, nearly a fifth (18%) reported being frequently frustrated because of the limitations due to their peanut allergy. The psychological impact of living with a peanut allergy also had a major effect on daily living with 70% reporting at least a moderate amount of frustration because of their allergy, 71% reporting stress, 65% feeling tense and 75% feeling anxious. In fact, 86% reported a moderate level of worry in situations such as social occasions where food was involved.

The qualitative arm of the study revealed how over half of those interviewed reported that their allergy had a negative impact on their social activities which resulted in not going out with friends, avoiding events where peanuts might be served and having limited food options during social events. In addition, 40% reported being bullied because of their allergy. Overall, affected individuals reported on how their allergy affected social activities, relationships, emotions and work.

The authors concluded that the presence of a peanut allergy placed a huge psychosocial burden upon sufferers, highlighting an unmet need among sufferers.

Citation
Tsoumani M et al. Allergy to Peanuts imPacting Emotions And Life (APPEAL): The impact of peanut allergy on children, teenagers, adults and caregivers in the UK and Ireland. PLoS One 2022