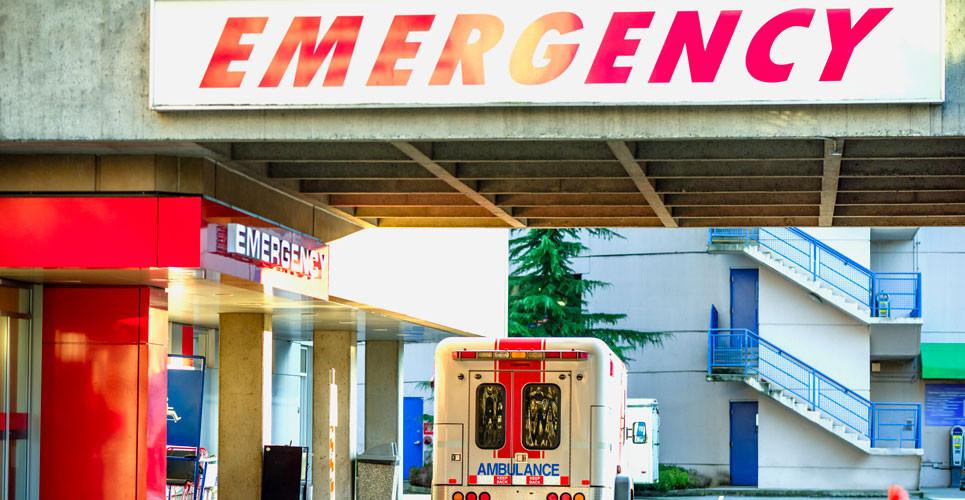 by Rod Tucker
Published on 7 February 2022

Delayed inpatient admission from an emergency department (ED) for longer than 5 hours increases the incidence of 30-day mortality. This was the conclusion of a study by a team from the Department of Population Health, New York University School of Medicine, New York, US.

In England, the NHS implemented a 4-hour operational standard which represents a binary time threshold such that patients who remain within ED for longer than 4 hours are deemed to have ‘breached’ this target. While there are a number of reasons why patients have a delayed inpatient admission, one factor identified from research which correlates with a higher ED waiting time is higher inpatient bed occupancy. In addition, other data shows that a longer mean length of stay within the ED, is associated with a greater risk of short term mortality and admission to hospital in patients who are sufficiently well to leave the department.

For the present study, the US team turned to a large NHS database to examine whether delayed inpatient admission was associated with an increased risk of mortality. They used a cross-sectional, comparative, retrospective design and included all patients admitted from ED and measured the time from the patient’s arrival at the ED until their transfer to an inpatient bed. They set the primary outcome as death from all causes within 30 days of hospital admission. The team collected data over a 2-year period including patient demographics, including co-morbidities and demographics, together with temporal factors such as month of admission, time of admission. Regression analysis which adjusted for factors such as age, co-morbidities etc, was used to model expected and observed mortality.

A total of 26,738 514 people visited an ED during the two-year study period but data was available for only 5,249,891 admitted patients and who were included in the analysis. Among this group of delayed inpatient individuals, there were 433,962 deaths within 30 days, giving a crude 30-day mortality rate of 8.71%. The mean time spent in ED was just under 5 hours and the 4-hour breach rates averaged around 38%.

Commenting on these findings, the authors described how there was a ‘dose-dependent’ association between delayed inpatient admission in excess of 5 hours in the ED and 30-day mortality. They calculated that one extra death occurs for every 82 patients who are delayed for more than 6 to 8 hours in the ED and concluded that healthcare policy makers should mandate timely admission from ED to avoid hospital-associated patient harm.