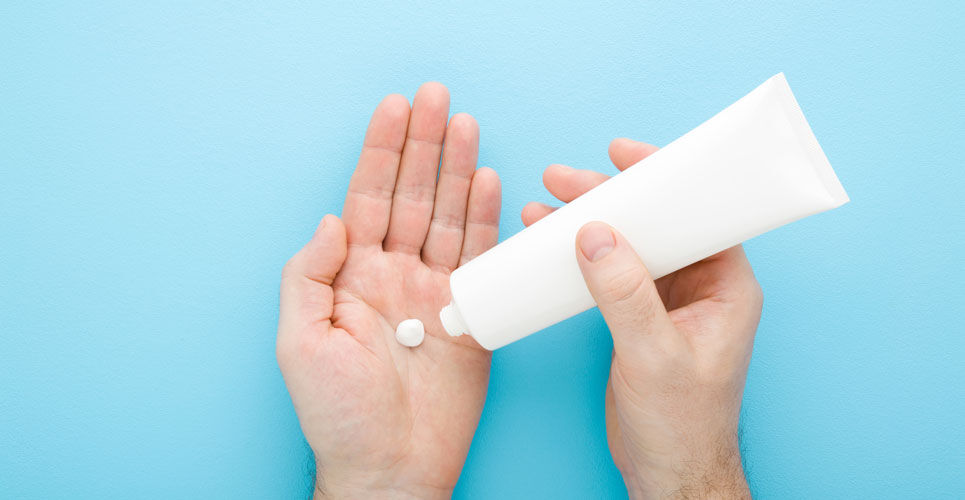 Differences in emollient formulations do not affect patient-related outcomes in young children with atopic eczema. This was the conclusion of a pragmatic, randomised trial by UK researchers led a team from the Population Health Sciences, University of Bristol, UK.

It is estimated that 11- 20% of children are affected by the inflammatory skin condition, atopic eczema and emollients are the recommended mainstay of treatment for all patients with atopic eczema (eczema). In guidance from NICE, it was suggested that emollients are always used, even when the skin is clear. While there are a wide range of emollients and emollient formulations available, there is little to no available to guide the choice of treatment, physicians often play a pivotal role in assisting patients to select an emollient that they will accept and use consistently. Moreover, a general perception is that a greasier an emollient is the most effective as since it traps more moisture in the skin, increasing hydration though greasier emollients can be less acceptable or tolerable.

Despite this general view that greasier emollient formulations are better, there is no evidence to support this claim. Consequently, in the present study, the UK team set out to compare the effectiveness of four different emollient formulations; lotions, creams, gels and ointment for children with eczema. The Best Emollient for Eczema trial was a pragmatic, multi-centre, individually randomised, parallel group superiority trial of the four types of emollient. It enrolled children aged 6 months to less than 12 years of age with a healthcare professional diagnosis of eczema of mild or higher severity, as determined using the Patient Orientated Eczema Measure (POEM). This 7-item questionnaire of symptoms (e.g. itching, redness, skin dryness etc), ranges from 0 to 28 such that higher scores reflect more severe disease. Eligible children were required to have POEM score of > 2 and randomised 1:1:1:1 to either lotions, creams, gel or ointment with an initial prescription for 500 g or 500 ml and which was to be applied twice daily and as needed. The primary outcome measure was the parent-reported POEM score and which was measured weekly, over 16 weeks with the minimum clinically important difference in POEM scores set at 3.

A total of 550 children with a median age of 4 years (46% female) were randomised to one of the four different emollients and the overall mean baseline POEM score was 9.3.

The authors concluded that their data suggests that there are no important differences between emollients, despite the widely held view that a more greasier formulation, which by trapping moisture, would be the most effective. They suggested that patients should be allowed to choose from a range of emollient formulations.