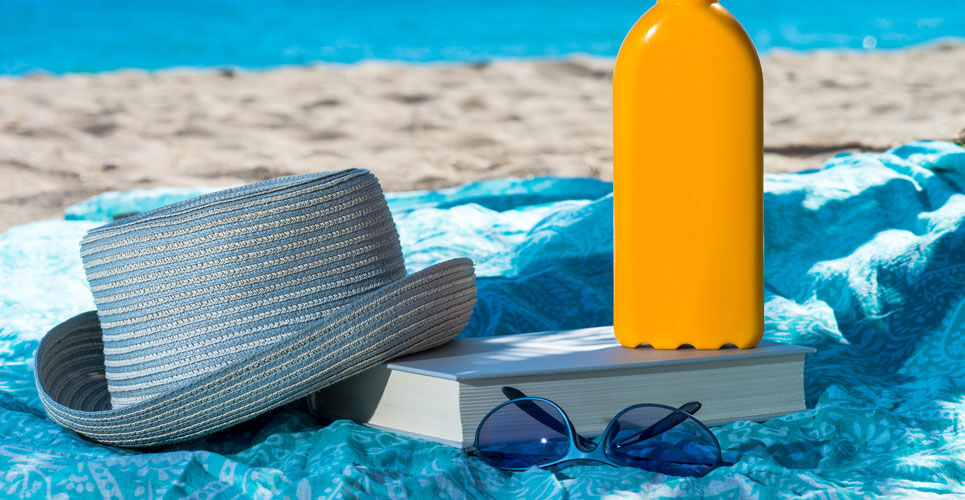 by Rod Tucker
Published on 13 September 2022

Share this story:
RELATED ARTICLES
Dupilumab recommended for expanded EU approval for severe atopic dermatitis in children from 6 months
Adherence to NICE criteria for initiation and continuation of treatment with a biologic in atopic dermatitis
Lebrikizumab combined with topical steroids effective for moderate to severe atopic eczema
Early emollient use prevents atopic eczema in high-risk infants
Dupixent recommended for approval in EU for treating moderate to severe prurigo nodularis

Sun awareness messages are not followed by many Europeans and non-Europeans and this failure could potentially increase their risk of developing skin cancer according to the findings of a survey by La Roche-Posay and IPSOS and discussed at the 31st EADV Congress.

The latest data suggests that 1.71% of the adult European general population reported having skin cancer, meaning some 7,304,000 individuals are estimated to have the disease. Now in data from a survey of 17,000 people from 17 countries, including 6,000 people from the UK, Germany, France, Spain, Italy, and Russia and from North and South America, Africa, Oceania, and Asia, researchers have highlighted that sun awareness messaging does not appear to be acted upon by a large number of people.

The results showed a perpetuation of several ‘myths’. For example, 73% of European said that a tan was healthy although among non-Europeans, this figure dropped to 59%. Moreover, the majority of Europeans (80%) also believed that tans are attractive though again, this perception was less common (67%) among non-Europeans. Perhaps of greater concern was how although 92% of Europeans were aware of the skin ageing risks posed by the sun, 84% admitted that they did not protect themselves all year round.

Other misconceptions which highlighted either a poor understanding or deliberately ignoring sun awareness messaging, include how only 56% of Europeans knew that sun protection was useful when the weather was overcast. In fact, nearly a quarter (24%) thought it was safe to go outside without sun protection when they were already tanned. Additionally, only 1 in 10 (10%) of Europeans said they routinely or often used all forms of sun protection, such as applying sunscreen, staying in the shade, wearing a hat and protective clothing all year round, compared to 14% of those from outside of Europe.

Another worrisome finding was that while sun awareness of the dangers of the sun were higher in at-risk groups (i.e., those with a history of skin cancer, pre-cancerous lesions, photo dermatosis, or those taking photosensitising or immunosuppressing drugs), 59% still reported that they could not imagine coming back from a holiday without a tan.

Commenting on these findings, lead researcher Professor Thierry Passeron said “this research shows just how entrenched the “healthy” suntan myth is – even in those who have already suffered sun damage or developed skin cancer.” He added how ‘we must drive awareness of the damage to skin cells caused by exposure to the sun, which can lead to photoaging and skin cancer. This is particularly important in Europe where sun protection appears most inadequate compared to other countries.’

Citation
Sun Exposure and Associated Risks in 17 Countries: Results from Europe Compared to Other Continents.

Be in the know
Subscribe to Hospital Pharmacy Europe newsletter and magazine
Subscribe
Share this story:
RELATED ARTICLES
Bug scandal hospital chief “sorry”
Tamiflu and Relenza: How Effective Are They?
Viagra success in cancer lab tests
Subgroup analysis of ENGAGE AF-TIMI 48
Cosentyx recommended for children and young people with psoriasis