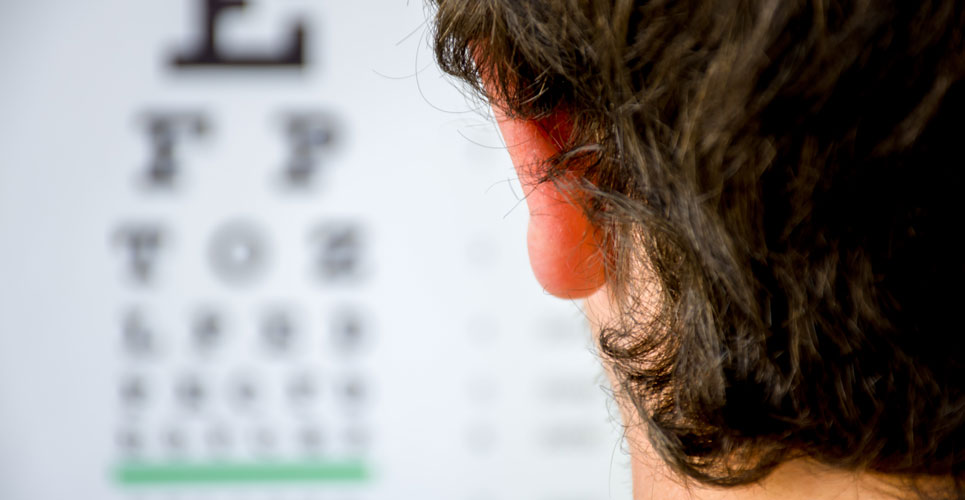 The term refractive error represent a collection of common eye disorders in which the eye or eyes, are unable to focus properly, leading to blurred vision. There are several forms of high refractive errors (HRE) including myopia (near-sightedness), hyperopia (far-sightedness), astigmatism (distorted vision) and presbyopia (difficulty in reading at arm’s length). It is a common worldwide problem with the World Health Organisation estimating that as many as 153 million people have a visual impairment due to HRE. In children, the most common error is astigmatism, with one study finding a global prevalence of 14.9%. While the cause of HRE is uncertain, refractive changes are associated changes in blood glucose levels and hence can be present in those with diabetes. In fact, there is some evidence that gestational diabetes can result in a three-fold increased probability of refractive errors in the offspring of such mothers. In contrast, another study of refractive errors among diabetic and non-diabetic mothers found no significant differences in astigmatism between the two groups.

With a degree of uncertainty over the relationship between the development of HRE errors in children and maternal diabetes, a team led by researchers from the Department of Clinical Epidemiology, Aarhus University, Denmark, undertook a population-based cohort study using Danish national registers. Mothers were considered to have diabetes if they were diagnosed either before or during their pregnancy. The primary outcome of interest was the presence of high refractive errors in the children of these diabetic mothers and which developed over a 25-year follow-up period. The main secondary outcome was the specific types of refractive errors that occurred. The team used regression analysis to model the association between prenatal diabetes exposure and high refractive errors, adjusting for several factors including maternal age, smoking status, calendar period of delivery.

Findings
During the 25-year follow-up, there were 553 children of mothers with diabetes and 19,695 children of mothers without diabetes, diagnosed with a HRE. The children exposed to maternal had a 39% increased risk of having a HRE compared to those without diabetes (adjusted hazard ratio, aHR = 1.39, 95% CI 1.28 – 1.51, p < 0.001). This risk was significantly elevated, compared to mothers without diabetes, for all forms of pre-gestational diabetes e.g., type 1 (aHR = 1.32), type 2 (aHR = 1.68) and gestational diabetes itself (aHR = 1.37). The risks for each type of HRE were also increased, e.g., hypermetropia (HR = 1.37), myopia (HR = 1.34) and astigmatism (HR = 1.58). A further and interesting observation was that the risks of HRE were also higher in children of mothers who had at least one diabetic complications (aHR = 1.76) and higher still, in the presence of two or more complications (aHR = 2.24).
In trying to account for these elevated risks of refractive errors, the authors suggested the among diabetic mothers, it was possible that increased plasma glucose levels could result in foetal hyperglycaemia or that an increased oxidative stress and inflammatory response from the ensuing hyperglycaemia could have damaged the optical nerves. They concluded that given these finding, early ophthalmological screening should be undertaken in the children of mothers with diabetes.