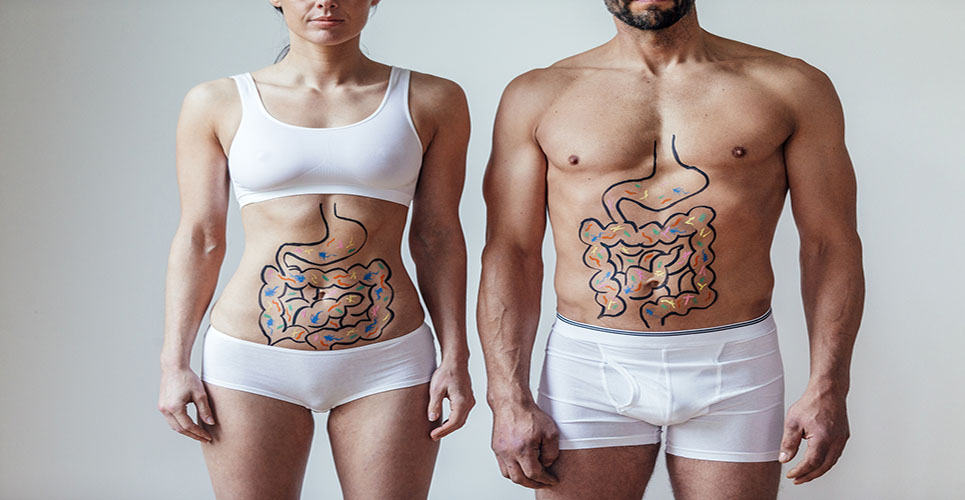 The widespread use of nonsteroidal anti-inflammatory drugs (NSAIDs), due to their vast prescription and over-the- counter (OTC) market, has drawn attention to the potential for adverse events associated with this otherwise effective class of drugs. Several factors have been identified that contribute to the risk of NSAID-associated gastrointestinal (GI) events, and strategies have been suggested to reduce this risk.

Safer NSAIDs (cyclo-oxygenase [COX]-2 inhibitors) have been developed, which should lead to improved outcome.

The use of cotherapy to heal mucosal lesions or to prevent NSAID toxicity has focused upon two approaches: replacement of prostaglandin deficiency with misoprostol, and inhibition of acid secretion with H(2)-receptor antagonists (H(2)-RAs) or proton pump inhibitors (PPIs). Data from controlled studies are undoubtedly in favour of the PPIs, as well- tolerated and effective drugs in the prophylaxis and treatment of NSAID-related mucosal lesions.

Epidemiology
Worldwide, more than 30 million people take NSAIDs daily, representing drug expenditures of over £1.5 billion. About 24 million prescriptions per year are written for NSAIDs in the UK alone, with half of these for patients over the age of 60 years. At any one time, about 15% of elderly people are taking an NSAID, with the average prescribing rates being calculated at 426 prescriptions per 1,000 population per year.(1) In 1991, naproxen and ketoprofen entered the OTC market, increasing the number of individuals exposed to NSAIDs and their toxicity. Furthermore, the evolving lay interest in the ability of low doses of aspirin to reduce cardiovascular events and protect against colorectal cancer has led to increased patient exposure to aspirin and its potential for GI injury.

In 1993 in Italy, 54 million packages of NSAIDs plus approximately 20 million packages of aspirin were sold, confirming the very high consumption of anti-inflammatory agents in our country. It is worthwhile pointing out that, in about 50% of cases, NSAIDs are taken by subjects over 60 years of age. In the Netherlands, almost 10% of the population had used a nonaspirin NSAID in 1987, and the overall use was 11 defined daily doses per 1,000 persons a day.

Due to the broad and nonspecific definitions of GI disorders caused by the use of NSAIDs, as well as differences in patient populations, drugs, dosages and duration of use, estimates concerning the prevalence of adverse effects vary greatly.

While the probability of drug-related complications and mortality in an individual is low, the vast number of individuals exposed to NSAIDs translates into a considerable problem from the healthcare economics viewpoint.(2)

Dyspeptic symptoms can occur in up to 60% of patients using these drugs, but up to 60% of individuals with NSAID-induced gastroduodenal lesions may remain symptomless.(3) In other words, the correlation between symptoms and lesions during NSAID intake is very poor(4) (see Figure 1), and this is particularly dangerous since bleeding and/or perforation of unsuspected ulcers is not heralded by premonitory symptoms, which could induce the patient to discontinue treatment.

Gastric ulcers were seen in approximately 13% of users, while duodenal ulcers were observed in 11%.(5) Considering that the prevalence of gastric ulcers in a normal population is 0.28%, this represents a 46-fold increased risk for gastric ulcer, while the increment for duodenal ulcer is only eightfold, from 1.4% in the normal population. Thus, an NSAID user is six times more likely to develop an ulcer in the stomach than in the duodenum.

As far as serious complications are concerned, about once in every 50–100 patient years, ulcer bleeding or perforation develops, requiring hospitalisation. As a consequence, probably at least 1,200 patients die each year in the UK.(6)

Risk factors
Since dyspeptic symptoms are not a reliable warning sign, it is mandatory not only to identify factors that increase the risk of serious GI complications, but also to determine methods to reduce this risk.

The factors that increase the risk of serious GI complications include increasing age, comorbid conditions, a previous GI event, concomitant medication usage (such as other NSAIDs, steroids, anticoagulants, antiplatelet drugs), type of NSAID and length of treatment (see Table 1).

Advanced age has been found to be a primary risk factor for adverse GI events. The risk increases linearly with age. When compared with younger subjects, elderly individuals using NSAIDs were about four times more likely to develop an ulcer complication requiring surgery than nonusers.(7,8) Chronic major organ impairment, particularly cardiovascular disease, has also been identified as an independent risk factor for GI complications.(9) With regards to the duration of NSAID therapy, although previous reports have suggested that the risk decreases over time (after one to three months), recent observations indicate that the risk of GI haemorrhage remains constant over an extended period of observation.(10)

Other risk factors identified in multiple studies are higher doses of NSAIDs (including the use of one or more NSAIDs), the type of NSAID, a history of gastroduodenal ulcer or GI bleeding, concomitant use of corticosteroids and an anticoagulant.(11–13)

The identification of Helicobacter pylori as a risk factor for GI complications in NSAID users is an unresolved problem. Results available concerning the role of infection in NSAID-related dyspeptic syndrome, gastroduodenal mucosal lesions and their complications are conflicting.

So what recommendations can be made with regard to H. pylori eradication in patients requiring treatment with NSAIDs? It is generally held that the eradication of H. pylori before the use of NSAIDs reduces the incidence of peptic ulcer, but does not enhance the gastric or duodenal ulcer healing in patients receiving antisecretory therapy who continue to take NSAIDs.(14)

Strategies to avoid NSAID-associated events (see Table 2)
The most obvious way to avoid GI toxicity due to conventional NSAIDs is to discontinue or reduce their use. A recent Canadian study reported the unnecessary prescription of NSAIDs during 41% of visits, and the increased risk of side-effects due to suboptimal treatment.(15) Indeed, the guidelines developed by the American College of Rheumatology (ACR) advise initial use of acetaminophen in osteoarthritic patients.

While some patients with osteoarthritis (OA) may respond to analgesics alone, others will require the anti-inflammatory effect of NSAIDs for adequate and appropriate management of their symptoms. The ACR guidelines emphasise that patients with rheumatoid arthritis (RA) should be submitted to an initial trial with NSAIDs, an essential component in the management of this condition.(16–18)

Thus, most patients with RA and many with OA are unable to tolerate the substitution of a pure analgesic for the anti-inflammatory effects derived from NSAID use. Indeed, it is often impossible to effect the substitution on account of quality of life issues. Therefore NSAIDs will frequently need to be continued in patients who may be at risk of developing NSAID-related toxicity.

Two strategies have been employed to enhance the safety profile of NSAIDs: the use of concomitant medications to protect the gastroduodenal mucosa, and/or the administration of safer anti-inflammatory drugs, such as COX-2 selective inhibitors.

The concomitant use of specific agents to prevent NSAID toxicity has focused upon two approaches: inhibition of acid secretion and replacement of prostaglandin deficiency.

A recent meta-analysis showed that PPIs demonstrated a more pronounced gastroduodenal prevention effect in the acute phase than H(2)-RAs, thus suggesting that the H(2)-RAs, at least at traditional acid-inhibitory dosages, do not seem to be competitive in the prevention of NSAID gastropathy. (19)

In the long term, the most exhaustive studies examining the efficacy of H(2)-RAs in traditional healing doses compared ranitidine 150mg twice daily with placebo.(20) Findings emerging from these studies also apply to other H(2)-RAs (cimetidine, nizatidine, famotidine) since, when given in equivalent acid suppressive doses, all have a similar effect on gastroduodenal mucosal lesions. Reports in the literature suggest that H(2)-RAs reduce duodenal ulcer rates but are ineffective in reducing gastric ulceration.(21) H(2)-RAs, at a high dose (famotidine 80mg/day), may also reduce the risk of gastric ulcers, although few data on this issue are available as yet.(22) Thus traditional doses of H(2)-RAs, used in acid suppression, are effective only for duodenal protection and leave the stomach unprotected.

Omeprazole (20mg daily) and pantoprazole (20 or 40mg daily) have been shown to reduce the risk of gastric and duodenal ulcers and NSAID-related dyspepsia. Current data from comparative studies versus ranitidine (150mg daily) and misoprostol (200–400µg daily) showed that, after six months of follow-up, the PPIs were significantly superior to ranitidine in reducing the risk both of gastric and duodenal ulcer, and to misoprostol in reducing the risk of duodenal but not of gastric ulcers (see Figure 2).(21,23)

As far as the correction of prostaglandin deficiency is concerned, misoprostol, at doses ranging from 400 to 800µg/day, is an effective form of therapy in the prevention of NSAID-induced gastric but not duodenal ulcers.(24) Furthermore, misoprostol 800µg daily appears to be adequate for the prevention of ulcer complications, particularly in high-risk NSAID users.(9) However, this drug displays several adverse effects, including diarrhoea, abdominal pain and increased uterine contractility. It is, indeed, contraindicated in women of childbearing age.

The data available seem undoubtedly in favour of PPIs as well-tolerated and effective drugs in the prophylaxis and treatment of NSAID-related mucosal lesions.(25) The mucosal lesions (erosions and ulcers) are, however, surrogate endpoints; we are therefore awaiting the outcome of studies aimed at evaluating the primary endpoints in patients taking NSAIDs (ie, ulcer complications and death).(26)

Treatment of NSAID-related events
With regard to the treatment of mucosal lesions, acid suppression with traditional ulcer healing doses of H(2)-RAs is effective in healing gastric and duodenal ulcers upon discontinuation of the offending drug. If the NSAID must be continued, H(2)-RA use is associated with a slight decrease in the healing rate.(21)

Marked acid suppression with PPIs (omeprazole 20–40mg, lansoprazole 30mg daily) appears more effective in healing gastric and duodenal ulcers in patients also continuing with the offending drug. An analysis of pooled data from comparative studies of omeprazole versus ranitidine, misoprostol and sucralfate shows a therapeutic gain in favour of the PPI, ranging from 10% to 40% (see Figure 3).(21)

The treatment of actively bleeding NSAID-related peptic ulcers remains a challenge and is, in some respects, controversial. Despite advances in endoscopic haemostatic techniques, rebleeding and mortality rates are still high. Therefore the possible benefit offered by intravenous administration of antisecretory drugs, as adjunctive treatment to endoscopic therapy, has stimulated much interest.

Despite the apparently weak supportive evidence, patients with bleeding ulcers continue to receive treatment with intravenous H(2)-RAs. It is now clear that H(2)-RAs are of no value in bleeding duodenal ulcers,(27) although they may exert a mildly beneficial effect in bleeding gastric ulcers with regards to the rebleeding rate and need for surgery, but they do not modify mortality rates.

More recently, the focus of antisecretory therapy has shifted to the PPIs, which are clearly more effective than H(2)-RAs in reducing gastric acidity and, unlike the H(2)-RAs, do not induce tolerance to their acid-suppressing effect. A recent meta-analysis showed that omeprazole and pantoprazole (administered as a bolus infusion of 80mg followed by a continuous infusion of 8mg per hour for at least 72 hours) are significantly more effective than placebo and H(2)-RAs in reducing rebleeding and surgery, although they do not appear to reduce mortality.(28,29)