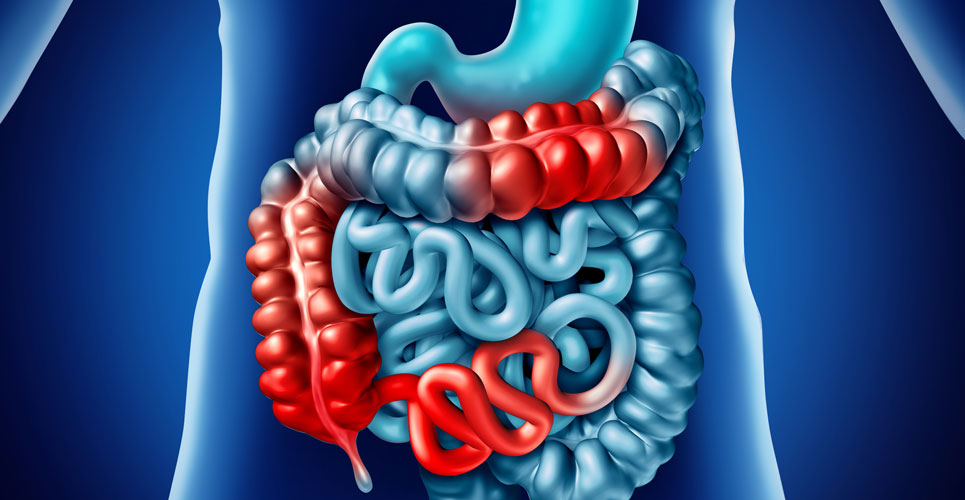 The appearance of new gastrointestinal symptoms in patients with irritable bowel disease is a sign of COVID-19 rather than a disease flare.

The development of gastrointestinal (GI) symptoms among those infected with COVID-19, occur in around 17.6% of patients. Whether the presence of GI symptoms is prognostic for more severe disease, however, remains unclear except perhaps for abdominal pain. Nevertheless, some data appears to suggest that the development of GI symptoms could even attenuate any COVID-19 associated inflammation. The term inflammatory bowel disease (IBD) is essentially an umbrella term encompassing both Crohn’s disease and ulcerative colitis although both conditions generally result in symptoms of diarrhoea, abdominal pain, fatigue, rectal bleeding and weight loss. Some evidence indicates that IBD patients infected with COVID-19, experience a higher incidence of both diarrhoea and abdominal pain, compared to non-IBD patients. In fact, in a review of 1028 patients with IBD infected with COVID-19, 20% experienced diarrhoea. Given that infection with COVID-19 can lead to gastrointestinal symptoms in nearly a fifth of patients without IBD, researchers from the Henry D Janowitz Division of Gastroenterology, Icahn School of Medicine, New York, US, decided to compare the symptoms experienced by IBD patients using data held within a global disease registry. The Surveillance Epidemiology of Coronavirus Under Research Exclusion for Inflammatory Bowel Disease (SECURE-IBD) is an international registry, created to monitor the outcomes of COVID-19 in both adults and children with IBD. Clinicians are advised to the voluntarily report all cases of PCR-confirmed infections in all their IBD patients onto the registry to enable the capture of data related to those with IBD. Using this registry, the team sought to determine the association between any new GI symptoms with the odds of death due to COVID-19 and any differences in the incidence of symptoms among those with active disease compared to patients where the disease was in remission.

Findings
Data were available for 2,917 IBD patients who had COVID-19, of whom, 26.4%, with a mean age of 43 years (55.5% female) developed new GI symptoms when infected with the virus. There was no significant difference in the incidence of new GI symptoms in those with Crohn’s disease or ulcerative colitis. Moreover, new gastrointestinal symptoms occurred more frequently in those with active disease compared to those in remission (29.4% vs 23.3%, p < 0.01). The pattern of symptoms was broadly similar between active and remission patients with the exception of abdominal pain. For instance, diarrhoea occurred in 83% vs 76% (active disease vs remission) and nausea in 24% vs 25% (active disease vs remission). In contrast, the incidence of abdominal pain was nearly double in those with active disease (44% vs 26%, active disease vs remission). In addition, patients with IBD experiencing new GI symptoms were more likely to be hospitalised because of COVID-19 (31.4% vs 19.2%, p < 0.01) although the development of new symptoms was not associated with a higher risk of death.
The authors discussed how the development of new gastrointestinal symptoms were unlikely to represent a disease flare in those with COVID-19, because a large number of those in remission also experienced new symptoms after becoming infected. They concluded that the presence of new gastrointestinal symptoms in a patient with IBD should clinicians to consider infection with COVID-19 although the team also felt that further studies were needed to determine if infection could trigger an IBD flare or even alter the subsequent course of the disease.