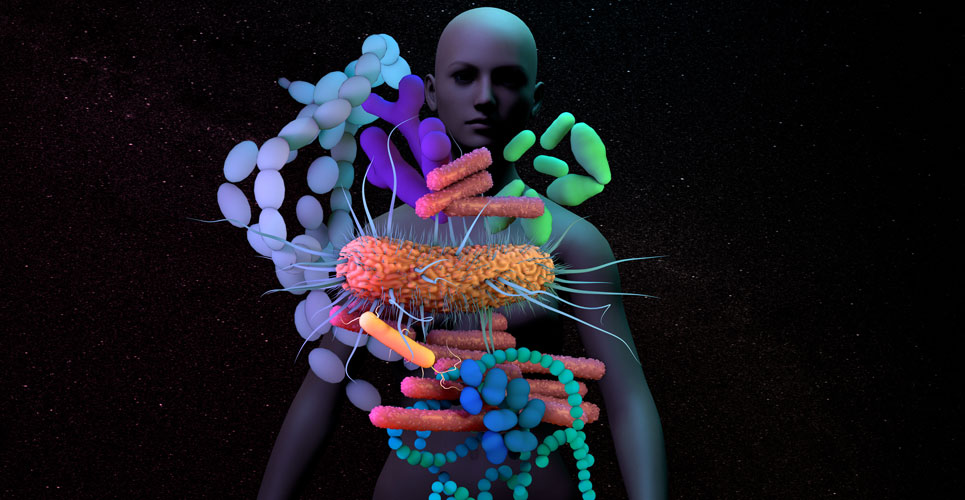 Increasing evidence suggests that the intestinal microflora or gut microbiome, has a direct effect on intestinal inflammation, prompting researchers to examine whether dietary changes could attenuate this response.

Our intestines contain a large number of bacterial, viral and fungal species which is commonly referred to as the gut microbiome and appears to be associated with the balance of pro- and anti-inflammatory responses seen within the intestine. Conditions such as inflammatory bowel disease are thought to be related to changes in the gut microbiome and there is also evidence that disturbances of the microbiome cause a range of immune-mediated inflammatory diseases such as multiple sclerosis, rheumatoid arthritis and systemic lupus erythematosus. Because microbes within the gut rely on dietary substrates derived from foods, it has been postulated that changes to an individual’s diet might impact upon the balance between pro- and anti-inflammatory responses. While there is increasing knowledge of the importance to dietary health from specific components within foods, much less is known about the effect of whole foods and specific dietary patterns. This led a team from the Department of Gastroenterology and Hepatology, University of Groningen, The Netherlands, to investigate the relationship between dietary factors and the microbiome. The researchers chose four different patient cohorts: those with Crohn’s disease, ulcerative colitis, irritable bowel syndrome (IBS) and the general population as a healthy control group. Dietary information was obtained from food frequency questionnaires that assessed how often a particular food was eaten over the previous month and participants were asked to provide a faecal sample which was subjected to microbial analysis. The team then used clustering to identify dietary patterns and microbial clusters.

Findings
A total of 1425 individuals suffering from Crohn’s (205), ulcerative colitis (126), IBS (223) and healthy controls (871), completed the food questionnaires and provided samples. The team identified 38 associations between dietary patterns and microbial clusters and there were 61 foods associated with an equal number of microbial species and 249 bacterial metabolic pathways. Furthermore, these were consistent across the different patient cohorts, indicating that it could be possible for targeted dietary changes to alleviate intestinal inflammation.

The data also revealed how consumption of processed and animal derived foods were consistently associated with microbes that had mainly pro-inflammatory effects. In contrast, plant foods, fish, nuts and cereal consumption was linked with higher levels of species involved in anti-inflammatory activity. The authors concluded that their data indicated how greater consumption of plant-based foods has the potential to reduce intestinal inflammatory processes by targeting the microbes involved.