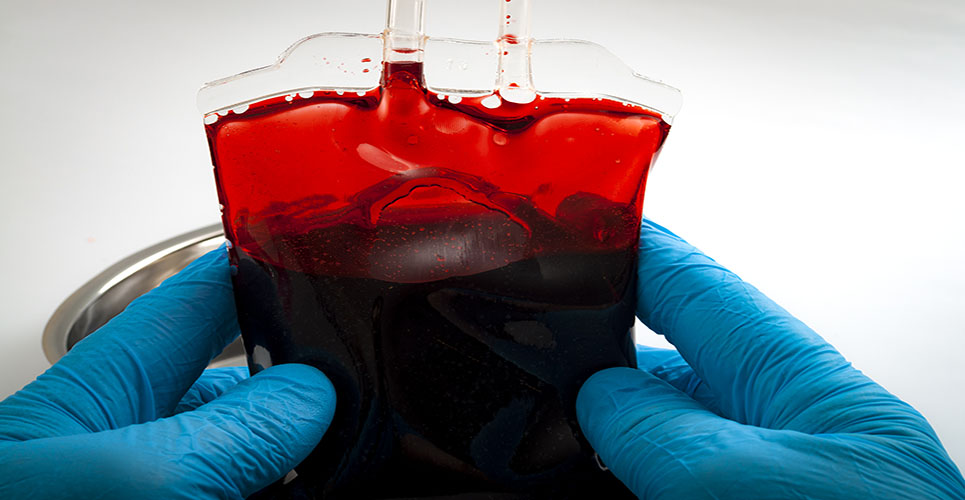 Positive Phase III data for emicizumab in haemophilia A with inhibitors

Roche Products Ltd and Chugai Pharma UK Ltd have announced that data from HAVEN 1, a Phase III study of the investigational medicine emicizumab in people aged 12 or over with haemophilia A with inhibitors, were published online in The New England Journal of Medicine (NEJM).

Roche Products Ltd and Chugai Pharma UK Ltd have announced that data from HAVEN 1, a Phase III study of the investigational medicine emicizumab in people aged 12 or over with haemophilia A with inhibitors, were published online in The New England Journal of Medicine (NEJM).
The study (n=109) showed that after an average of over six months of treatment, people with haemophilia A with inhibitors to factor VIII therapy who were treated with emicizumab had a 87% reduction in their treated bleed rate compared to those who received on-demand bypassing agents (BPAs). People receiving emicizumab had an annualised rate of treated bleeds of 2.9 versus 23 with BPAs. Furthermore, 63% reported zero treated bleeds with emicizumab compared to 6% in the control arm. Significant improvements were also seen in health-related quality of life (HRQoL) measured at 25 weeks, using two validated questionnaires (Haem-A-QoL and EQ-5D-5L).1 These data, as well as the interim analysis of the Phase III HAVEN 2 study of emicizumab in children aged 122 or under were presented at the 26th International Society on Thrombosis and Haemostasis (ISTH) Congress in Berlin.
Dr Gerry Dolan, Consultant Haematologist and Centre Director at Guys and St Thomas’ NHS Trust, and UK Principal Investigator in the HAVEN 1 study commented: “Inhibitor development is currently the most significant treatment complication seen with haemophilia A and is associated with considerable morbidity and a decreased quality of life. Emicizumab has shown a significant reduction in the number of bleeds compared to on demand use of bypassing agents.”
Approximately 25 to 30% of people with haemophilia A develop inhibitors, or resistance, to factor VIII replacement therapy,3 which can leave it ineffective.4 This limits treatment options, which puts people at a higher risk of bleeding; including repeated bleeding into their joints and can result in long-term joint damage.5
Liz Carroll, chief executive of The Haemophilia Society, said: “Development of an inhibitor has a huge impact on the life of a person with haemophilia A. It vastly increases the unpredictability of their condition, significantly increases their treatment needs and puts them at a far greater risk of dangerous or damaging bleeds. We welcome the positive trial results for a medicine that could reduce the extent and difficulties of treatment, which is a significant step forward for our members.”
Data from both HAVEN 1 and HAVEN 2 have been submitted for approval consideration to the European Medicines Agency (EMA) and the US Food and Drug Administration (FDA). The FDA granted Breakthrough Therapy Designation for emicizumab in adults and adolescents with haemophilia A with inhibitors in September 2015. Additional studies evaluating emicizumab in people with haemophilia A, both with and without inhibitors and exploring less frequent dosing regimens are ongoing.