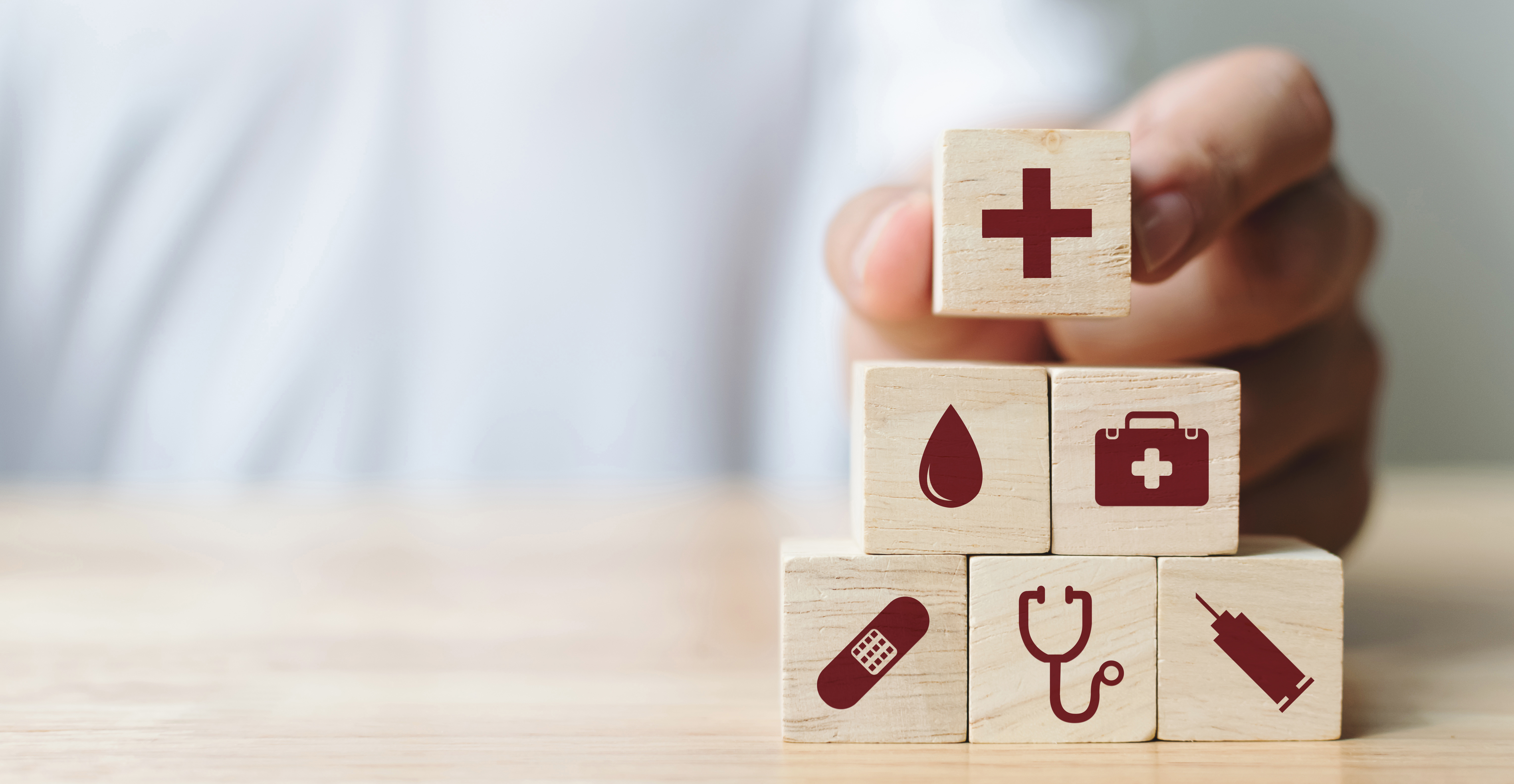 The use of a closed system transfer device (CSTD) can extend the sterility of hazardous drug doses and could provide significant cost savings, Stephen Eckel, Assistant Pharmacy Director at the University of North Carolina Hospitals, North Carolina, told the audience at a satellite meeting held by Carmel Pharma at the American Society of Health-System Pharmacists Midyear Clinical Meeting in December 2010.

Interest in this topic stemmed from concern about the amount and value of drugs left in vials when they are discarded and about the feasibility of using this residue, he continued. In the USA ‘beyond use dates’ (BUDs) have been prescribed in the United States Pharmacopeia (USP) chapter 797. The BUD specifies the time after which microbiological stability cannot be guaranteed and is different from the expiration date, which indicates the time after which chemical stability cannot be guaranteed. Currently, a product prepared from a single dose vial under International Organization for Standardization (ISO) Class 5 conditions cannot be stored for longer than six hours. The six-hour rule is derived from the standard microbiological growth curve where there is little growth in the first six hours and exponential growth thereafter, said Dr Eckel.

Retrospective and prospective studies conducted at Dr Eckel’s hospital have estimated that about $750,000 (€540,000) per year could be saved on 19 chemotherapy agents if BUDs were to be extended to 72 hours and that this might be possible using a CSTD (PhaSeal®, Carmel Pharma). A separate study examined the potential for bacterial growth in chemotherapy products by inoculating samples of retrieved drugs (compounded but not used) six hours after preparation with typical pathogens. Two levels of inocula were used – one (102 organisms) to simulate finger contact with the rubber stopper and a second (105 organisms) to simulate sneezing over the vial. The results showed that there was no consistency in the ways that the microorganisms responded. For example, cyclophosphamide killed all organisms but other chemotherapy agents did not, whilst monoclonal antibodies appeared to support growth said Dr Eckel. Real-time microbiological testing of prepared doses suggested that there was a low level of contamination but this could have been due to contamination during plating rather than contamination of the product during preparation. He concluded that the use of CSTDs could support extended sterility of prepared doses. He also suggested that it might be advantageous to use CSTDs for expensive drugs that are used frequently so that they could be used more economically.

Chromosomal changes
Rigorous epidemiological research has shown that healthcare workers who handle antineoplastic drugs can develop the same types of chromosomal changes as patients who develop secondary malignancies when they receive the drugs for cancer treatment, according to Melissa McDiarmid, Professor of Medicine, Epidemiology and Preventive Medicine at the University of Maryland, Baltimore.

Antineoplastic agents are a group of chemically unrelated drugs that have antitumour activity and the alkylating agents and topoisomerase II inhibitors are of particular interest because they act directly on DNA. They cause both developmental toxicity and genotoxicity. No fewer than 14 antineoplastic drugs are classified as Group I carcinogens by the International Agency for Research on Cancer (IARC) and many more fall into Group 2A (presumed human carcinogens). Much of this information is derived from reports of treatment-related myelodysplasia. Thus, patients are “the positive controls for what you might expect to see in workers who are underprotected,” said Professor McDiarmid. These data have been gathered during our lifetimes, and, moreover, antineoplastic drugs are increasingly being used for non-fatal diseases.

Therapy-related myelodysplastic syndrome (t-MDS) and therapy-related acute myeloid leukaemia (t-AML) are characterised by changes in chromosomes 5,7 and 11, explained Professor McDiarmid. This information prompted researchers to ask if similar changes might be seen in workers who were exposed to low doses of antineoplastic agents over long periods. Previous biomonitoring studies have detected antineoplastic agents in the urine of drug handlers – and sometimes non-drug handlers. In addition, other studies have shown non-specific genotoxic changes. However, until recently no study had looked for the signature lesions of t-MDS and t-AML on chromosomes 5, 7 and 11 in healthcare workers who handled antineoplastic agents.

A study published in 2010 was performed at three university hospital cancer centres in the USA to examine oncology nurses, pharmacists and pharmacy technicians who handle antineoplastic agents. There were 109 participants – 63 of whom were exposed to antineoplastic agents in the course of their work and 46 matched controls. Exclusion criteria were rigorously applied to prevent confounding of data. Professor McDiarmid said: “It was really difficult to find a ‘clean’ pharmacist,” – who had not been exposed to anti neoplastic agents. The study included environmental sampling, prospective recording of every drug-handling event, biological monitoring for specific anticancer drugs in urine and measures of genotoxic effects. An important feature of the study was the use of fluorescent in-situ hybridisation (FISH) to detect chromosomal changes. This detects stable chromosomal aberrations and so can be likened to having an integrated dosimeter for long-term drug exposure, explained Professor McDiarmid. In addition, workers were asked to keep a handling diary, in which defined ‘handing events’ were recorded on a daily basis for a six-week period. This provides a more epidemiologically robust way to report exposure than simple estimates. Environmental and biological monitoring for the presence of antineoplastic agents completed the investigations.

Participants reported an average number of 153 handling events each, with pharmacy staff reporting twice as many handling events as nursing staff. Alkylating agents were the most commonly used products. The results showed dose-related changes to chromosomes 5 and 7 and the changes were more marked when handling of alkylating agents alone was analysed. Topoisomerase II inhibitors accounted for only 4% of handling events and therefore there were insufficient data for analysis.

Professor McDiarmid concluded that the study demonstrates the presence of the signature lesions of t-MDS and t-AML in the healthcare workers who handled antineoplastic agents. Furthermore, biological exposure to genotoxic agents was clearly occurring despite reported compliance with National Institute for Occupational Safety and Health (NIOSH) guidelines for environmental and personnel protection.

When he took over a private physician’s office he found a compounding room (where chemotherapy doses had been prepared) in which the walls were splashed with yellow and red stains from cytotoxic preparations and the ceiling had lavender-coloured marks that turned out to be mitomcyin C. He then used previously published data that showed how the introduction of CSTDs could reduce environmental contamination and exposure of personnel to cytotoxic drugs to explain to pharmacy staff and hospital managers why and how procedures had to change.

As a result a CSTD (PhaSeal®, Carmel Pharma) was brought into routine use in the preparation of cytotoxic doses. Environmental contamination was monitored before and after the introduction of the CSTD. Wipe samples were collected and tested for cyclophosphamide, ifosfamide and 5-fluorouracil. The results showed a marked reduction in contamination levels in all areas after the implementation of the CSTD.

Funding remains the main barrier to the widespread implementation of CSTDs and one major difficulty here is that there is no code for CSTDs in either the Healthcare Common Procedure Coding System (HCPCS) that is used for drugs or any of the other coding categories, said Dr Tyler. l

Resources
NIOSH (National Institute for Occupational Safety and Health)
NIOSH is the federal agency responsible for conducting research and making recommendations for the prevention of work-related injury and illness. www.cdc.gov/niosh

IARC (International Agency for Research on Cancer)
IARC’s mission is to coordinate and conduct research on the causes of human cancer, the mechanisms of carcinogenesis and to develop scientific strategies for cancer prevention and control. www.iarc.fr