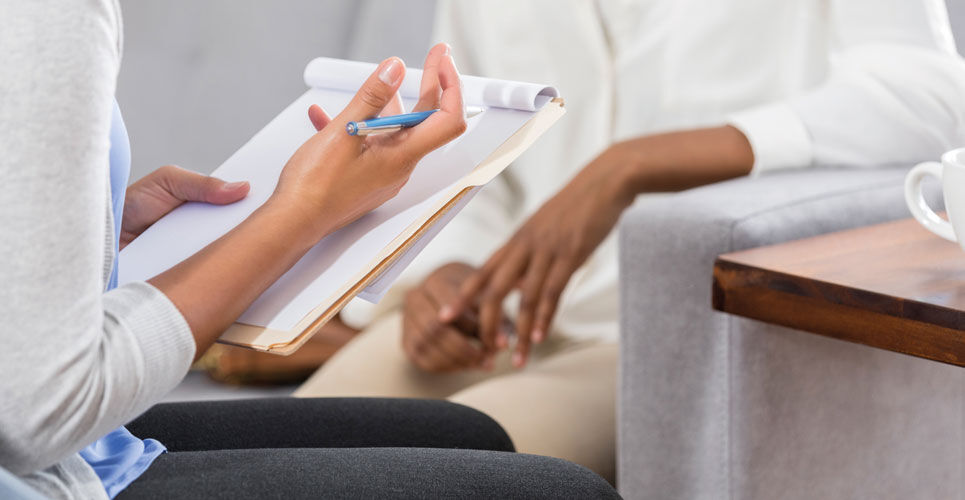 People with severe mental illness die about 10–20 years earlier than the general population, mainly due to physical health disease. Evidence about the role of pharmacy in optimising care in this vulnerable patient population is provided in this article

People with severe mental illness (SMI), defined here as bipolar affective disorder, schizophrenia, schizoaffective disorder and other non-organic psychotic disorders, are at a substantially higher risk of premature death, in that they die 10–20 years earlier than the general population.1,2 SMI represents a leading cause of the global burden of disease with high morbidity rates and an estimated excess mortality of 1.5–3-times higher than the general population.3 While unnatural causes, including suicide, homicide and accidents explain some of this reduced life expectancy,4 it is now firmly established that physical health diseases account for the overwhelming majority of premature deaths.5

The mortality gap exists in countries considered to have high standards of healthcare6–10 and there is also evidence that the mortality gap has increased over time.11,12 This appears to indicate that individuals with SMI have not experienced the same benefits from developments in healthcare as the general population.12 The premature and excess morbidity and mortality in people with SMI has ramifications not only for mental health and all health services but also for human rights and equity. A situation that has been labelled a scandal and in contravention of international conventions for the ‘right to health’.13

Among physical health diseases, cardiovascular disease (CVD) and diabetes are the main potentially avoidable contributors to early death in people with SMI.5 In a comprehensive meta-analysis of CVD risk in individuals with SMI, which included 3,211,768 patients and 113,383,368 controls, individuals with SMI had a statistically significant increased risk of coronary heart disease (CHD) compared to controls; a 54% higher risk in longitudinal studies and 51% higher risk in cross-sectional studies.14 Studies have reported that among patients diagnosed with diabetes, those with SMI have 50% higher mortality15 and an increased risk of complications requiring specialist treatment16 compared to people without SMI. These findings are well substantiated by multiple meta-analyses and systematic reviews.

People with SMI have a higher relative risk (1–5-fold) for modifiable cardiometabolic factors. The prevalence of hyperglycaemia, hypertension, dyslipidaemia and hyperlipidaemia in those with SMI has been reported to be 19%, 33.2%, approximately 48% and 61%, respectively.17–19

Public health data from the UK and the US suggest that around two-thirds of people with SMI are current smokers, approximately double that of the general population.20,21 Literature reviews indicate that people with SMI are 2–3-times more likely than the general population to be overweight or obese.22,23 This might be related to a poor diet as reported in a systematic review and meta-analysis of 58 studies.24

Furthermore, metabolic syndrome (MetS) is one of the most prevalent risk factors for developing CVD in those with SMI.25,26 Thirty-seven per cent of those with chronic schizophrenia have MetS compared with 24% in the general population.27

The World Health Organization (WHO) considers the premature and excess morbidity and mortality in individuals with SMI a public health priority and it is included within the WHO’s Comprehensive Mental Health Action Plan.28

A poor quality of care

Worldwide studies demonstrate that it is now well established that people with SMI receive a poor quality of care for their physical health when compared to the general population, from health promotion and disease prevention and screening through to interventions.29–32 Despite having twice as many contacts with healthcare services, individuals with SMI receive less physical health screening, fewer prescriptions and fewer procedures,33,34 and lower rates of CVD diagnosis even though, as outlined earlier, the risk of these patients dying from CVD is higher.33,35,36 Specific examples include lower rates of surgical procedures such as coronary artery bypass and revascularisation and fewer prescriptions for cardiovascular medication.34,36

The mainstay of treatment for most people with SMI is antipsychotic medication. Antipsychotics are associated with an increased prevalence of CMR, MetS and related diseases including dyslipidaemia, impaired glucose tolerance and weight gain;37,38 the greatest weight gain has been reported to occur during the first few months of use.37,39,40

Marked differences exist in the incidence associated with different antipsychotic medication, the (so-called) second generation olanzapine and clozapine being associated with the highest incidence and aripiprazole, lurasidone amongst others associated with the lowest.41,42 Large-scale observational studies indicate that all-cause mortality is reduced when continuous long-term antipsychotic use is maintained, this is attributed to reduced relapse rates, healthier lifestyles, less psychosis-related cortisol increases, and increased engagement with health services.35,43,44 Judicious prescribing can reduce excess mortality in individuals with SMI. Recent studies and evidence summaries highlight the positive impact on mortality of continuous treatment), appropriate dose ranges, and current and long-term use.

High rates of lifestyle behaviours such as smoking exist but studies clearly and consistently demonstrate that contributory factors to morbidity and mortality extend beyond diagnosis, medication and lifestyle behaviours.1,29 For example, despite the wealth of evidence that a large majority die of CVD, only one quarter receive a diagnosis for this.35 After controlling for whether a diagnosis has been made, the risk of death due to ischaemic heart disease equates almost equal to that of someone in the general population.35

Guidelines have been developed and disseminated to address this excess morbidity and mortality. These primarily target mental health, lifestyle behavioural risk factors, and screening and management for physical health. As far back as 1995, elements of physical healthcare including CMR, MetS and related diseases were incorporated into government guidelines for SMI in parts of Australia.45 In the UK, guidelines for schizophrenia were first published by the National Institute for Health and Care Excellence (NICE) in 200246 and included recommendations for regular physical health screening. Then, in 2004, as a result of a US Food and Drug Administration (FDA) warning about the association of antipsychotics with an elevated risk of type 2 diabetes, the American Diabetes Association and the American Psychiatry Association published joint guidelines explicitly outlining the need for routine screening for diabetes for people taking antipsychotics.47

Up-to-date versions of these guidelines recommend coordination among mental health and primary care providers, and delivery of general physical health services in mental health settings.37,48–51 Manufacturers of antipsychotics include clear statements about screening and management for CMR, MetS and related diseases in their Summary of Product Characteristics; the prescription of such medication should be in line with this legal document.

Despite the convincing evidence for the association of antipsychotic use and CMR, MetS and related diseases in people with SMI and explicit recommendations provided by guidelines, screening is often incomplete or inconsistent.52

A review carried out in 2012 of 39 internationally published studies reported that rates of routine baseline screening were low (50% solely for blood pressure and 59.9% for triglycerides), less than 50% for cholesterol (41.5%), glucose (44.3%), weight (47.9%) and HbA1c (<25%).52 A review conducted in 2016 suggested that interventions to improve screening for obesity, hyperlipidaemia and hypertension can be effective at improving the detection of CMR, MetS and related diseases.

The Health and Social Care Act 2012 (UK) set out a clear and explicitly legal responsibility for the National Health System (NHS) to deliver parity between mental and physical health. Further, secondary care psychiatric/mental health NHS trusts were given financial incentives to work towards meeting indicators under a Commissioning for Quality and Innovation Scheme (CQUIN). This included carrying out and recording screening and management for CMR, MetS and related diseases for people with SMI. Significantly, the scheme mandated communication with the patient’s general practitioner on discharge from secondary care. In the USA, a proposition was put forward that individuals with SMI be considered a health disparity group by the federal government.53 This included a requirement to track health statistics of this population and to provide more opportunities supporting these patients with their health.53

Individuals with SMI represent a vulnerable group with multiple and substantial healthcare needs. The excess morbidity and mortality in individuals with SMI continue to be an important global public health problem. The excess morbidity and mortality in this population are mainly due to preventable physical health illnesses related to CMR, MetS and related diseases. Despite identified and established risk factors for morbidity and premature mortality, evidence for effective interventions for CMR, MetS and related diseases in people with SMI is limited. Pharmacy is increasingly being highlighted as a profession that has the potential to contribute to comorbid physical and mental healthcare in both primary and secondary care settings. However, robust high-quality research supporting the role of pharmacy providing care for CMR, MetS and related diseases in individuals with SMI is lacking.

The role of pharmacy

A literature review explored the use of pharmacy in the management of CMR, MetS and related diseases in SMI.54 An important focus of this review was to explore implementation strategies to improve physical health screening, such as HbA1c for diabetes, and related interventions such as smoking cessation or reduction. This review reported that face-to-face interactions of pharmacists with others, such as patients or healthcare professionals, is a specific aspect that is important in achieving a statistically significant impact on health screening and related interventions. This might be, for example, a pharmacist-led multidisciplinary ward round or pharmacist outreach visits.

This literature review identified gaps in the current evidence base. This included, for example, screening of waist circumference and weight/weight change, cardiovascular and diabetes risk assessment using formal risk assessment tools/calculators or high-dose antipsychotic or polypharmacy with antipsychotics. Currently, guidance within the UK recommends the use of QRISK® to assess the risk of CVD in people with schizophrenia.55,66 Also lacking were studies involving pharmacy technicians in any patient facing roles.

A lack of data was found about the role/involvement of community pharmacy or pharmacy professionals other than pharmacists (i.e., pharmacy technicians) within primary care, follow up of individuals after implementation of a study intervention, utilisation of behaviour change, or self-management techniques community or family support.54

Also absent from the data was an in-depth exploration of the views, perceptions, or experiences of patients, (their) informal carers or caring dyads, pharmacy and care professionals where formal qualitative data synthesis had been undertaken. This is critical as it might inform the acceptability of service developments. Furthermore, such evidence would be central in establishing an agreed set of standards to assess and understand patients’ experiences of care in in facilitating and identifying those things that matter the most to patients. To address this specific gap, a PhD study was undertaken and completed in 2021.57

The PhD study reported many areas of unmet need. In particular, patients’ experiences of a lack of in depth, significant and meaningful interactions with pharmacists. Furthermore, patients have a desire for information exchange about CMR, MetS and related diseases as side effects of medication, rather than being informed and/or just simply being provided with a leaflet. A key step for pharmacy practice to impact on this is to increase pharmacist–patient facing interactions to facilitate the formation of long-lasting trusting relationships.

A starting point for this could be to build these practices into routine interactions, for example when a patient collects medication from the community pharmacy. In the long-term, increased frequency and depth of interactions can only be facilitated by appropriate resourcing of pharmacists to do this. Evidence from this study suggests that such a change will require not only increased numbers of pharmacists but also a change in working practices.

Changes in ways of working should incorporate the aspects of social, cultural, policy and healthcare organisational structures documented in this study. These challenges are created by medical hierarchies and the power dynamics and imbalances, labour divisions and boundaries of responsibility between care professions that compromise interdisciplinary working. Ultimately, this would encourage person-centred care with the aim of building trusting relationships, which is key in this vulnerable population.