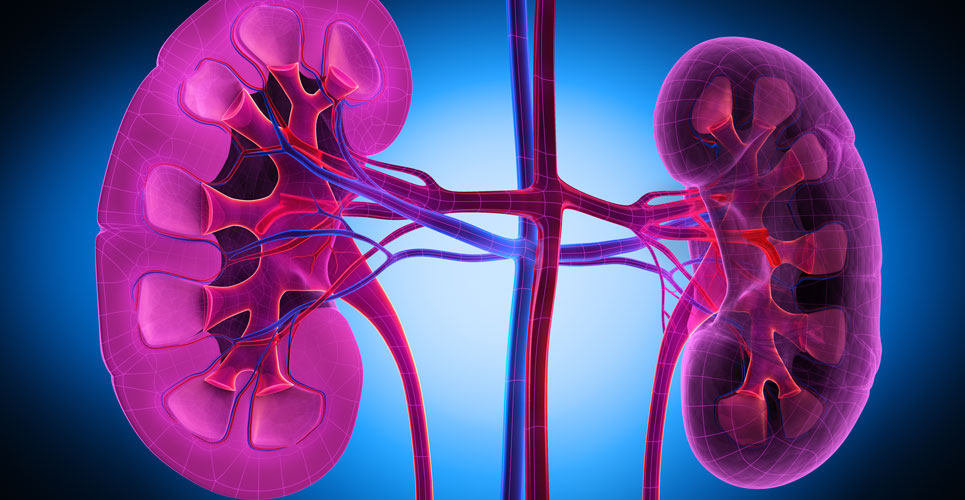 Blood test can detect rejection by antibodies after kidney transplant

A group of European scientists led by KU Leuven has found a biomarker that can identify patients with symptoms of kidney rejection symptoms after a transplant as a result of antibodies.

The identification can be done through a simple blood test and at an early stage. It is the first known biomarker for rejection by antibodies. The researchers hope that the test can be further developed quickly for use in the hospital.

After a kidney transplant, rejections occur frequently. To determine if the body is rejecting the organ, doctors usually take a biopsy. Moreover, rejection symptoms are often discovered too late, so that correct treatment is not always possible anymore.

At the University Hospitals Leuven in Belgium, kidney transplant patients systematically undergo a kidney biopsy three months, one year, and two years after the transplant. However, the biopsy only can detect rejection symptoms that are present at that moment, while rejection can occur at any time. Moreover, about 10-20% of rejections remain undetected with current methods, which leads to graft failure, reinitiation of dialysis and the need for a repeat transplant.

Milestone in kidney transplant research
For several years, kidney transplantation research has focused on finding biomarkers that can detect symptoms of organ rejection in the blood. Such a biomarker has now been discovered in a European study in four university hospitals (Leuven, Paris, Hannover and Limoges) that was spearheaded by nephrologists from KU Leuven.

It is the first time that researchers have found a biomarker for kidney transplant rejection by antibodies. For T cell-mediated rejection, a common type of rejection, some biomarkers in the blood have recently been found, which are now being further developed for clinical use. Rejection by T cells is treatable, but there are fewer treatment options for rejection with antibodies.

Clinical value
“Rejection by HLA antibodies often has serious consequences,” said professor Maarten Naesens, nephrologist at the University Hospitals Leuven and principal investigator of the study. “Traditional tests for assessing the function of transplanted kidneys can often only identify rejection when it is already chronic and irreversible. Thanks to our biomarker, we can detect rejection much earlier and with a simple blood test. Because the test is less invasive, we will be able to test more often than with the current biopsies.”

In the first phase, the European researchers performed a genome-wide study to find out differences in RNA molecules among 117 patients with and without kidney rejection symptoms after a transplant. In the second phase, the different molecules of an independent group of 183 patients were processed into a mathematical model. The final biomarker consists of eight RNA molecules that are measured with an RT-PCR technique. In the third phase, the biomarker was validated in 387 patients in four European academic hospitals.

“In addition to developing the biomarker, that third phase was very important,” said Dr Elisabet Van Loon from the Nephrology and Kidney Transplantation research group at KU Leuven. “Researchers are often satisfied with a new discovery, even though they are unable to test it in independent clinical studies. Thanks to international cooperation, we could validate our biomarker in a large group of patients. That gives us a lot of confidence in the clinical value of the new biomarker. “

The researchers now want to consult with medical diagnostic companies to further develop and standardise the test. “In principle, our antibody rejection test has been sufficiently validated for commercialisation,” said Professor Naesens. “This is the next and necessary step to be able to offer the test to patients. With the test, patients who have no rejection of antibodies will no longer have to undergo a biopsy. The biomarker will also help to detect rejection sooner and will support the search for better medicines against rejection by antibodies.”