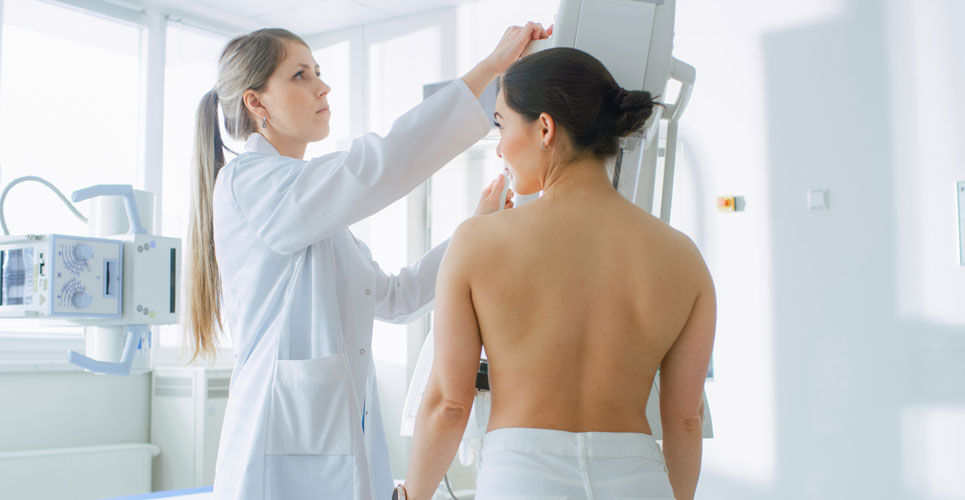 An artificial intelligence (AI)-based breast cancer screening protocol showed a similar sensitivity to radiologists and might therefore reduce their workload, according to a retrospective analysis

The use of an AI-based breast cancer protocol has a similar screening sensitivity and a slightly higher specificity than radiologists and could therefore conceivably reduce their workload. This was the conclusion of a retrospective analysis by researchers from the Department of Computer Science and Public Health, University of Copenhagen, Copenhagen, Denmark.

Breast cancer arises in the epithelium of the ducts or lobules in the glandular tissue of the breast and according to the World Health Organization, in 2020 there were 2.3 million women diagnosed with breast cancer and 685 000 global deaths. Population screening of women enables the detection of the early signs of breast cancer and one European analysis of observational studies concluded that the estimated breast cancer mortality reduction from invited screening was 25-31% and 38-48% for women actually screened. Despite being the most commonly used method for detecting breast cancer, 10%-30% of breast cancers may be missed at mammography. While there might be several reasons for this, one possible reason is behavioural factors. For example, in one study of six radiologists who reviewed 100 breast cancer scans, when the prevalence of disease was artificially set at 50%,they missed 30% of the cancers. In contrast, when the prevalence was raised, participants missed just 12% of the same cancers. This study therefore suggested that if a disease prevalence is much higher, radiologists are more likely to be on the look-out for suspicious scans.

The use of an AI-based system for reading breast cancer scans could remove this behavioural effect. In fact, such systems have been shown to maintain non-inferior performance and reduced the workload of the second, radiologist reader by 88%. For the present study, the researchers wondered if an AI-based breast cancer system could be safely used for population screening and reduce the number of mammograms that required reading by a radiologist.

Using a retrospective design, the researchers examined whether the AI-based cancer protocol was able to detect normal, moderate-risk and suspicious mammograms. They used data from a breast cancer screening program and each of the mammograms was scored from 0 to 10 (to designate the risk of malignancy) by the AI-based cancer tool. The team then compared the AI-based cancer system and radiologists with respect to screening performance and used the area under the receiver operating characteristics curve (AUC) to compare performance.

Based on these findings, the authors calculated that use of the AI-based cancer system led to a 62.6% radiologist workload reduction. Moreover, the AI-based system reduced the number of false-positive screenings by 25.1%.

They concluded that incorporation of an AI-based cancer system for population-based screening could both improve these programs and reduce radiologist workload and called for a prospective trial to determine the impact of AI-based breast cancer screening.