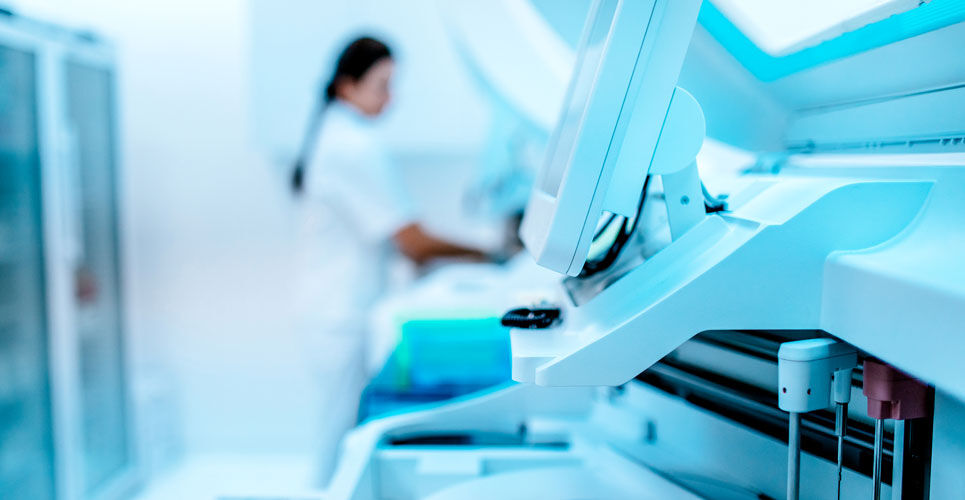 The National Health Service (NHS) should offer all cancer patients genetic profiling of their cancers at diagnosis and during treatment to shape care and track how the disease evolves, a consensus group of leading experts has concluded.

Group members said action was needed to ensure use of cancer treatments was routinely guided by information about a patient’s individual cancer.

They called for barriers preventing patients from gaining access to biomarker tests to be removed – so genetic information and other tests could routinely be used to select the most suitable precision medicine for each patient.

The consensus group was convened by The Institute of Cancer Research, London, and included nine leading institutions, charities, stakeholder groups and life-science companies, including Cancer Research UK and the Association of the British Pharmaceutical Industry.

Biomarker tests look for genetic, protein or imaging ‘markers’ to identify which patients are most likely to respond to treatment.

It is crucial for clinicians to be able to assess biomarkers so they can select patients with particular weaknesses in their cancers and match treatment accordingly. But the consensus group warned that testing is not always done because regulatory processes and resources have not kept pace with the science.

The Institute of Cancer Research (ICR) is releasing new consensus statements today (8 August 2022). The other members in the consensus group convened by the ICR include AbbVie, the Association of British HealthTech Industries (ABHI), AstraZeneca, Bioclavis, Bristol Myers Squibb, Leukaemia UK and Precision Life.

The statements are calling for a series of changes in the way biomarker tests are developed, made available and routinely used in the UK:

Regulatory barriers to biomarker testing and development have a direct impact on patients – potentially denying them more personalised treatment.

Biomarker testing and development is expensive – currently, the costs of developing biomarker tests often outweigh the financial benefits of doing so, discouraging industry and academia from investing in biomarker research.

But targeting therapies to those who are most likely to respond would be more cost-effective for the NHS. And clinical trials that use biomarkers to select patients are much more likely to succeed and result in marketing approval.

The ICR and the rest of the consensus group members hope that the calls to action in the new 13-point set of consensus statements will help speed up development of biomarker tests and widen access to them – so that the best treatments can reach the right patients as quickly as possible.

Professor Kristian Helin, Chief Executive of The Institute of Cancer Research, London, said: “We believe every cancer patient should have the opportunity for their cancer to be molecularly profiled to assess biomarkers that can give vital clues about how their disease should best be treated. Biomarker tests can direct treatment precisely to the patients who will most benefit, which can both improve the lives of patients and increase the cost-effectiveness of treatment for the NHS.

“It’s essential that the regulations that govern clinical trials and the approval of new tests and treatments keep pace with the rapidly moving science. At the moment, it can be hard to get new biomarker tests developed, approved and made available for patients. That can in turn act as a disincentive for companies and academics to develop new biomarkers to guide treatment in the future.”

Dr Jennifer Harris, Director of Research policy at the ABPI, said: “All patients, including cancer patients, should be able to get the best treatments available for their condition.

“Biomarker tests provide crucial information to help doctors select the treatments that will have the best chance of success in each person.

“Overcoming the barriers to developing and using biomarker tests would be a big step forward for personalised care. We will continue to work with the ICR and other partners to help make this happen“.