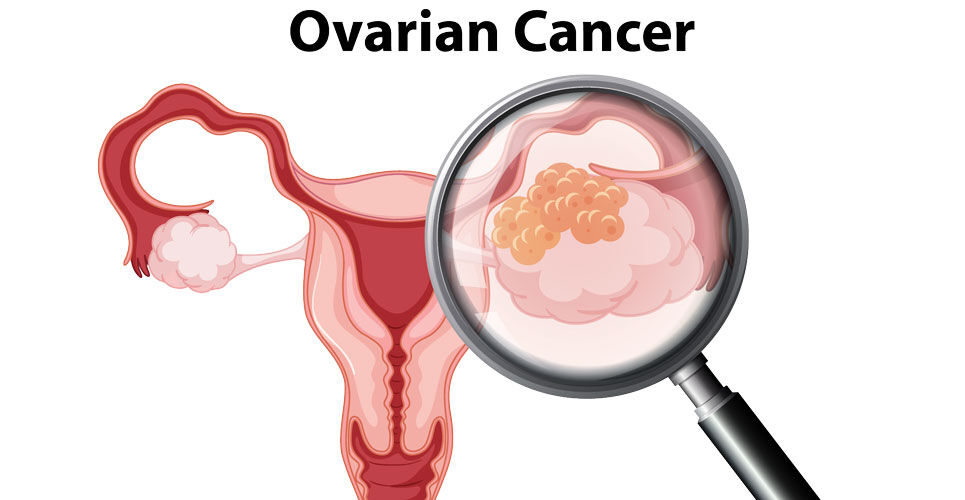 Apatinib addition to pegylated liposomal doxorubicin (PLD) in patients with platinum-resistant recurrent ovarian cancer, led to a significant improvement in progression-free survival compared to patients given PLD alone, according to the results of a randomised trial by Chinese researchers.

Globally in 2020, there were an estimated 313,959 incident cases of ovarian cancer (1.6% of all cancers) which resulted in 207,252 deaths. Symptoms of epithelial ovarian cancer are non-specific and include abdominal bloating, fatigue, headaches which helps explains how around 75% of patients present with advanced (stage III or IV) disease. While adjuvant chemotherapy with carboplatin/paclitaxel has become standard, round 70 % of ovarian cancer patients relapse after primary cyto-reductive surgery and standard first-line chemotherapy. In such cases, mono-therapy with pegylated liposomal doxorubicin (PLD), docetaxel, paclitaxel, or topotecan remain the predominant therapeutic option. One new approach is to combine single-agent chemotherapy with biologic therapies. For example, the monoclonal antibody bevacizumab, which targets all isoforms of vascular endothelial growth factor (VEGF)–A is an effective option. For example, in the AURELIA trial, adding bevacizumab to chemotherapy produced a statistically significant improvement in progression-free survival and overall response rate. Apatinib is an oral tyrosine kinase inhibitor that selectively inhibits VEGF receptor 2 and apatinib addition to oral etoposide showed promising efficacy and manageable toxicities in patients with platinum-resistant ovarian cancer. Unfortunately, a limitation with this was that it involved apatinib addition to etoposide hence the authors were unable to measure the effectiveness of either agent alone.

For the present study, the Chinese researchers examined the efficacy and safety of apatinib addition to PLD in comparison to PLD alone in those with platinum resistant ovarian cancer. They performed an open label, randomised trial in adult women with ovarian cancer and who had experienced disease progression during or within 6 months of discontinuing any prior platinum-based chemotherapy. Patients were randomised 1:1 to receive either PLD alone (40 mg/m2) intravenously every 4 weeks or apatinib addition to PLD (250 mg, orally once daily). The primary outcome of interest was progression-free survival (PFS) and which was defined as the time from randomisation to the first documented tumour progression or death.

A total of 152 patients were randomised to either apatinib and PLD (78) or PLD alone. The median age of those using the combination was 54 years.

A post hoc analysis of updated overall median survival was found to be 23 months for the combination but only 14.4 months for PLD alone.

The most frequent grade 3 or higher treatment-emergent adverse events were a decreased neutrophil counts (14.9%) in the combination group compared with 8.3% in the PLD group.

The authors concluded that apatinib addition to PLD showed promising efficacy and could represent a new alternative treatment for women with platinum-resistant ovarian cancer.