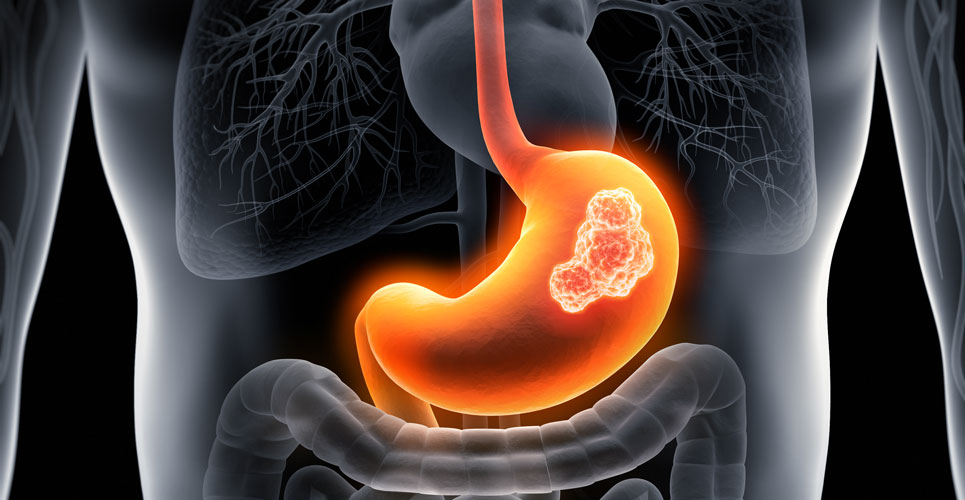 International statistics from 2018 reveal that there were just over 1 million cases of gastric cancer, leading to 782,000 deaths. Fortunately, early treatment of gastric cancer either through endoscopic resection of surgery, provides a cure rate of over 90%. In contrast, among patients with locally advanced gastric cancer, prognosis is poor, with a 5-year overall survival rate of 20–30% for surgery-only patients. For patients with advanced gastric cancer, systemic chemotherapy has become the standard treatment, in particular, the combination of S-1, which is an oral fluoropyrimidine derivative and oxaliplatin (SOX), has been shown to be effective. Another therapeutic approach involves treatments targeting vascular endothelial growth factor (VEGF), which has been shown to have an important role in promoting tumour angiogenesis. Apatinib is a small molecule tyrosine kinase inhibitor that selectively binds to vascular endothelial growth factor receptor 2 and which inhibits the action of VEGF. In fact, early data suggests that apatinib can improve overall survival in advanced gastric cancer. In a review of 14 trials, the use of neoadjuvant chemotherapy, has been shown to improve tumour stage and survival in patients with advanced gastric cancer. However, little is known about the value of apatinib in combination with neoadjuvant chemotherapy. This led a team from the Department of Gastric Surgery, Fujian Medical University Union Hospital, Fujian Province, China, to examine the effectiveness of this combination in patients with locally advanced gastric cancer. They conducted a multi-centre, open-label phase 2, non-randomised controlled trial, in patients with confirmed primary gastric adenocarcinoma, without previous surgery, chemotherapy, radiotherapy or targeted therapy and no evidence of metastases. Patients with MO (i.e., no metastases) and either T2 to T4 (where the tumour has spread through the layers of the muscle into the connective tissue outside the stomach. All enrolled participants received 2 to 5 preoperative and 6 postoperative cycles of Apatinib plus SOX every three weeks. Apatinib was given at a dose of 500 mg daily for 21 days and S1 twice daily on days 1 to 14 and intravenous oxaliplatin 130mg/square metre on day 1. Patients achieving a good response underwent surgery whereas those with a poor response received two further courses of adjuvant chemotherapy. The primary endpoint was the RO section rate (i.e., margin-negative resection with no tumour in the primary tumour bed) and which is the goal of surgery. The radiologic response was assessed using contrast-enhanced CT or magnetic resonance imaging.

Findings
A total of 48 patients with a mean age of 63.2 years (77.1% male) were included. All participants received 156 preoperative cycles neoadjuvant chemotherapy. The majority of patients (39.5%) had stage T3 cancer and nearly a third (36.9%) had stage T4 disease. Overall, 40 underwent surgery (38 radical gastrectomy and 2 exploratory laparotomy), with an R0 section rate of 75%. The radiological response rate was 75% and the pathological response rate, 54.2%.

Commenting on these early findings, the authors stated how the data indicated the effectiveness of apatinib and SOX chemotherapy as a neoadjuvant therapy for locally advanced gastric cancer. They concluded that apatinib plus SOX appeared to be an effective and well-tolerated regime and called for more studies to confirm this preliminary conclusion.