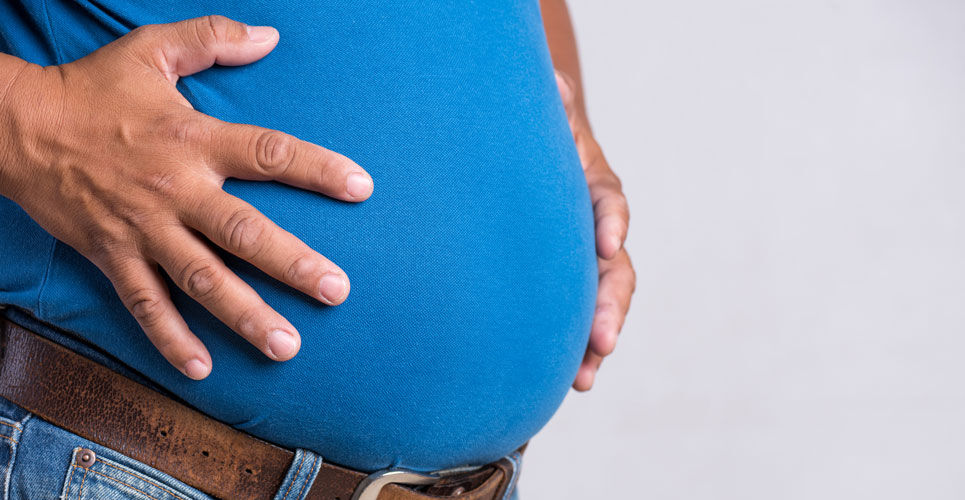 The cumulative excess weight rather that more traditional measures such as body mass index (BMI) appear to be associated with a greater increased risk of colorectal cancer according to researchers from the Division of Clinical Epidemiology and Aging Research, Heidelberg, Germany.

The World Health Organization estimated that in 2016, 39% of adults aged 18 years and over were overweight in 2016. Furthermore, being overweight or obese is associated with a number of adverse health outcomes, one of which is colorectal cancer. In an analysis of 41 studies with over 9,000, 000 participants the pooled relative risk of colorectal cancer was 33% higher for obese compared to normal weight individuals. However, a problem with the majority of epidemiological studies is that the associations between the different levels of body and colorectal cancer are derived from a single point estimate of body weight, normally the body mass index (BMI). Whereas in other areas of study, for example, those examining the relationship between cigarette smoking and lung cancer, researchers use cumulative lifetime exposure as a more relevant measure, e.g., pack-years for smoking. Similar or equivalent measures, such as cumulative excess weight and its link with colorectal cancer, are rarely examined or used.

As a result, for the present study, the German team set out to derive a measure of cumulative lifetime weight and how this impacted on the risk of developing colorectal cancer. The researchers turned to data collected as part of the DACHS study, an on-going population study exploring colorectal and non-cancer patients to better understand the disease. For those agreeing to participate, a trained researcher collected information on sociodemographic factors, health-related behaviours, from both those with and without cancer. The researchers then compared the prevalence of obesity and overweight at various ages between those with cancer and the control patients. They calculated an excess BMI at each year of age as BMI – 25 and summed across the ages. They also calculated what was termed the weighted number of years lived with overweight or obesity (WYOs) which was derived from the excess BMI across the years. The association with colorectal cancer risk was then estimated for the BMI and WYOs by logistic regression. The main outcome measure was the relative risk of colorectal cancer according to lifetime exposure to excess weight compared to the relative risks according to the BMI at various ages.

In contrast, the increased odds per SD of WYOs was 1.55 (95% CI 1.46 – 1.64). In other words, it was much higher than for BMI so that being overweight or obese at any time during adulthood was associated with a higher risk of colorectal cancer. In addition, this was higher than the odds ratio per SD increase in excess BMI at any single point of time.

The authors concluded that excess cumulative weight played a greater role as a risk factor for colorectal cancer than based on BMI measures taken at a single time-point.

Be in the know
Subscribe to Hospital Pharmacy Europe newsletter and magazine
Subscribe
Share this story:
RELATED ARTICLES
Paracetamol may help with stroke
Drug could fight many conditions
Roles and competencies for pharmacists in Europe
Bosentan for treatment of pulmonary arterial hypertension
Gastrointestinal conditions and their treatment in oncology