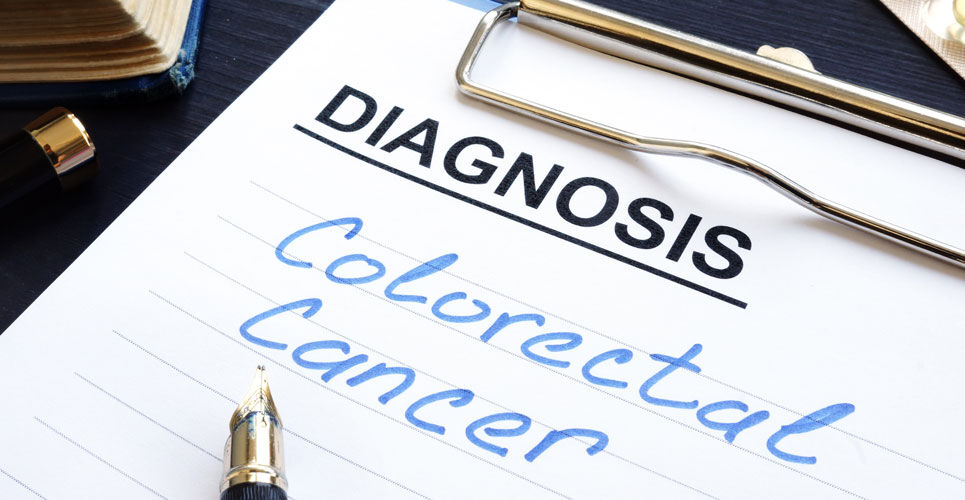 The presence of early onset colorectal cancer can be diagnosed non-invasively using an assay based on a plasma micro RNA (miRNA) signature according to the results of a study by an international group of researchers.

The World Health Organisation estimates that in 2020, there were 1.93 million cases of cancer of the colon and rectum (colorectal cancer) and which led to 916,000 deaths. Despite this, there is some data indicating that the overall incidence of colorectal cancer (CRC) is falling yet seems to be on the increase among those under 50 years of age. For instance, one US study found that the age-adjusted CRC incidence rate decreased by 0.92% between 1975 and 2010 but that for patients 20 to 34 years, the incidence rates of localised, regional, and distant colon and rectal cancers have increased during this period of time. In fact, approximately 1 in 10 new diagnoses of CRC, termed early onset CRC (EOCRC), are now made in individuals 50 years or younger. There is also a suggestion that early-onset carcinomas commonly show pathologic features associated with aggressive behaviour. As a result, a means of detecting ERCRC is urgently needed, since a delay in the diagnosis could have a significant impact, leading to an early death.

There is accumulating evidence that circulating micro-RNAs, which are a class of non-coding RNAs that play important roles in regulating gene expression, also reflect physiological and pathological alterations in cancer patients and may serve as important surrogate minimally-invasive biomarkers. In fact, the miRNA, MiR-92 is significantly elevated in the plasma of patients with CRC and could become a potential non-invasive molecular marker for CRC screening. To date however, there are no studies examining the potential value of miRNAs to detect patients with early onset colorectal cancer and in the present study, researchers set out to try and identify a suitable miRNA signature for this group.

The team identified 4 miRNA signature in patients with EOCRC and which had a diagnostic area under the curve (AUC) of 0.82, with a sensitivity of 0.72 and a specificity of 0.84. The researchers tested the diagnostic potential of this 4 marker panel in plasma samples in both a training and validation cohort. The validation cohort included 142 patients, 77 of whom had a median age of 43 years (48.1% female) and 65 control patients. The diagnostic AUC was 0.88 (95% CI 0.82 – 0.93, p < 0.01) and which provided a sensitivity of 0.82 and a specificity of 0.86 and an accuracy of 84%. In addition, the AUC for the biomarker panel was 0.92 for EOCRC in stages I/II and 0.87 for stages III/IV and could distinguish between early and later stage disease.

The miRNA signature was also discriminatory as assessed by significant changes in measured levels in plasma samples from patients before and 3 months after curative surgery (p < 0.05). Finally, the team showed that the miRNA signature could also discriminate between patients with late onset CRC from non-disease control patients with an AUC of 0.84, a sensitivity of 0.82 and a specificity of 0.88.

Be in the know
Subscribe to Hospital Pharmacy Europe newsletter and magazine
Subscribe
Share this story:
RELATED ARTICLES
NICE backs life-extending Erbitux
UK physiotherapists may get power to prescribe
Antimuscarinic drugs to treat overactive bladder
‘One stop shops’ for cancer aim to speed up diagnosis
Patient safety and analysis of errors