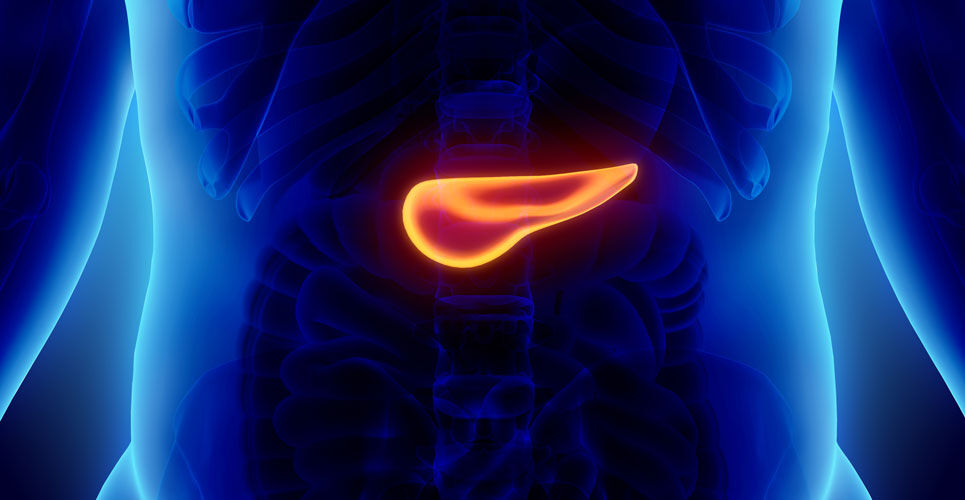 A faecal microbiota signature is potentially of value for the screening and early detection of patients with pancreatic adenocarcinoma, according to the results of a study by researchers from the Structural and Computational Biology Unit, Baden, Germany.

Pancreatic ductal adenocarcinoma represents more than 90% of pancreatic cancer cases and is both a highly aggressive and lethal cancer, largely because of the lack of early detection and a limited response to treatments. A further problem is that the majority of patients with pancreatic cancer are asymptomatic until the disease reaches an advanced stage and there is no standard programme for screening high-risk patients. Currently, the only biomarker approved for pancreatic ductal adenocarcinoma is serum carbohydrate antigen (CA19-9) although it’s use is limited by low sensitivity and specificity.

For the present study, the German researchers took faecal samples from normal and cancerous pancreatic tissue and assessed the microbial composition using whole-genomic sequencing. They recruited three groups of patients: newly diagnosed adults with pancreatic cancer but before they had started treatment; individuals for which pancreatic cancer was suspected and finally a cohort with chronic pancreatitis. The results from these patients were used in the discovery phase of the study whereas a second patient group was used for validation purposes. The sensitivity and specificity were determined using the area under the receiver operating characteristic curve.

A total of 57 newly diagnosed treatment naive and 29 with confirmed pancreatic cancer were included in the analysis.

The faecal microbiota composition was found to be significantly different in patients with pancreatic adenocarcinoma compared to both controls (p < 0.0001) and from patients with chronic pancreatitis.

A faecal metagenomic classifier identified a pancreatic ductal adenoma with an area under the curve (AUC) of 0.84 based on the presence of 27 bacterial species. However, with addition of CA19-9 levels, this increased the AUC to 0.94. Using a separate sample of patients to validate the classifier, it was found that the AUC was 0.83.

In a discussion of their findings, the authors suggested that the metagenomic classifier was able to robustly and accurately predict pancreatic ductal adenocarcinoma based on the composition of faecal microbiota species and that addition of CA19-9 data (which is already an approved biomarker) further enhanced the accuracy of the model. They concluded that the microbial panel they had identified could provide future entry points for disease prevention and therapeutic interventions.