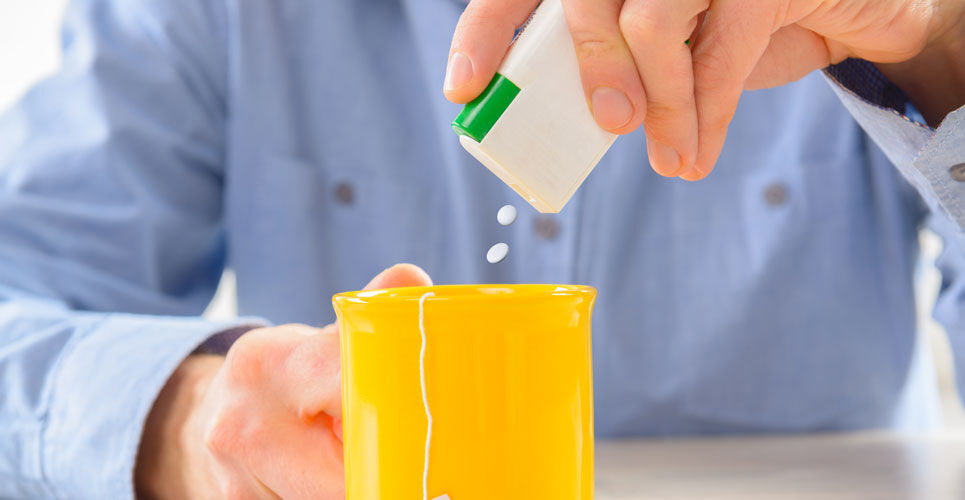 Eating and drinking products that contain artificial sweeteners is associated with a slight increased risk of cancer according to a large, French cohort study by researchers from the Sorbonne Paris Nord University, University of Paris, France.

The World Health Organization has recommended that both adults and children should reduce their intake of free sugars to less than 10% of total energy intake. As a result, manufacturers have sought to find alternatives to sugar and this led to the development of artificial sweeteners, for example, aspartame, which has been used since 1981 and is present in more than 6,000 products. Although aspartame contains the same number of calories as sugar, it is around 200 times sweeter than sugar. However, there has been controversy over the potential carcinogenicity of artificial sweeteners like aspartame and one review in 2014 suggested that the studies performed in the 1970s did not provide adequate scientific support for the safety of aspartame and that more recent life-span carcinogenicity data undertaken with rodents provide consistent evidence of aspartame’s carcinogenic potential. Moreover, a 2021 review of aspartame and cancer concluded that new findings confirm that aspartame is a chemical carcinogen in rodents. Nevertheless, it has been unclear from studies in humans whether artificial sweeteners are associated with an increased risk of cancer. For example, one 2012 prospective study that evaluated whether the consumption of aspartame- and sugar-containing soda is associated with risk of haematopoietic cancers concluded that the apparent cancer risk in individuals who consume regular soda do not permit the ruling out of chance as an explanation. In contrast, a second study concluded that higher levels of aspartame intake were not associated with the risk of overall hematopoietic cancer.

With some uncertainty over the association between cancer and intake of artificial sweeteners, for the present study, the French team prospectively followed participants in the NutriNet-Sante study. This prospective trial was designed to determine, among adults, any associations between nutrition and health. Nutritional intake information is collected at baseline and every year on various factors such as health status, physical activity, smoking status and diet using 24-hour dietary recall questionnaires through which the intake of artificial sweeteners can be assessed.

A total of 102,865 participants with a baseline mean age of 42.2 years (78.5% female) were followed for a median of 7.8 years and consumption of artificial sweeteners was recorded for 36.9% of participants.

Based on these findings, the authors concluded that while the study could not establish causal links, their findings did not support the use of artificial sweeteners as a safe alternative to sugar in food and beverages.