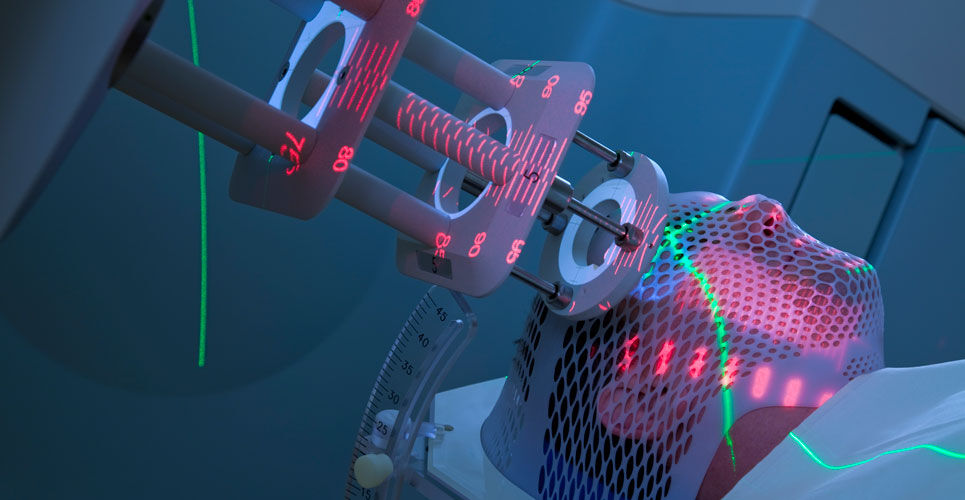 Intensity-modulated radiation mono-therapy (IMRT) for patients with stage II nasopharyngeal cancer provides a similar level of 3-year estimated survival as cisplatin chemoradiotherapy according to a randomised trial by Chinese researchers.

Nasopharyngeal cancer (NPC) is the 22nd most common cancer worldwide and globally there were more than 133,000 new cases in 2020. Currently, it is recommended that stage I disease is treated with radiotherapy alone whereas concurrent chemotherapy (i.e., chemoradiotherapy) is advised for patients at stage II. Intensity-modulated radiotherapy (IMRT) is a form of treatment which enables precise conformation of the radiation dose to the target volume and may allow more normal tissue to be spared than with other techniques. Despite the recommendation to combine IMRT and chemotherapy for patients with stage II NPC, there is a lack of supportive evidence for this approach. In fact, some data suggests that additional cisplatin-based chemotherapy in patients with nasopharyngeal carcinoma treated with standard radiotherapy, increases the risk of treatment-related death and severe acute toxicity, compared with radiotherapy alone. Moreover, one retrospective, propensity matched study found that for patients with intermediate risk NPC treated with IMRT, additional concurrent chemotherapy did not provide any significant survival benefit but significantly more severe acute toxicities. However, the authors added that prospective, randomised trials are warranted to confirm their findings.

With uncertainty over whether addition of chemotherapy to IMRT was beneficial, for the present study, the Chinese team performed a randomised trial to provide more definitive evidence. They recruited patients with histologically confirmed stage II NPC and randomised them 1:1 to either IMRT at 100 mg/m2 every three weeks for 3 cycles or IMRT and chemotherapy. The primary outcome of interest was 3-year failure-free survival, which they defined as the time between randomisation and disease relapse or any cause of death. There were several secondary outcomes, one of which was overall survival.

A total of 341 patients with a mean age of 48 years (30% female) were randomised to IMRT alone (172) or combination therapy and followed for a median of 46 months.

The researchers also collected quality of life data from approximately two-thirds of patients in each group. They found that those receiving IMRT, had a significantly better quality of life based on a lower symptom burden, as well as improved physical, social and emotional functioning. In addition, there was a significantly lower incidence of reported adverse events at grade 3 or 4 for those assigned to IMRT.

The authors concluded that among patients with low risk NPC, intensity-modulated radiation mono-therapy was non-inferior to concurrent chemo-radiotherapy.