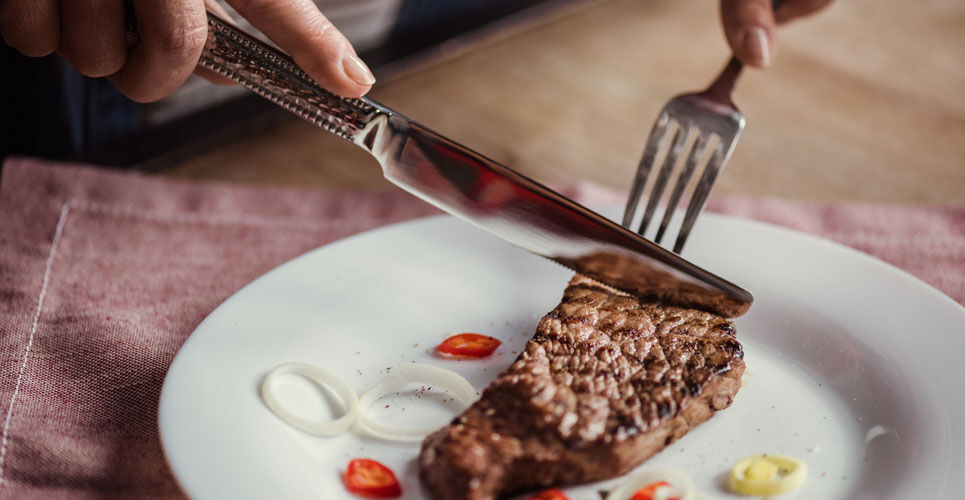 Meat eaters are at an increased risk of several cancers compared with those who are either low meat eaters, pescatarians or vegetarians

Individuals regularly eating meat (i.e., at least five times each week) have been found to be at a greater risk of cancer as well as some specific cancers compared with either low meat eaters, pescatarians or vegetarians. This was the conclusion of a study of the UK Biobank data base by researchers from the Cancer Epidemiology Unit, University of Oxford, Oxford, UK.

Cancer is the leading cause of death worldwide and accounted for nearly one in six of all deaths (10 million in 2020), with breast, lung, colorectal and prostate cancers being the most common forms of the disease. Understanding the causal relationship between dietary patterns or even particular dietary components and cancer aetiology and prevention is a challenge, in part due to the inherent difficulty of undertaking randomised controlled intervention trials to examine the association between diet and cancer outcomes. While some observational evidence shows that the risk of some cancers is lower in fish eaters and vegetarians than in meat eaters, this is not a consistent findings for all cancers, with other work showing no statistically significant associations with dietary pattern and risk of premenopausal breast cancer.

For the present study, the Oxford team examined the relationship between those who frequency (at least 5 times a week) ate meat, low meat consumers (< 5 times/week), pescatarians and vegetarians and the risk of all cancers and in particular, colorectal, postmenopausal breast and prostate cancers. They turned to data held in the UK Biobank and excluded individuals with a cancer diagnosis at recruitment. Participants completed an online questionnaire at recruitment into the database which asked about consumption and frequency of meat intake. The team also assessed whether specific hormones such as insulin-like growth factor-1 and testosterone as well as body mass index, might have potential mediator effects on the association between dietary patterns and cancer risk. The risks for the development of all and any of the specific cancers, were assessed using meat eaters as the reference group.

After adjustment for several factors such as smoking status, physical activity etc, a vegetarian diet was associated with a 14% lower risk of all cancers compared to the reference group. (hazard ratio, HR = 0.86, 95% CI 0.80 – 0.93). This risk was also significantly reduced for breast cancer (HR = 0.82) and prostate cancer (HR = 0.69).

For pescatarians, there was also a lower risk of all cancers (HR = 0.90) compared to the reference meat group and for prostate cancer (HR = 0.80). For those categorised as low-meat eaters, the risks were only significantly lower for colorectal cancer (HR = 0.91).

The authors concluded that being a pescatarian or vegetarian was associated with a lower risk of all cancers and that this might be attributable to differences in dietary factors in comparison to those who regularly eat meat. However, they added that it was unclear if these associations are causal or due to residual confounding, i.e., due to other, but unmeasured factors.