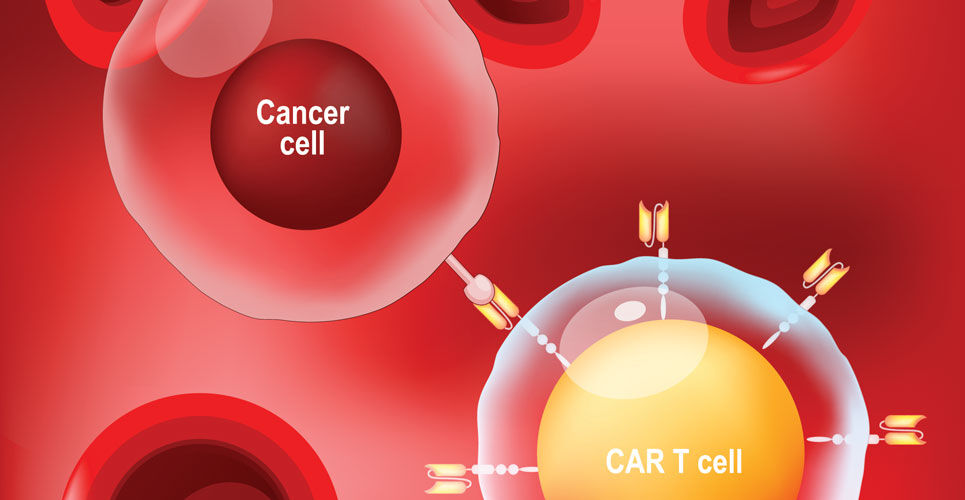 CAR T cells (CTC) that can be manufactured within 24 hours have been found to be effective and with an acceptable safety profile, for the treatment of patients with relapsed or refractory B cell acute lymphoblastic leukaemia according to the results of a first-in-human clinical study by a group of Chinese researchers.

Chimeric antigen receptor-engineered T cells (CAR T cells) are a novel yet safe and effective therapy for B-cell acute lymphoblastic leukaemia patients relapsing after an allotransplant. The principle of CTC therapy involves taking a patient’s own T cells and genetically engineering those cells to produce a receptor for an antigen present on the surface of tumour cells. These cells are subsequently re-infused to the patient and target a specific antigen expressed on the tumour cells and which ultimately destroys the tumour cells. CTC appears to be an effective form of therapy with one study from 2018 demonstrating complete remission in 83% of patients with relapsed B-cell acute lymphoblastic leukaemia. Nevertheless, as more clinicals have been undertaken, it has become evident that 30-60% patients relapse after treatment, probably due to persistence of CAR T-cells and escape or down-regulation of CD19 antigen. A further problem is that the T-cell engineering process can take 9 to 14 days and up to four weeks before infusion back into the patient causing delays for the administration of cells.

For the present study, the Chinese team developed a type of CAR T cells that were manufactured using a novel process completed in 24 hours. The final product CTC product, GC007F was tested in patients with relapsed or refractory B cell acute lymphoblastic leukaemia and for comparative purposes, the researchers also manufactured CTCs by conventional methods.

A total of 21 patients with CD19+ (the target antigen on tumour cells) relapsed or refractory B cell acute lymphoblastic leukaemia were enrolled and given a single infusion of GC007F cells although only 18 were included in the final analysis after the others withdrew due to adverse effects. The median peak of CAR T cells was on day 10 and the median persistence was 56 days. The GC007F cells also showed better proliferation and tumour killing than conventional CTCs.

After 28 days, all patients had achieved complete remission (CR), with 17 achieving CR and maintaining minimal residual disease negative, MRD (i.e., no disease was detected after treatment) after 3 months. Additionally, at 6 months, 16 patients maintained CR with 14 maintaining MRD negative and the longest duration at the time of writing was 29 months without the need for transplant.

The authors concluded that these preliminary data suggested that their next day GC007F cells appeared to be effective and with a manageable toxicity profile.