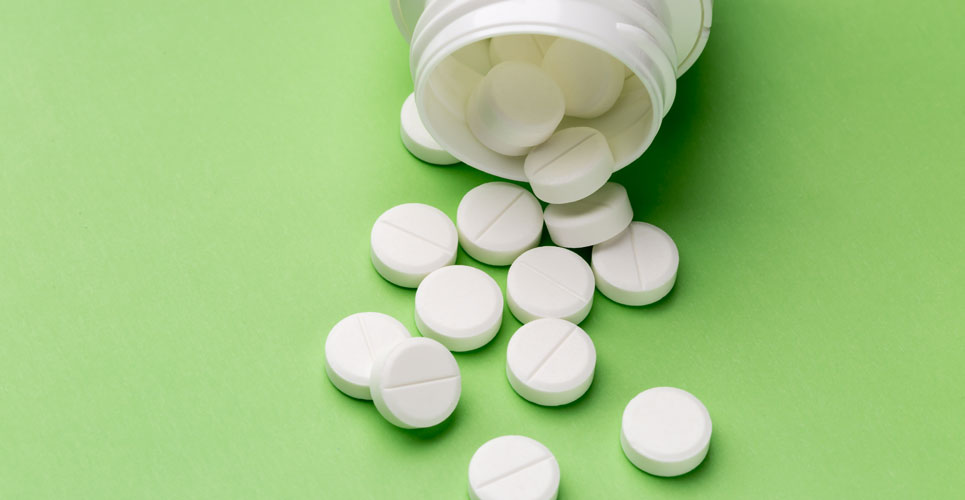 Aspirin taken daily for more than two years could reduce the risk of colorectal cancer in people with an inherited genetic condition, NICE has said in new draft guidance.

People with Lynch syndrome (LS) have an increased lifetime risk – estimated to be four out of five people – of developing colorectal cancer.

Regular screening with colonoscopy and polypectomy to identify pre-cancerous cells has until now been the main strategy to detect early colorectal cancer in people with LS and offer appropriate management.

NICE published diagnostics guidance in 2017 recommending that everyone who is diagnosed with colorectal cancer should be tested for LS. If the test shows they do have LS, they can be monitored for other cancers and their close relatives can also be offered testing for LS. Updated guidance recommends aspirin is an option to reduce the risk of colorectal cancer among this group.

Colorectal cancer (cancer of the colon or rectum, or bowel) is the fourth most common form of the disease in the UK, with more than 42,000 new cases diagnosed each year according to Bowel Cancer UK. However it is the UK’s second biggest cancer killer, with 44 people dying each day.

Dr Paul Chrisp, director of the Centre for Guidelines at NICE, said: “The independent committee looked at evidence from a multi-country randomised controlled trial, which showed taking daily aspirin for more than two years reduces the risk of colorectal cancer in people with Lynch syndrome.

“While there are risks associated with long-term aspirin use, the committee agreed that the benefits are likely to outweigh any potential harms.

“It is important that clinicians and patients discuss the potential harms and benefits of long-term aspirin use so that an informed decision can be made.”

Also included in this updated guideline is a recommendation for clinicians to consider chemotherapy before surgery (called neoadjuvant chemotherapy) for people with the most severe form of colon cancer. The committee’s recommendation was based on evidence showing that it improved survival.

A consultation has now begun on the recommendations contained in the guideline at nice.org.uk.