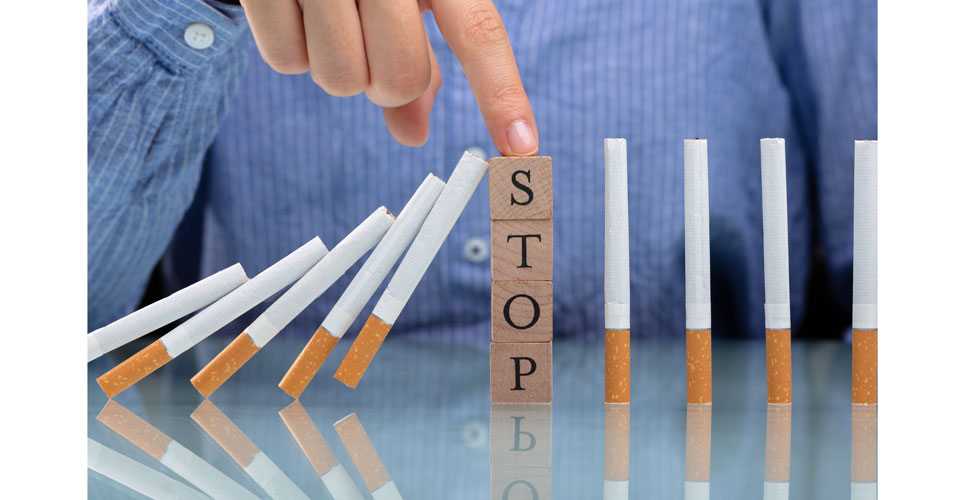 Smoking cessation around the time of a lung cancer diagnosis is associated with an improved survival from both non-small and small cell lung cancer, compared to those who continue to smoke. This was the finding from a systematic review by a team from the Institute for Cancer Research, Prevention and Clinical Network, Florence, Italy

World Health Organisation data shows that globally, in 2020, there were 2.21 million cases of lung cancer and which resulted in 1.8 million deaths. Moreover, lung cancer has a poor prognosis with Cancer Research UK suggesting that only around 15% of those diagnosed with the cancer survive for 5 years or more. Cigarette smoking seen as a major factor in the development of lung cancer with one analysis of the burden of respiratory tract cancers, indicating that smoking contributed to an estimated 64·2% of all deaths from tracheal, bronchus, and lung cancer and 63·4% of all deaths from larynx cancer in 2019.

Smoking cessation at or around the time of diagnosis was associated with a better overall survival regardless of lung cancer type. For smoking cessation at any time, compared to those who continued smoking (used as the reference group), the relative risk for non-small cell lung cancer was 0.77 (relative risk, RR = 0.77, 95% CI 0.66 – 0.90) and this reduction was broadly similar compared to those stopping strictly at or after their diagnosis or up to 12 months before the diagnosis. For small cell lung cancer, overall survival was also broadly similar (RR = 0.75, 95% CI 0.57 – 0.99). Even in studies where the cancer subtype was not specified, there were survival benefits among quitters (RR = 0.81, 95% CI 0.68 – 0.96).

The authors calculated an overall benefit for those who undertook smoking cessation at or around the time of their lung cancer diagnosis, finding that such individuals had a 29% improvement in their overall survival compared to those who continued to smoke (RR = 0.71, 95% CI 0.64 – 80).

The authors concluded that advice to quit smoking at or around the time of a lung cancer diagnosis, should arguably become a non-optional part of the management of these patients.