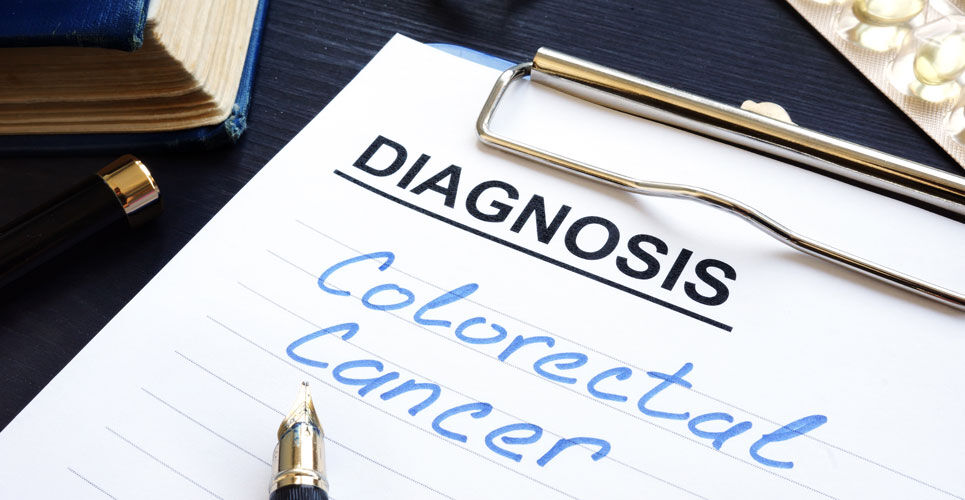 Sotorasib and panitumumab appear to be a safe and effective combination for patients with chemo-refractory metastatic colorectal cancer according to the findings of a phase 1b trial presented at the European Society for Medical Oncology (ESMO) Annual Meeting in Paris, France.

Colorectal cancer (CRC) is the third most common cancer type worldwide and in 2020 there were an estimated 1.93 million cases and 916,000 deaths although for patients with metastatic disease, fewer than 20% survive beyond 5 years from their diagnosis. KRAS is a commonly mutated oncogene in CRC and present in approximately 40% of all cases and sotorasib is a small molecule that selectively and irreversibly targets KRAS. In addition, panitumumab is the first fully human monoclonal antibody directed against the epidermal growth factor receptor. This produces increased apoptosis, reduced proliferation of tumour cells, reduced angiogenesis so that tumour growth and the development of metastases are prevented. Moreover, in patients with wild-type KRAS tumours, panitumumab is a useful option in combination with chemotherapy for the first- and second-line treatment of metastatic colorectal cancer.

In a previous single-arm, phase 2 trial, adult patients with KRAS mutated advanced colorectal cancer, mono-therapy with sotorasib led to a 9·7% overall response rate. In the current phase 1b trial, researched assessed the impact of adding panitumumab to sotorasib in patients with refractory metastatic colorectal cancer on or after prior fluoropyrimidine, oxaliplatin, irinotecan and an anti-angiogenic agent. The researchers set the primary endpoint as safety but also examined the secondary endpoints of anti-tumour activity, progression-free survival, overall survival and pharmacokinetics.

While the trial is on-going, to date 40 patients (median age 57.5 years, 75% female) have been enrolled and received oral sotorasib 960 mg daily and panitumumab 6 mg/kg IV every 2 weeks. Overall, patients had a median of 2 prior lines of chemotherapy. In an associated press release by the manufacturer, Amgen, the median duration of treatment was described as 5.9 months with 25% of patients remaining on treatment at the time of data cut-off. With a median follow-up time of 8.8 months, the press release reports that median overall survival (OS) was not yet reached.

The authors concluded that the combination therapy provided a 3-fold higher response than previously observed with sotorasib mono-therapy.

In the press release, David M. Reese, executive vice president of Research and Development at Amgen said ‘we are thrilled to see these CodeBreaK 101 results, which show that LUMAKRAS (sotorasib) plus Vectibix (panitumumab) achieved a 30% confirmed objective response rate in patients with KRAS G12C-mutated metastatic colorectal cancer. Treatment response rates can be as low as 2% in this patient population, and the current standard of care offers a median progression-free survival benefit of two months, so developing new treatment options is critically important for patients.’