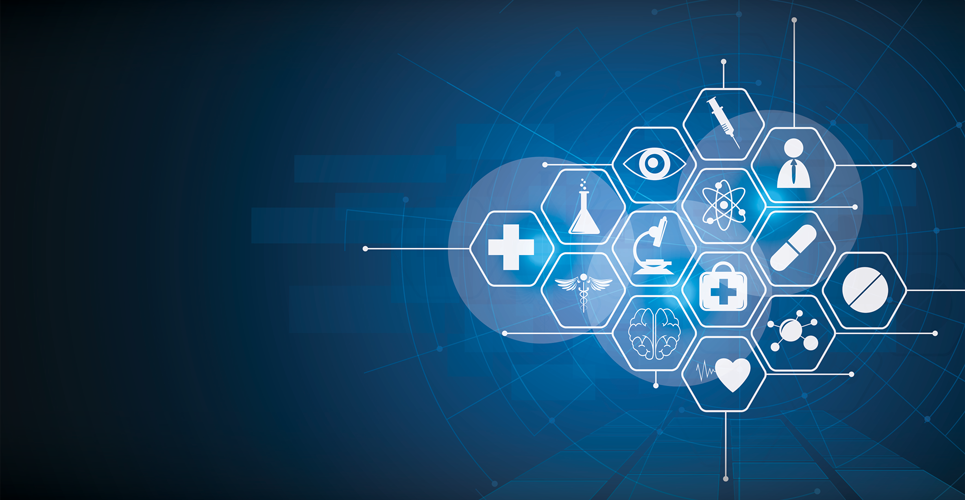 by Christine Clark, Freelance medical writer
Published on 28 May 2021

Using technology to close the loop from prescription to drug administration was the underlying theme of a satellite symposium held by B. Braun and Grifols at the recent European Association of Hospital Pharmacists virtual congress

Support for the development of this report was provided by B. Braun.

“The whole chemotherapy process from prescription to drug administration is hazardous with a high risk of errors occurring at each stage of the process”, said Laurence Goldberg, introducing the symposium. New technologies, such as computerised prescribing and robotic compounding, have made the process safer, he continued.

The introduction of an integrated prescribing, compounding and administration system at the Hospital de la Santa Creu i Sant Pau, Barcelona had improved patient safety, according to Dr Estela Moreno (Clinical Oncology Pharmacist, Hospital de la Santa Creu i Sant Pau, Barcelona, Spain). The hospital has 548 beds and the pharmacy makes more than 32,000 preparations per year. In 2000, the hospital introduced computerised prescribing (computerised physician order entry; CPOE) for the oncology specialty. Although this eliminated the transcribing step, the pharmacy department continued to work with a paper system. The nurses also had a separate medication administration system. “We had the feeling that this was not the safest programme”, said Dr Moreno. A new system with three integrated modules – medical, pharmacy and nursing – was introduced. The system is protocol-driven and it covers not only chemotherapy prescribing but also associated items such as hydration fluids, anti-emetics, immunosuppressants. The same programme is used for transplantation, noted Dr Moreno. A key feature is that every change is traceable. The programme also calculates creatinine clearance, alerts if the patient’s weight changes by more than 10% and incorporates dose banding for some drugs. It generates a list of doses to be administered with times. It is interfaced with laboratory data and can provide information about drug toxicities. The pharmacy receives real-time information about medication ordering and can record preparation, dispensing and then see when administration started.

Nurses are able to see when a dose has been prepared and dispensed by the pharmacy and the system keeps a full record of drug administration. They are also able to check the ‘five rights’ – patient; drug; time and frequency of administration; dose; and route – working from a computer or a handheld device.

In summary, Dr Moreno said that CPOE and workflow integration can reduce medication errors and improve patient safety in oncology and haematology. However, she warned that it is important to identify real or potential new errors and be ready to modify the system if necessary. Finally, she emphasised the importance of multidisciplinary working because it is only through collaboration with physicians and nurses that pharmacists can develop the best programmes for security and safety for patients.

Uppsala University Hospital has about 700 beds and the pharmacy undertakes compounding of 18,500 preparations each year, according to Dr Mattias Paulsson (Deputy Chief Pharmacist, Uppsala University Children’s Hospital, Sweden). Sweden has the lowest number of hospital beds (per head) in the European Union and so it is essential for everything to run very smoothly, he explained.

Chemotherapy is associated with a high risk of patient harm when medication errors occur and this underlines the need for a closed loop for prescribing, compounding and administration. At each step information should be conveyed without the need for transcribing, he said. At Uppsala Hospital, they have tried to do this by using Cytodose software for the prescribing and Elas for administration. In the past, individual pharmacists took responsibility for compounding of doses but in view of numerous developments over the past 20 years, there is now a need to increase the level of technology to improve patient safety. When planning the purchase of a compounding robot “the number one consideration was to increase patient safety”, said Dr Paulsson. Additional considerations were improving the working environment for staff, specifically – reducing occupational exposure to hazardous drugs and minimising repetitive manual work. The equipment needed to be “almost as flexible as a man”, to fit into a small Class B room and to be integrated with the CPOE system, he said.

The compounding robot KIRO Oncology was installed in a Class B room in the middle of the clinical area and put in to operation in February 2019. The device has two robotic arms and a vial-recognition camera. A workflow dashboard enables operators to see preparations that are pending, in process, and those that have been issued.

The installation of the robot brought opportunities in three key areas – patient safety, working environment and effectiveness, said Dr Paulsson. Patient safety is enhanced through the use of barcode verification of ingredients and gravimetric checks – something that is required by the Swedish regulatory authority. Traceability is ensured because everything is documented “to the last milligram”. Expected benefits include increased efficiency, shortened lead times and decreased use of single-use disposables (such as closed system transfer devices). There was also a desire to use the hospital’s own in-house technical staff to service the robot and not rely on outside people, Dr Paulsson commented. There should be improvements in the working environment as the risks of exposure to hazardous drugs and needle-stick injury are reduced. Other advantages should include the avoidance of repetitive work (for example, repetitive strain injury) and the opportunity to use trained staff more efficiently as technicians rather than pharmacists can work with the robot. There could also be cost savings – “hospital managers really listen hard if you can make a business case and show that there is money to be saved”, said Dr Paulsson.

Integration of the robot software with the CPOE system has been a major challenge as it has taken longer than the four months Dr Paulsson originally expected. Other challenges included the installation of the equipment in a small space without disrupting other clean room processes and changing from a manual to an automated process. Moreover, all of this had to be achieved as a relatively “new player” in the hospital service as such services had been externally procured in the past.

The implementation of robotic compounding is not an overnight process; at Uppsala Hospital, pharmacists are still working in compounding and time will still be needed for a complete changeover. Good relationships with the supplier and international user groups are important for problem solving, he noted. Visual checking of solutions is still important to verify complete dissolution of drugs. Nurses have also questioned the lack of correspondence between the injection volumes supplied and the markings on syringes. The problem here is that the robot prepares an accurate dose volume using a gravimetric control process whereas the graduation marks on plastic syringes are less precise and this needs to be properly explained, said Dr Paulsson.

Currently the robot is used to fill syringes, infusion containers and elastomeric pumps involving 19 different active substances. The goal is to reach an output of ten preparations per hour and this should be possible when more users are trained and the interface with the CPOE system is completed. A paper by Riestra and colleagues1 described how different centres make about nine preparations per hour and efficiency is improved by increasing the number of preparations made in each cycle, noted Dr Paulsson. He concluded, “We are close to the closed loop for chemotherapy now”.

The role of the pharmacist does not end when the chemotherapy preparation is dispensed – pharmacists should also be involved in the administration of the drugs, Dr Olga Delgado (Head of Pharmacy Services, Son Espases University Hospital, Palma de Mallorca, Spain, and President of the Spanish Society of Hospital Pharmacists) told the audience.

The Son Espases University Hospital has 820 beds served by a team of more than 25 clinical pharmacists providing 24/7 clinical coverage. The haematology/oncology pharmacy service is fully integrated with the clinical teams. It comprises four Board Certified Oncology Pharmacists, one clinical trials pharmacist and a hospital pharmacy resident. The pharmacy prepares more than 20,000 parenteral antineoplastic doses and more than 1200 hazardous drug doses per year. All six hospitals on the Balearic Islands use the same computer programmes, therapeutic guidelines and protocols.

All chemotherapy is prescribed under protocol and prescriptions are verified by a pharmacist who checks for indications, protocol, drug, dose, frequency, analytic and clinical situation before the dose can be prepared. Doses are prepared in safety cabinets using datamatrix/barcode identification and gravimetric controls for every admixture.

“[In the past] we thought that the role of the pharmacist finished with the [admixed drug] ready to administer to the patient – but then we noticed that between the dose and the patient there was something that we had not taken into account, and that was the infusion pump…” said Dr Delgado. Even when there was a drug library built into the pump, programming was still a manual process. In order to close the loop, the hospital implemented Onco Safety Remote Control®. This is a software package developed by B. Braun to support the safety and the traceability of chemotherapy administration and provide complete control of the process. It deals with drugs given by all routes and includes not only antineoplastic therapy but also other treatments such as hydration fluids and anti-emetics.

Onco Safety Remote Control® is interfaced with the Hospital Information System and is connected to all the infusion pumps by Wi-Fi. This means that all areas of the day hospital – including the bathrooms – need to have good Wi-Fi connections, commented Dr Delgado. In addition, the pumps need to have Wi-Fi batteries, she added.

Onco Safety Remote Control® works through a central processor on the ward together with mobile PDA units and specific patient bracelets. Nurses use the PDA to check the identity of the patient, the nurse, the location, the infusion pump and the drug before administration can begin. Onco Safety Remote Control® can then control the whole process. The follow up screen provides information on the status of all patients and infusions in real time. Information is also available on the PDAs and side effects can be recorded quickly through these devices. Alerts are also signalled through the PDA, for example, if the wrong drug is detected administration is blocked and an alert message appears on the screen. Extravasation can also be recorded.

The Dataview dashboard provides a wealth of information including dose deviations, extravasations, out-of-range doses and more, for example, vesicant drugs administered at other than the recommended pressure. The extravasation report shows if overpressure was a problem, commented Dr Delgado.

In closing, Dr Delgado emphasised that the role of pharmacy does not end with the product and the pharmacy must be involved with the administration to ensure the quality of this complex process.