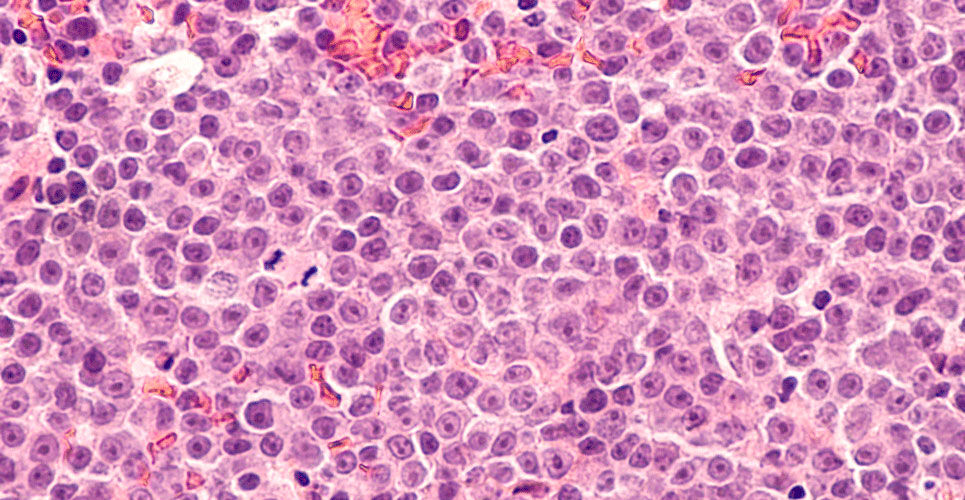 Diffuse large B cell lymphoma is the most common lymphoma, accounting for about 25% to 30% of all the non-Hodgkin lymphomas and which presents as a rapidly growing mass or enlarging lymph nodes in a nodal or extra-nodal site. Non-Hodgkin lymphomas account for about 80% of all lymphomas and while there are more than 30 subtypes, the common ones are diffuse large B-cell lymphoma (DLBCL) and follicular lymphoma. Although 5-year survival rates range from 60% to 70%, up to 50% of patients become refractory to or relapse after treatment. Moreover, outcomes for refractory or relapsed patients are poor, with one study of 861 patients, 636 of whom had refractory disease, finding that the median overall survival was 6.3 months and that only 20% of patients were alive at 2 years. For patients with relapsed/refractory disease, there are several combination chemotherapy regimens available including tafasitamab-cxix, polatuzumab vedotin-piiq, bendamustine as well as CAR T cell therapies. Nevertheless, the most effective treatment remains to be determined.

In the present study, the Korean researchers performed a systematic review and meta‐analysis to identify prospective phase II or III clinical studies evaluating the efficacy of treatments for ASCT-failed or ineligible relapse/refractory DLBCL patients. They used random effects models to estimate one-year progression-free survival rate, complete remission rate, and subgroup differences. In addition, meta-regression models were performed with adjustment for relevant covariates, particularly the median number of previous lines of systemic therapy and CAR T cell therapy was used as a reference treatment in the meta-regression analysis.

Although CAR T cell treatment was significantly better than many of the others, in fact, loncastuximab, pola-BR, and tafasitamab were all shown to have no significant difference in efficacy to CAR T cell therapy after adjustment for the median number of prior lines of treatment in the meta-regression analysis.

The authors concluded that tafasitamab showed a trend of best efficacy and that CAR T cell therapy was no more effective than tafasitamab, loncastuximab or pola-BR. However, because of the high level of heterogeneity, the authors called for randomised controlled trials to confirm their findings.