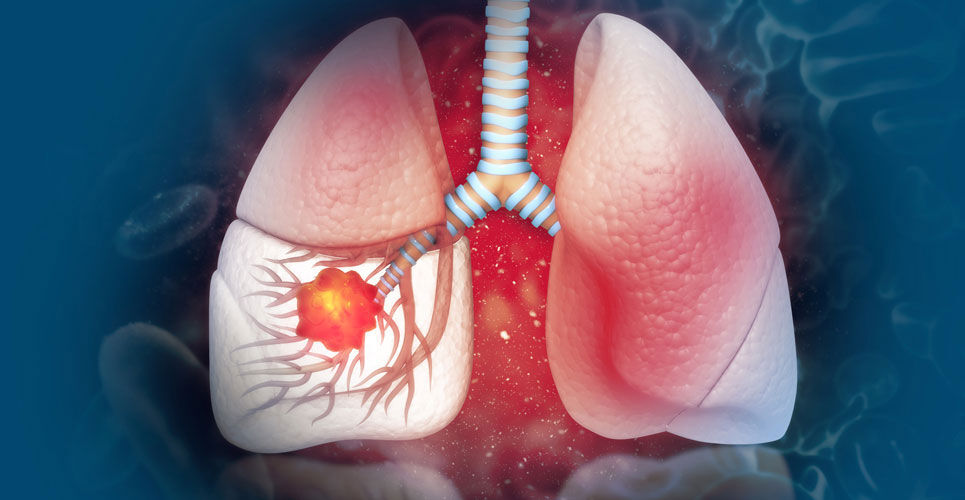 The presence of residual ctDNA after treatment of patients with non-small cell lung cancer (NSCLC) is associated with a shorter recurrence-free survival and overall survival and this data could help to identify patients at risk of a disease relapse.

In 2020, there were over 2.2 million cases of lung cancer which resulted in nearly 1.8 million deaths. Though there are two forms of lung cancer, small cell and non-small cell, and in the UK, the latter accounts for around 85% of all cases. Therapy options for NSCLC depend largely upon the stage of the disease stage, ranging from surgical resection or radiotherapy (stage 1) through to surgery and adjuvant chemotherapy or chemo-radiotherapy for those with stage 3. However, while treatment for patients with early stage disease are often effective, it is necessary to detect post-therapy residual disease.

One emerging potential biomarker is circulating tumour DNA (ctDNA) and which is a component of cell-free DNA that is shed into the blood stream by malignant tumours. The measurement of ctDNA has the potential for prognostication, molecular profiling and monitoring of patients with cancer and has been shown to be an informative, inherently specific, and highly sensitive biomarker of metastatic breast cancer. In fact, highly precise ctDNA detection and quantification methods have the potential to transform clinical practice via non-invasive monitoring of solid tumour malignancies, residual disease detection at earlier timepoints than standard clinical and/or imaging surveillance.

For the present study, researchers in Cambridge, UK set out to assess ctDNA levels in patients with stage 1 to 3 NSCLC to determine whether detection of this DNA tumour fragment post-therapy could predict patient outcomes. Using samples from the Lung cancer circulating tumour DNA study (Lucid), the team first determined the levels of ctDNA prior to lung cancer treatment and then sought to detect the DNA two weeks to four months after therapy.

A total of 363 plasma samples from 88 patients with early-stage NSCLC (stages 1, 2 and 3) treated with curative intent surgery (61), surgery and adjuvant chemotherapy/radiotherapy (8) and chemo-radiotherapy (19) were included in the study.

The authors concluded that their data supported the clinical utility of ctDNA testing to identify residual disease and recurrence and that this was a potentially sensitive tool to determine which patients were at high risk of relapse and who could benefit from additional adjuvant therapy.