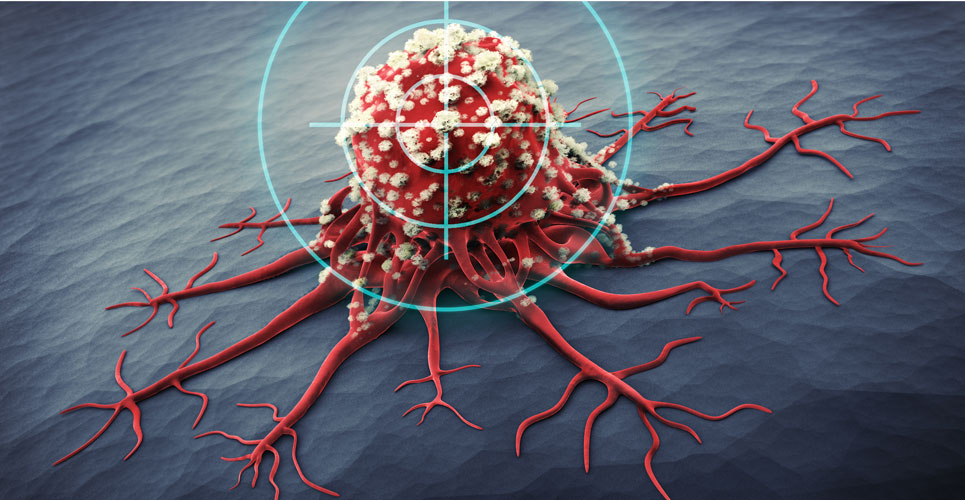 Vaccine could boost the effectiveness of cancer immunotherapy

Supercharging the mutation rate in cancer cells can create a powerful vaccine that is able to boost the effectiveness of immunotherapy, a major new study reports.

The findings have been published in Nature Communications.

Scientists forced cancer cells in the lab to evolve much more rapidly than usual using a molecule called APOBEC3B, which is often used by tumours to drive rapid genetic change and drug resistance.

They found that these highly mutated cancer cells could be used to create a vaccine for each individual cancer type, which amplified the effects of immunotherapy – and cured mice with a variety of otherwise treatment-resistant tumours.

The international study – carried out by scientists at The Institute of Cancer Research, London, the Mayo Clinic in Rochester, US, and the University of Leeds – is the first to show that APOBEC3B’s role in driving cancer evolution can be used to create vaccines that can boost the immune response.

The researchers want to take their new technique for creating personalised vaccines into the clinic as early as next year – starting with a trial in children with brain tumours.

The researchers first showed they could drive rapid genetic changes in human cancer cells in the lab using high levels of APOBEC3B, which is able to edit the DNA code of cells, giving rise to genetic changes that can be seen as ‘signatures’ or ‘footprints’.

The genetic analysis revealed more than a million extra mutations in the cells expressing APOBEC3B, compared with control cells. Of these, around 68,000 contained the classical APOBEC signature. These genetic signatures made cancer cells vulnerable to treatment with immune checkpoint blockade, a major strategy in immunotherapy.

However, by generating new genetic changes, APOBEC3B can also drive cancer evolution and help cancer cells become resistant to chemotherapy. So rather than give APOBEC3B directly to tumours as a treatment, the researchers instead used the genetic signature it left behind to create individual cancer vaccines, each tailored to the particular genetic profile of a specific tumour.

They gave mice highly mutated cancer cell vaccines, in the form of mutant cancer proteins, and these elicited an immune attack against their tumours as they were immediately detected as ‘foreign’.

By combining the individualised tumour vaccines with checkpoint inhibitor immunotherapy, the researchers were able to cure melanoma and brain tumours in mice.

The next step is further preclinical research to translate these findings further into human cell systems, with the aim to take the vaccine technique into clinical trials for paediatric brain tumors within the next year.

The Institute of Cancer Research (ICR) has been focusing on increasing its understanding of APOBEC protein molecules, which are crucial to the ability of the immune system to adapt to different infectious diseases – but are also hijacked in many cancers to speed up evolution of drug resistance.

The potential of APOBEC inhibitors to slow down cancer evolution is enormous. This study now demonstrates that APOBEC3B could also be used to increase the effectiveness of new treatments that use immunotherapy to attack tumours.

The ICR – a charity and research institute – is creating a new £75 million Centre for Cancer Drug Discovery to study molecules like APOBEC3B, with the aim of creating new cancer treatments that can overcome the major challenge of cancer evolution and drug resistance. The ICR has less than £10 million left to raise to deliver the new building.

Study author Alan Melcher, Professor of Translational Immunotherapy at The Institute of Cancer Research, London, said: “Our new study rather paradoxically takes advantage of a mechanism used by cancers to rapidly evolve and become resistant to chemotherapy, and instead makes them much more vulnerable to the effects of immunotherapy.

“We have supercharged genetic changes in cancer in order to create cancer vaccines, which are tailored to the genetic code of these tumours, and can boost the immune response against them.”

“By combining our vaccines with checkpoint inhibitor chemotherapy, we’ve shown in mice that it’s possible to cure tumours in a variety of locations, including the brain. Our new approach has the potential to be effective against cancers that do not currently respond to treatment, and we’re keen to take it into clinical trials as soon as possible.”

Professor Paul Workman, Chief Executive of The Institute of Cancer Research, London, said: “Cancer’s ability to evolve and become drug resistant is the biggest challenge we face in treating the disease more effectively. But this exciting new study also suggests it is possible to use a key evolutionary mechanism against cancers, by forcing them to accumulate genetic mutations that are able to spark the immune system against them.

“This is a terrific example of the kind of exciting research into cancer evolution and drug resistance that will be the focus of our pioneering £75 million Centre for Cancer Drug Discovery, and which we hope will deliver entirely new types of cancer treatment.“

Co-author Dr Adel Samson, from the University of Leeds’ School of Medicine, said: “Adult cancers are caused by an accumulation of genetic mutations, which can provide resistance to conventional chemotherapy drugs. However, the same mutations make it possible for the immune system to detect and kill the cancer.

“This study demonstrates how we might apply this concept to future therapeutic cancer vaccines, by artificially mutating patient-derived cancerous cells in the laboratory, then injecting the mutated cell proteins back into the same patient. In doing so, this immunotherapy would be able to trigger an immune response against both the artificially mutated proteins, as well as the closely related cancerous cells originally present in a patient.”