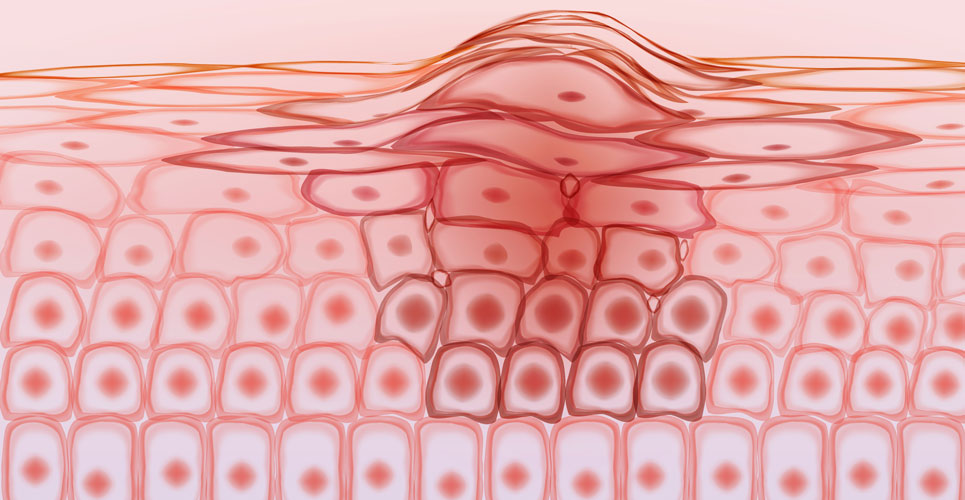 by aporter2
Published on 7 November 2019

Vitamin D influences the behaviour of melanoma cells in the lab by making them less aggressive, Cancer Research UK scientists have found.

The researchers from the University of Leeds in the UK discovered that vitamin D influences the behaviour of a signalling pathway within melanoma cells, which slowed down their growth and stopped them spreading to the lungs in mice.

Although this is early research, the findings could ultimately lead to new ways to treat melanoma. The research is published in Cancer Research.

There are around 16,000 new melanoma skin cancer cases in the UK every year, and survival has doubled in the UK in the past 40 years. Around 300 people get diagnosed with melanoma at its latest stage in England each year, when it is aggressive and difficult to treat. Around 55% of people with latest stage melanoma survive their disease for 1 year or more compared to nearly 100% of those diagnosed at the earliest stage.

Scientists have previously known that lower levels of vitamin D** circulating in the body have been linked to worse outcomes for people with melanoma, but they haven’t fully understood the mechanisms that cause this.

Professor Newton-Bishop from the University of Leeds and her team wanted to see what processes were being regulated by vitamin D in melanoma cells, and what happens when there is a lack of a protein on the surface of the melanoma cells called a vitamin D receptor (VDR), which enables vitamin D to bind to the cell’s surface.

The researchers looked at the activity of the gene that makes VDR in 703 human melanoma tumours, and 353 human melanoma tumours that had spread from the initial site. The activity of the VDR gene was cross-referenced with other patient characteristics, such as the thickness of their tumour and how fast their tumor grew. They also wanted to see if the amounts of VDR in human melanoma cells were associated with genetic changes that happen when tumours become more aggressive. They then used mice to check whether VDR levels changed the cancer’s ability to spread.

The team found that human tumours with low levels of the VDR gene grew faster, and had a lower activity of genes that control pathways that help the immune system fight cancer cells.

They also discovered that tumours with lower VDR levels also had a higher activity of genes linked to cancer growth and spread, especially those controlling the Wnt/β-catenin signalling pathway, which helps to modulate a variety of biological processes within the cell, such as its growth.

Professor Newton-Bishop said: “After years of research, we finally know how vitamin D works with VDR to influence the behaviour of melanoma cells by reducing activity of the Wnt/β-catenin pathway. This new puzzle piece will help us better understand how melanoma grows and spreads, and hopefully find new targets to control it.

“But what’s really intriguing, is that we can now see how vitamin D might help the immune system fight cancer. We know when the Wnt/β-catenin pathway is active in melanoma, it can dampen down the immune response causing fewer immune cells to reach the inside of the tumour, where they could potentially fight the cancer better.

“Although vitamin D on its own won’t treat cancer, we could take insights from the way it works to boost the effects of immunotherapy, which uses the immune system to find and attack cancer cells.”

Martin Ledwick, Head Information Nurse at Cancer Research UK, said: “Vitamin D is important for our muscle and bone health and the NHS already recommends getting 10 micrograms per day as part of our diet or as supplements, especially in the winter months.

“People who have been newly diagnosed with melanoma should have their vitamin D levels checked and managed accordingly. If you are worried about your vitamin D levels, it’s best to speak to your doctor who can help ensure you are not deficient.”