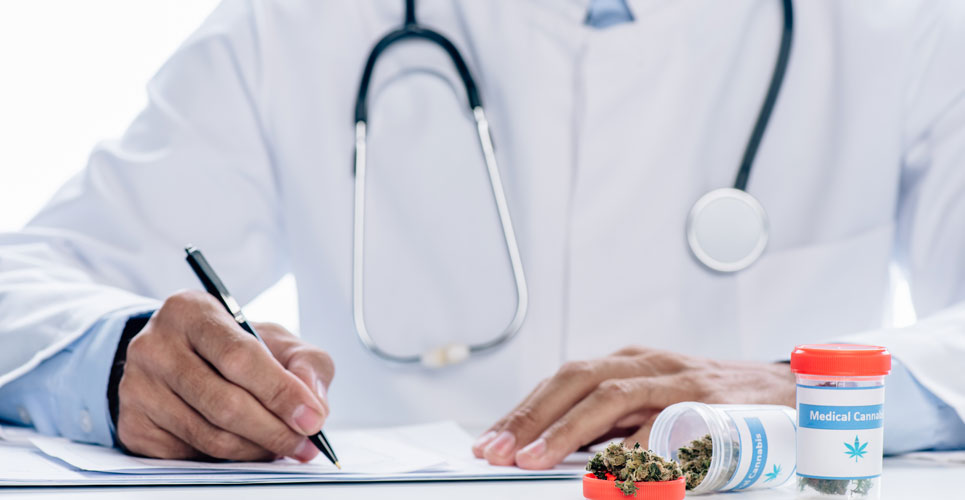 by Rod Tucker
Published on 21 September 2021

Only small improvement in chronic pain from medical cannabis

A review of studies has found that the use of medical cannabis in chronic pain provides only a small improvement compared to placebo.

A European survey of over 46,000 people respondents from 15 countries in 2006, found that 19% reported experiencing pain which lasted for at least 6 months. Furthermore, a more recent 2019 study undertaken in developing countries, found a similar incidence (18%) among the general population. The impact of chronic pain, i.e., which persists for more than 3 to 6 months, has a much wider impact upon affected individuals, reducing physical functioning, daily activities and mental health. Although opioid drugs have been widely used for the management of chronic pain, evidence suggests that compared with placebo, there are only small beneficial effects. Therefore, many patients have explored alternative pain management strategies, one of which is the use of medical cannabis. In fact, its use as a therapeutic alternative has been recommended in some guidance for chronic pain, especially in cases where other treatments have been ineffective. However, the overall effectiveness of medical cannabis in chronic pain remains unclear with some organisations such as NICE in the UK, advising against the use of cannabis-based medicinal products to manage chronic pain in adults unless as part of a clinical trial.

With uncertainty over the effectiveness of medical cannabis in chronic pain, Canadian researchers led by a team from the Department of Anesthesia, McMaster University, Ontario, Canada, performed a systematic review and meta-analysis to determine the benefits and harms of medical cannabis in patients with chronic pain, including cancer pain. The researchers included only randomised controlled trials that enrolled at least 20 patients with chronic pain (defined as lasting longer than 3 months) and who were assigned to any form of medical cannabis and which was compared to placebo with a follow-up period of at least one month. As well as the impact on pain, the team also included data, where available, on physical, emotional and social functioning and sleep quality. They assessment the benefits in terms of change scores from baseline as opposed to end of study results and determined whether use of cannabis achieved the minimally important difference (MID). This represents the smallest amount of improvement in a treatment outcome that patients recognise as important. For example, using a 10 cm visual analogue scale for pain, the MID is approximately 1 cm. The researchers modelled the risk difference (RD) of achieving at least the MID.

Findings
A total of 32 trials with 5174 adults in which 29 compared medical cannabis with placebo were included in the analysis. In terms of pain relief, there was moderate certainty evidence from 27 trials that medical cannabis compared to placebo, resulted in a small increase in the proportion of patients experiencing pain relief at or above the MID. This difference was modelled as 10 % (95% CI 5% to 15%). Data from 10 trials suggested a 7% increase in the proportion of patient experiencing at least a 30% reduction in pain with medical cannabis compared to placebo. Similarly, there was a 4% modelled difference in physical functioning and a 6% modelled risk difference for an improvement in sleep quality. However, there was no apparent improvement in emotional or social functioning. With respect to adverse effects, it appeared that medical cannabis gave rise to a 2% risk of transient cognitive impairment, impaired attention (3%) and nausea (5%).

The authors concluded that there was moderate to high certainty evidence of a small to very small increase in the proportion if people with chronic pain who experience an important improvement in their pain. Their results have been summarised in an accompanying rapid recommendation.