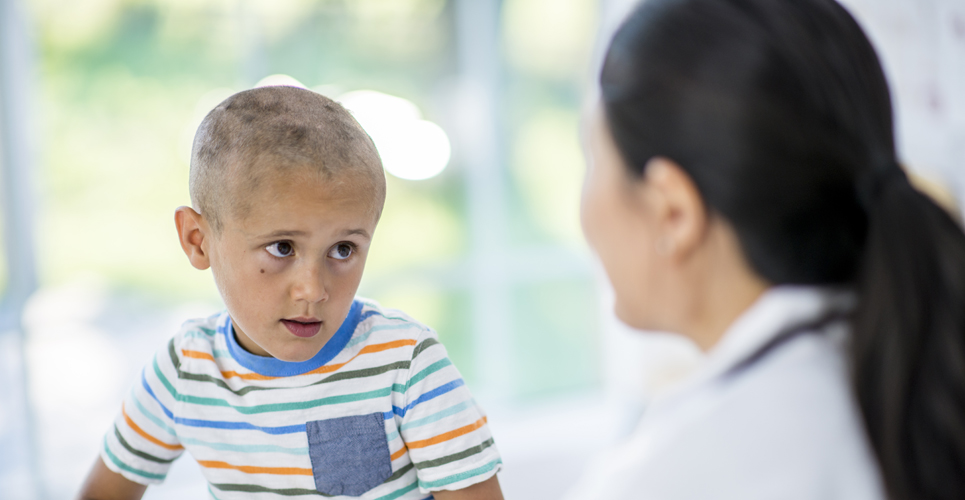 Current treatment of IBD in children

In the UK it has recently been estimated that 5.2 of every 100,000 children less than 16 years of age are affected by inflammatory bowel disease (IBD).(1) Unlike adults with IBD, the majority (60%) have Crohn’s disease (CD), an inflammatory condition that can affect any part of the gastrointestinal tract and other sites, such as eyes, skin and joints. The remainder have either ulcerative colitis (UC; 28%), which affects only the colon, or indeterminate colitis (IC; 12%), where it is not possible to definitively categorise the child into CD or UC. Treatment of these is similar and is aimed at reducing inflammation during acute exacerbations and then maintaining the disease in remission. Problems specific to children that have to be managed include poor growth (and delayed puberty), which may occur in up to 35% of subjects.(2)

Treatment
Treatments used in children are very similar to those used in adults,(3) and this usage is mostly based on data acquired from studies performed in adults. One major difference is the use of enteral nutrition (EN) for inducing remission in children with CD with the aim of avoiding the growth- suppressing effects of corticosteroids.

Enteral nutrition
In the UK the most commonly used treatment for Crohn’s disease is EN involving a six- or eight-week course of an exclusive polymeric or elemental enteral feed, such as Modulin-IBD (Nestlé) or E028 (SHS International). While most effective in those with primarily small bowel disease, this can also be used for those with colonic disease.

About 80% of children treated with EN go into remission. In a randomised study, EN was as efficacious as steroids, with an improved growth rate in those treated with EN.(4) The main disadvantage is the difficulty of taking the feed exclusively for a prolonged period, which in some cases may require passage of a nasogastric tube or percutaneous gastrostomy. Reduction of inflammation and inflammatory cytokines in both the mucosa(5) and serum(6) has been demonstrated. Reduction in serum markers before significant changes in nutritional measurements suggests that EN has an anti-inflammatory effect, and this is not simply a consequence of improved nutrition.(6) The mechanism of action is much debated and may be due to alteration of the intestinal bacterial milieu, anti-inflammatory constituents of the feeds, for example, the cytokine TGF-beta (transforming growth factor-beta), which is present in Modulin-IBD,(5) or reduced protein exposure in elemental feeds such as E028.

Enteral feeding has not been shown to be of benefit in UC or IC, where steroids are the preferred option.

Corticosteroids
Prednisolone is the most commonly used steroid in the UK and is effective in reducing remission in almost all forms of IBD. The unwanted side-effects of steroids remain, with the theoretical risk of growth suppression and bone demineralisation being of major importance in children, who may require repeated courses over many years. Budesonide for CD affecting the terminal ileum and right colon is reported to have a lower incidence of side-effects in adults, and a European multicentre study examining the use of this in children has recently been performed, the final analysis of which is awaited.

Steroids are not recommended for maintenance of remission.

Sulphasalazine and 5-ASA ­preparations
Sulphasalazine and 5-ASA preparations are used for the induction and maintenance of remission in UC and for the maintenance of remission in CD. Sulpha-salazine is often preferred in children with associated joint disease, despite its higher rate of side-effects than 5-ASA preparations. In one of the few double-blind, placebo-controlled trials performed in children with colitis, a higher rate of remission was found in the group receiving sulphasalazine compared with olsalazine despite a slightly (but not statistically significant) increased ­incidence of side-effects.(8)

Immunomodulation
Azathioprine and its metabolite 6-mercaptopurine (6-MP) are well established treatments for IBD. Their main usage is as steroid-sparing agents in those with “difficult-to-control” disease. Early usage in children with moderate to severe CD has been shown to reduce the rate of relapse as well as steroid usage.(9) Whether this would apply to children treated with EN as the initial treatment is not known.

Cyclosporin A is used in the treatment of the most severe acute colitis but is thought only to delay the need for surgery. Tacrolimus has also been used in the management of severe colitis.(10)

Tumour necrosis factor antibodies
Research over the last 10 years has led to increased understanding of the role of pro- and anti-inflammatory cytokines in the pathogenesis of IBD. Tumour necrosis factor (TNF)-alpha has been identified as one of the most important of the cytokines.(11) A number of TNF-alpha antibodies are becoming available, one of the first being infliximab, which has been shown to be effective in inducing clinical and endoscopic remission.(12) Published evidence for the use of infliximab in children is limited but suggests that it can be effective in inducing remission in the short term.(13) Further studies are underway to more clearly establish indications and complications of TNF-alpha antibodies in the management of IBD in children.

In a small group of children, thalidomide, a potent TNF-alpha suppressor, has been found to be effective in “difficult-to- control” CD,(14) and may show promise for the future.

Antibiotics
The best established use of antibiotics is for localised perianal disease with or without abscesses in CD, where metronidazole is the treatment of choice. Antibiotics (such as ciprofloxacin and metronidazole) are also used to induce remission (in combination with steroids) in severe colitis.

Topical treatments
Where the disease is localised to the distal colon area, topical treatments (such as steroid and mesalazine enemas) can be used to control the disease, although at presentation most children have a pancolitis requiring systemic steroid treatment.

Topical tacrolimus has also been used successfully for treating both oral and perianal CD;(15) however, systemic absorption has been noted using this route.(16)

In one small open-label study, lactobacilli GG has been shown to improve the outcome of CD in children.(17)

Conclusion
Treatment of IBD in children is generally similar to that in adults, but special attention must be paid to the complications specific to children, particularly poor growth and delayed puberty. While EN and steroids are effective in inducing remission, the major challenge is to find the best treatments to prevent relapses, allowing ­optimal health, growth and development.