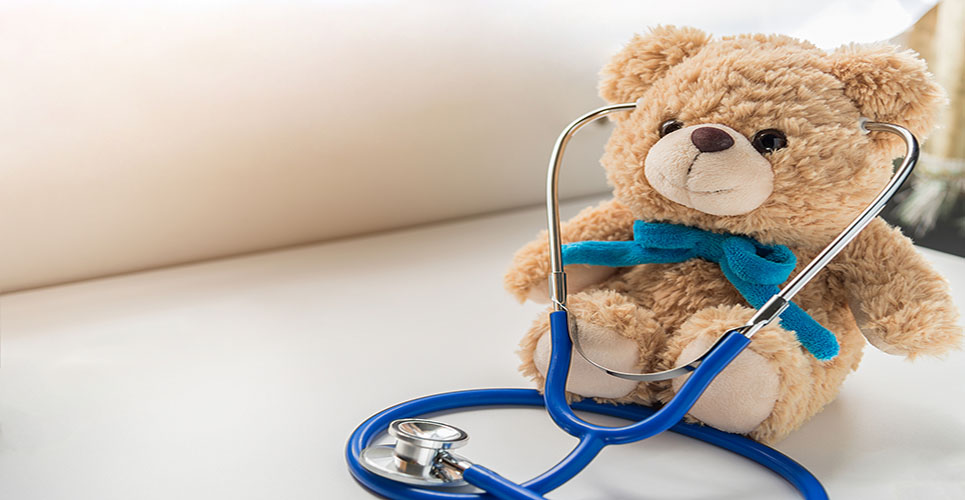 Many drugs prescribed for children are used outside the conditions of the product licence. These drugs may be given by an unlicensed route of administration, for an unlicensed indication or in an unlicensed dosage.(1)

A survey of unlicensed and off-label drug use in paediatric wards in European countries (UK, Sweden, Italy, the Netherlands and Germany) showed that 67% of all children and infants were treated with at least one drug that was not specifically licensed for paediatric use.(2)

Comparing the size of the paediatric healthcare market with the proportion of the total healthcare market, there is no realistic chance that pharmaceutical manufacturers will invest in further paediatric studies and in the development of special paediatric dosage forms as, from a business perspective, it may not be a profitable financial venture.

Dispensing paediatric drugs
Without the service of a hospital pharmacist, nurses have to administer intravenous (IV) drugs orally or use IV or oral preparations rectally.(3) Crushed tablets and opened capsules are suspended in tea or food to enable young children to swallow them. Concentrated IV drugs for adult patients may have to be diluted for oral use in children.

Until 12 years ago, we were dispensing all recommended dosages for children according to their requirements with capsule formulations used as a unit-dose vehicle. We were aware of the possible problems regarding the accuracy of the method at very low doses and the loss of medicine during administration. But one day, in our Department of Paediatric Nephrology, a three-year-old boy suddenly refused almost any kind of food and drinks because of the terrible taste. The reason was that the nurses had to mix some medicines into parts of his meals. After investigations on Medline, we found an interesting compilation of information, including a description of the experience with extemporaneous liquid formulations at the Hospital for Sick Children, Toronto, Canada.(4) The article explained how to prepare suspensions or other liquid dosage forms using a methylcellulose-based standard suspension vehicle prepared by a hospital pharmacist (see Table 1) to improve extemporaneous compounding efficiency. Presenting a list of 74 formulations, the article also highlighted the most frequently used concentrations, vehicle formulas, storage, stability, references and classification of the formulations according to the American Society of Hospital Pharmacists’ (ASHP) report.(5) The use of preservatives, the importance of pH, the expiry date, the problem of “caking” and the clinical evaluation carried out with the participation of the physician in charge are mentioned. With the help of further ASHP publications, we gained our own practical experience with captopril solution, hydrochlorothiazide, propranolol and spironolactone suspensions following these recommendations. The effect in the Paediatric Department was enormous, because one bottle of a standard formulation could now be used for several children on the ward, and because easy application and accurate measuring via an oral syringe were possible. Soon, there was a great demand for more oral suspensions and liquid dosages. Looking for further formulations, we identified a trend towards a commercially available carboxymethylcellulose in a ready-to-use suspension vehicle (Ora-Plus; Paddock Laboratories, USA). As long as this does not become a problem, the low pH of Ora-Plus (pH 4.4) minimises common degradation pathways found at higher pH, and it may also be diluted with sweetening agents, flavours, surfactants or other ingredients commonly needed for suspensions. Routinely, the suspending agent will be mixed with an equal volume of Simple Syrup, NF, or Ora-Sweet (with sugar or sugar-free). The commercially available Ora-Sweet syrup contains buffering agents and a citrus-berry flavour to help mask the taste of bitter drugs.

We are currently preparing a large number of different extemporaneous formulations depending on the needs of the Paediatric Department. Recently, we had to find a tacrolimus oral liquid formulation for a paediatric organ transplant girl in a very short time. A search led us to an article on the stability of tacrolimus in extemporaneously compounded oral liquids (from cooperative manufacturers). (6) This oral formulation was immediately discussed with the consultant in charge, manufactured and ready to use within six hours of finding the article. Plasma concentrations were in the therapeutic range.

Two handbooks have been available for the past few years.(3,7) A large number of detailed formulations, including documented stability data and compounding guidelines, can be found in these publications.

When a formulation is adopted, the compounding of suspensions or other oral liquids must be established and validated in the pharmacy department, and stability data for the product must be made available. Osmolality, preservatives and pH have to be determined depending on the age of the patients. Finally, the extemporaneous product is the pharmacist’s own responsibility.

Conclusion
The off-label use of drugs is common in paediatric patients. In cases where it is possible to prepare potentially better therapies that are not yet approved by the authorities, extemporaneous formulations have an important role, especially in infants and young children, who are unable to swallow tablets or capsules. These patients require doses based on body weight; thus, fixed doses in capsules or tablets intended for adults cannot be given. “The preparation of drug dosage form should be a pharmacist’s responsibility, not a nurse’s.”(3)

Read the latest issue >
Be in the know
Subscribe to Hospital Pharmacy Europe newsletter and magazine
Subscribe
Share this story:
RELATED ARTICLES
Merck resubmits US application for Cladribine tablets
A silent epidemic?
Implementing change, improving patient safety
Advice on antibiotic therapy: a case study
CHMP recommends indication for the use of Trajenta®