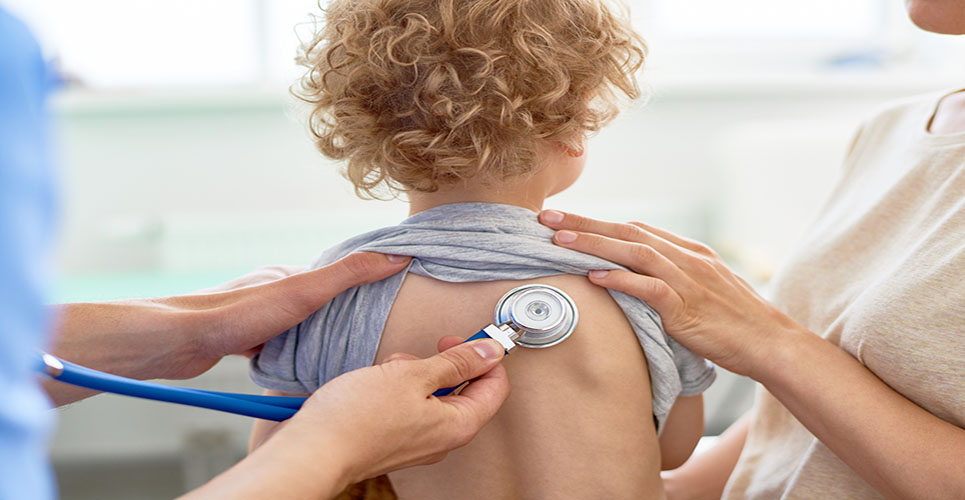 The one-day Good Medicine for Children conference, organised by the BNF in association with the Royal Pharmaceutical Society and the BMA (British Medical Association), focused on the different challenges faced by paediatricians and other health professionals working with sick children.

A child’s metabolism is very different from that of an adult. In children, the body composition is different (more water versus lipids), the liver is larger, the renal function is still immature and the brain is larger (which leads to a greater blood flow to the central nervous system). Thus, drugs used in adults cannot systematically be given to children for the same indication, as they might be metabolised differently in this patient population. In addition to this problem, doses and formulations of paediatric drugs also have to be modified.

Generally, aspirin should be avoided in children, and drugs should be sugar-free. Many nonsteroidal anti-inflammatory drugs (NSAIDs) – which are better tolerated in children than adults – are available for the treatment of JIA, such as ibuprofen, naproxen, piroxicam, indomethacin and diclofenac. Corticosteroids can also be given, preferably as intra-articular injections, as oral exposure should be minimised.

Major recent advances in the treatment of severe cases of JIA include methotrexate (usually 10–15mg/m(2)/week). This treatment is generally well tolerated, and joint damage is reduced in 60–75% of children. Antitumour necrosis factor (anti-TNF) therapy is used in polyarticular JIA. The treatment is effective, with few adverse events recorded; however, this treatment is very costly (£10,000/patient/year). Finally, autologous stem cell rescue is used in severe cases, with swelling being reduced dramatically.

Since 2003, US law requires that products must be studied in all relevant paediatric populations for the claimed indications. However, paediatric studies can be deferred if a product is ready for release in adults. Older, generic drugs without patent protection can also be studied. The law also recommends establishing priorities in the list of drugs needing paediatric studies. Professor Ward, however, explained that this is a large effort for a little effect, as there are not enough sites and investigators, and because study designs need to be different from those used in adults. There are also ethical issues with paediatric studies, such as the use of placebos, conflicts of interest and consent.

What is happening in the UK?
The majority of medicines prescribed for children in the UK are unlicensed or off-label. The National Institute for Clinical Excellence (NICE) is currently establishing guidelines for the use of these drugs in children. The new paediatric BNF should be published in 2005, and the Royal College of Paediatrics and Child Health’s (RCPCH) report on the Lilleyman review has been published in May 2004. Professor Al Aynsley-Green (National Clinical Director for Children, Department of Heath, UK) emphasised the will from the UK government to provide better quality of healthcare for children in the UK.

There are currently serious problems with child health that the general public is not aware of. For example, one in 10 children have a mental health problem, with 75% of these children not having access to services. Professor Aynsley-Green went on to explain that the current system with regard to testing and licensing of medicines for use by children is still inadequate. He then expanded on the different issues that should be addressed, such as safe medication practice (clinical governance with a focus on children, prescription outside licensed indication, reduction of medication errors and risk of harm, and improving formulations), better access to information for parents, carers, staff and children and adolescents and better access to medicines (in hospitals or NHS settings and at home, for prescribers and professionals and for parents and children). Recent developments include a paediatric national formulary, the creation of a centre for paediatric pharmacy and the development of the NHS national paediatric pharmacology research network. Professor Aynsley-Green concluded his presentation by listing the actions needed, such as legislation, incentives for the pharmaceutical industry, money to invest in research infrastructure, as well as recruitment and training.

Paediatric oncology
Cancer is the second most common cause of morbidity and death in childhood after accidents and injuries (20% versus 26% for accidents and injuries), with one in 600 children aged 1–15 years having had cancer at one point in their childhood. It is estimated that one in 1,000 young adults are childhood cancer survivors. The five-year survival rate is currently 75%, but, explained Professor Mike Stevens (Professor of Paediatric Oncology, University of Bristol, UK), there is scope for improvement.

The UK Children’s Cancer Study Group (UKCCSG), which this year celebrated its 25th anniversary, registers oncology paediatric patients, conducts clinical trials and offers professional support. Since 1990, approximately 80% of all patients registered with the UKCCSG have entered a national or international trial or study (in comparison, the target of Cancer Research UK is to have 10% of adult patients registered in trials and studies).

As far as science is concerned, chemotherapy is still a challenge, as off-label and unlicensed drugs need to be used. Researchers also have to engage with the industry for the development of new drugs. Partnership between professionals, the voluntary sector and families and children is also vital to improve survival rates. However, improving survival rates will be challenging, due to the organisational complexity of conducting clinical trials with children, and because of the cost, legislation and the problem of ethics and consent surrounding clinical trials with this specific patient population.

The problem of parental consent, Professor Stevens explained, is a particularly difficult one, with parental refusal accounting for 35% of the reasons for nonrandomisation in a recent international trial.

Professor Stevens concluded his presentation by saying that the role of the pharmacist in paediatric oncology is becoming more important.