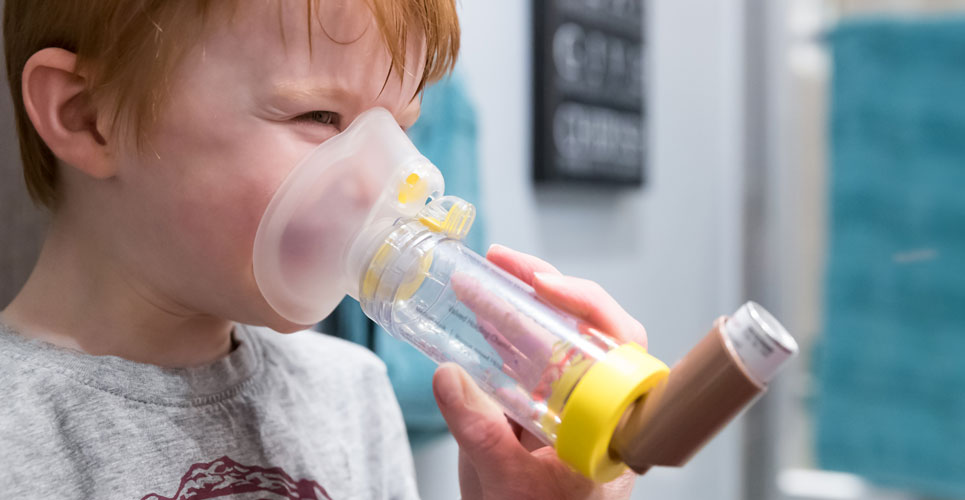 Using a once-daily regime for inhaled corticosteroids (steroids) in young children is associated with an improvement in medication adherence according to a study by researchers at the Department of Pediatrics, Faculty of Medicine, Université de Montréal, Canada.

Asthma arises due to inflammation and the resultant narrowing of the small airways in the lungs, giving rise to the typical symptoms of cough, wheeze, shortness of breath and chest tightness. Asthma is a very common disease and in 2019, the World Health Organisation, estimated that asthma affected 262 million people and caused 461000 deaths. Moreover, among children aged 5-14 years, asthma is among the top 10 causes of disability-adjusted life years.

Inhaled steroids are the most effective drugs used in asthma to suppress airway inflammation and suitable for both adults and children. However, adherence to inhaled steroids is low and this can negatively affect disease control. In fact, one systematic review found that 24% of asthma exacerbations and 60% of asthma-related hospitalisations could be attributed to poor inhaled steroid adherence. Simplifying regimes for instance, use of a once-daily inhaled steroid has been shown to significantly increase adherence compared to twice daily usage. However, much of the data has been derived from studies with adults and there is a lack of robust data for children.

Once-daily inhaled steroid use and PPDC

A total of 232 participants with a mean age of 5.8 years (61% male) of whom 110 were prescribed once-daily inhaled steroids were included in the analysis and followed-up for a median of 10.7 months.

However, there were no significant differences between once and twice daily regimes on the time to the first asthma exacerbation (hazard ratio, HR = 0.71, 95% CI 0.38 – 1.31).

Based on these findings, the authors concluded that once-daily dosing improved absolute adherence compared to twice-daily but added that further studies are required to determine whether better adherence leads to clinically meaningful improvements in asthma control.

Be in the know
Subscribe to Hospital Pharmacy Europe newsletter and magazine
Subscribe
Share this story:
RELATED ARTICLES
Management of haemophilia A and B
Orion Health shares vision for coordinated care at HIMSS Turkey
Beating diabetes challenge meeting
Quad-pill appears to give better control than initial mono-therapy in hypertension
‘One stop shops’ for cancer aim to speed up diagnosis