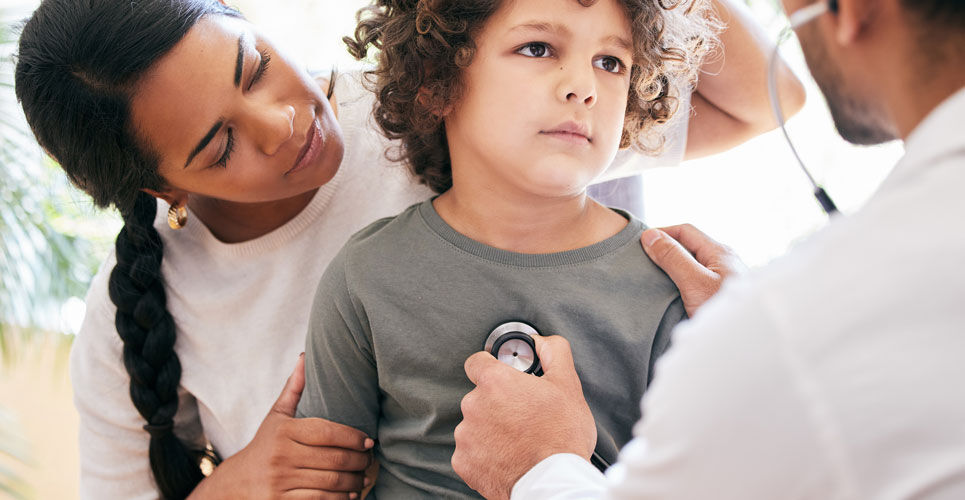 Multiplex PCR for point-of-care testing for respiratory pathogens in acutely ill children presenting to an emergency department (ED), does not have any noticeable impact on the level of antibiotic prescribing. This was the the main conclusion of a randomised controlled trial by Finnish researchers.

Acute respiratory tract infections are known to be one of the leading causes of emergency department visits and are often due to viral pathogens. Furthermore, children suffering from infectious diseases of either bacterial and viral origin, are often treated with empirical antibiotics because of the similarity in symptoms. This can therefore result lead to inappropriate use of antibiotics as witnessed in a study of pharyngitis presentations in children, which found evidence of substantial antibiotic overuse and inappropriate antibiotic selection. Given such over-prescribing, there is a need for strategies to guide prescribing decisions and one such approach is the use of multiplex PCR point-of-care testing and which can provide answers to the invading pathogen with one hour of testing. In fact, one randomised trial in children 3 to 36 months of age with febrile acute respiratory tract infections, found that among those assigned to rapid respiratory viral testing on admission, there was a significant reduction in antibiotic prescription after discharge from the emergency department. Based on these findings, in the present study, the Finnish team hypothesised that the use of a rapid multiplex PCR point-of-care testing panel for a wider range of respiratory viral and bacterial pathogens would reduce the prescribing of antibiotics in acutely ill children.

For the study, upon arrival at an emergency care department, children aged 0 to 17 years with a fever and or respiratory symptoms including tachycardia, shortness of breath, apnoea, were recruited and randomised 2:1 to either multiplex PCR point-of-care testing (which tested for 18 respiratory viruses and 3 bacteria) or usual care, where the patients were only tested using the multiplex system according to the clinical judgement of the treating physician. For the intervention group, the multiplex PCR test results were available within 70 minutes but not until the following day for the control group. The team set the primary outcome as the proportion of children with any antibiotic therapy that was started or on-going in the emergency department. For their secondary outcome, the team examined the level of diagnostic testing or radiographic imaging procedures undertaken in the two groups.

A total of 1243 children were included of whom, 829 with a mean age of 3 years (55.9% male) were randomised to multiplex PCR testing. Among these children, 18.7% had only fever, where as 41.7% had both a fever and respiratory tract symptoms.

For the secondary outcome, there were no differences in either the number of diagnostic tests or imaging and overall emergency department costs were similar.

The authors concluded that systematic testing for respiratory pathogens in an emergency department had limited impacted on clinical decision-making over whether or not to prescribe antimicrobial therapy.