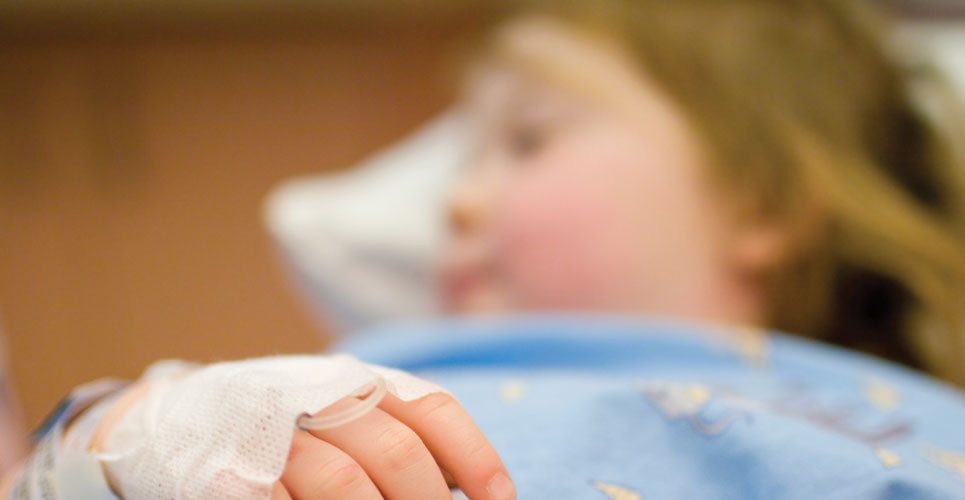 by Christine Clark
Published on 4 February 2021

Intravenous ibuprofen provides effective perioperative pain control in paediatric patients; it is opioid-sparing and not associated with additional adverse effects, participants at a B. Braun satellite meeting at Euroanaesthesia 2020 heard

Support for the development of this report was provided by B. Braun

Postoperative pain is complex and multifactoral and therefore it is unlikely to respond sufficiently to a single analgesic alone, according to Alexander Tzabazis (Senior Physician and Deputy Director of the Department of Anaesthesiology and Intensive Care Medicine, University Hospital, Schleswig-Holstein, Lübeck, Germany).

Postoperative pain results from a combination of effects. In addition to a somatic component, there is also an inflammatory component as a consequence of the initial incision, and a neuropathic component, because injury to small nerve fibres is unavoidable. A single medication is unlikely to be successful for complete management of the pain and it is necessary to combine at least two analgesics working at different sites, using the same or different routes of administration. The objective is to achieve better pain relief with reduced total opioid consumption and reduced incidence of adverse events compared with a single agent.

The WHO pain ladder, originally developed for cancer pain, starts with non-opioid analgesics in step 1, transitioning to weak oral opioids in step 2, and then strong opioids in step 3 (Figure 1). The final step (step 4), which was not part of the original ladder, involves more complex procedures such as neuraxial administration of analgesics. For postoperative pain a ‘top-down’ approach is used, starting at step 4 or 3 of the WHO pain ladder and working downwards. At every step non-opioid analgesics are used in addition to other drugs, explained Dr Tzabazis.

For example, a 12-year-old child undergoing a funnel chest repair would usually be given an epidural analgesic for intra- and immediate post-operative pain. After 3–5 days the epidural is removed and the patient is switched to oral medication only. Throughout the postoperative period the patient would be given non-steroidal anti-inflammatory drugs (NSAIDs) in addition to the neuraxial blockade or oral opioids. The NSAIDs would be continued until all the wound drains are removed and the patient no longer requires pain medication.

The opioid-sparing effect of perioperative paracetamol and NSAIDs has been studied extensively, in children as well as adults. A meta-analysis of 31 studies in children aged 18 months to 17 years compared 1633 participants who received non-opioid analgesics plus systemic opioids with 988 who received placebo plus systemic opioids.1 The non-opioids used were paracetamol and/or NSAIDs.

The results showed that NSAIDs and /or paracetamol reduced perioperative opioid requirements in children. Positive effects were most consistently seen when opioid requirements were relatively high and titrated by either nurse-controlled analgesia (NCA) or patient-controlled analgesia (PCA). The researchers also found that the doses of NSAIDs and/or paracetamol utilised in the trials were not associated with any additional adverse effects, noted Dr Tzabazis. Regardless of whether opioid analgesics were given by NCA/PCA or on an ‘as required’ basis, there was a 35–40% reduction in overall opioid use, he added.

Another interesting study examined the impact of an enhanced recovery protocol in a paediatric population.2 In this retrospective, single centre study with 51 participants, consecutive patients scheduled for laparoscopic abdominal surgery were included. The study intervention comprised 15 elements of an enhanced recovery after surgery (ERAS) protocol, including regular non-opioid analgesics and an opioid-sparing pain regimen. The primary outcomes were length of stay and opioid requirements. The results showed that there was a 50% reduction in perioperative morphine equivalents, and even greater reductions in opioid requirement were reported in the post-operative period. “Opioid requirements after implementation of the ERAS protocol were dramatically decreased”, said Dr Tzabazis.

The injectable non-opioid options for children are ibuprofen, paracetamol and metamizol (dipyrone). Other injectable non-opioids are either not approved or not recommended for use in children. Metamizol is not available in many countries in Europe; it has been withdrawn in other countries (including the UK) because of the risk of agranulocytosis.

Some 15 years ago the European Medicines Agency identified the need for an injectable form of ibuprofen, formulated for paediatric use. Such a product was eventually launched in 2020 (IV Ibuprofen B. Braun 200mg Solution for Infusion)

Taking adeno-tonsillectomy as an example, at the basic level, a rectal NSAID is recommended for intraoperative use and then oral NSAIDs postoperatively. At the intermediate and advanced levels of care, IV NSAIDs are recommended after induction of anaesthesia followed by oral NSAIDs
for postoperative care.

For open or laparoscopic appendectomy, at the intermediate and advanced levels an intravenous NSAID is recommended both intraoperatively and during the postoperative phase. For limb fractures, intra-operative IV NSAIDs are recommended followed by IV or oral NSAIDs.

At the time of publication, in 2018, there was no paediatric intravenous NSAID product. Now there is a product approved for patients aged six years or above and weighing 20kg or more*, noted Dr Tzabazis.

The pharmacokinetics of IV ibuprofen have been studied in healthy adult volunteers. Peak plasma concentrations are reached at 30 minutes after an IV infusion over 30 minutes whereas after oral administration it takes 1.5 hours to reach the peak level. A 30-minute infusion is advised because in the initial trials volunteers complained of local irritation when doses were given by IV bolus over 5–7 minutes. However, “this is usually not an issue
if given intraoperatively”, he commented.

A recent (2020) placebo-controlled study investigated IV ibuprofen for prevention of pain after endoscopic retrograde cholangio-pancreatography (ERCP).4 The study included 58 patients, of average age 12.8 years, who received either 10mg/kg IV ibuprofen or placebo at the time of scope insertion. The primary outcome was post-ERCP pancreatitis; pain and adverse events were secondary outcomes. The results showed that the majority of patients in the control (placebo) group had worse pain scores after the procedure whereas the majority of patients who had received IV ibuprofen reported less pain after the procedure. The study demonstrated a robust analgesic effect with no significant difference in adverse events, said Dr Tzabazis.

A larger study, published in 2014, involved a placebo-controlled evaluation of a single dose of IV ibuprofen in paediatric patients undergoing tonsillectomy.5 In this study 161 patients, aged 6–17 years received either 10mg/kg IV ibuprofen or placebo injection (normal saline). Patients also received fentanyl 0.5 microgram/kg postoperatively, if required, in the post-anaesthesia care unit (PACU). The primary outcome was the number of doses and amount of fentanyl given, secondary outcomes were adverse events. The pain score, on a scale from 0 to 100, fell steadily postoperatively for both groups with slightly less pain in the ibuprofen group at all time points (30, 60, 90, 120 min). In addition, the IV ibuprofen group required significantly less fentanyl than the control group. There were no differences in the ‘time to first rescue dose’ or adverse events – including bleeding, which is of particular concern in patients who have undergone tonsillectomy. There was also a significant decrease in emesis during the post-discharge period (0–48 hours) in the IV ibuprofen group.

The virtual Euroanaesthesia 2020 meeting was held 28–30 November 2020. The B. Braun satellite meeting, New Horizons of Safety and Efficiency in Regional Anesthesia and Paediatric Pain Management, was held on 28 November 2020.