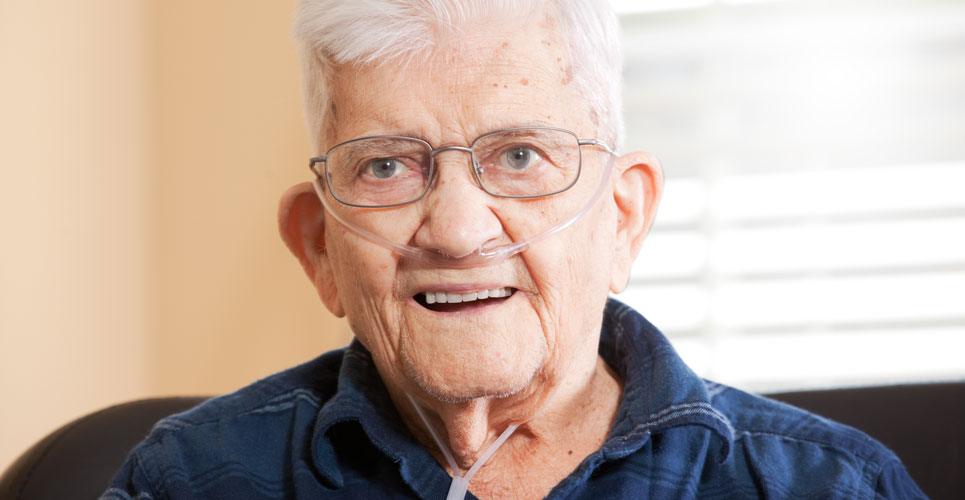 A simple finger-prick blood test could help prevent unnecessary prescribing of antibiotics for people with COPD, according to a new study by researchers from Cardiff University, University of Oxford and King’s College London.

With funding from the National Institute for Health Research, the team demonstrated that using a CRP finger-prick blood test resulted in 20% fewer people using antibiotics for COPD flare-ups.

Importantly, this reduction in antibiotic use did not have a negative effect on patients’ recovery over the first two weeks after their consultation at their GP surgery, or on their well-being or use of health care services over the following six months.

Safely reducing the use of antibiotics in this way may help in the battle against antibiotic resistance.

More than a million people in the UK have COPD, which is a lung condition associated with smoking and other environmental pollutants. People living with the condition often experience exacerbations, or flare-ups, and when this happens, three out of four are prescribed antibiotics. However, two -thirds of these flare-ups are not caused by bacterial infections and antibiotics often do not benefit patients.

Professor Nick Francis, from Cardiff University’s School of Medicine, said: “Governments, commissioners, clinicians, and patients living with COPD around the world are urgently seeking tools to help them know when it is safe to withhold antibiotics and focus on treating flare-ups with other treatments.

“This is a patient population that are often considered to be at high risk from not receiving antibiotics, but we were able to achieve a reduction in antibiotic use that is about twice the magnitude of that achieved by most other antimicrobial stewardship interventions, and demonstrate that this approach was safe.”

The finger-prick test measures the amount of C- reactive protein (CRP) – a marker of inflammation that rises rapidly in the blood in response to serious infections. People with a COPD flare-up who have a low CRP level in the blood appear to receive little benefit from antibiotic treatment.

Professor Chris Butler, from the University of Oxford, said: “This rigorous clinical trial speaks directly to the pressing issues of; preserving the usefulness of our existing antibiotics; the potential of stratified, personalised care; the importance of contextually-appropriate evidence about point of care testing in reducing unnecessary antibiotic use, and; enhancing the quality of care for people with the common condition of chronic obstructive pulmonary disease.

“Most antibiotics are prescribed in primary medical care, and many of these prescriptions do not benefit patients: point of care testing is being vigorously promoted as a critical solution for better targeted antibiotic prescribing. However, there have been virtually no trials of point of care tests that measure impact on clinician behaviour, patient behaviour and patient outcomes. Acute exacerbations of chronic pulmonary disease account for considerable proportion of unnecessary antibiotic use, but a good solution to the problem in ambulatory care (where most of the antibiotics are prescribed) has not been identified until now. Ours is the first trial of biomarker guided management of AECOPD in ambulatory care, and has found an effect that should be practice-changing.”

Jonathan Bidmead and Margaret Barnard were the patient and public representatives on the PACE study, providing a voice for patients with COPD: Jonathan Bidmead commented: “We need to highlight not only how many people are saved by antibiotics but also that many are harmed though unnecessary antibiotic use. As a COPD sufferer, I know that antibiotics are routinely used at the first sign of an exacerbation: this study has shown that doctors can use a simple finger-prick test in a consultation to better identify those instances where antibiotics will probably do no good and may even do some harm. This can help us focus on other treatments that may be more helpful for some exacerbations.”

Professor Hywel Williams, Director of the NIHR’s Health Technology Assessment (HTA) Programme, said: “This is a really important study which provides clear evidence that a simple biomarker blood test carried out in GP surgeries on people with chronic obstructive pulmonary disease experiencing flare-ups, has the potential to reduce unnecessary prescribing of antibiotics, without adversely affecting recovery from these flare-ups. This in turn helps tackle the wider global health hazards of antimicrobial resistance (AMR).

“The NIHR is committed to research in areas of greatest health need, such as AMR. This study is one of a number which we have funded over the last few years in this crucial area, in our sustained effort to tackle this worldwide threat.“