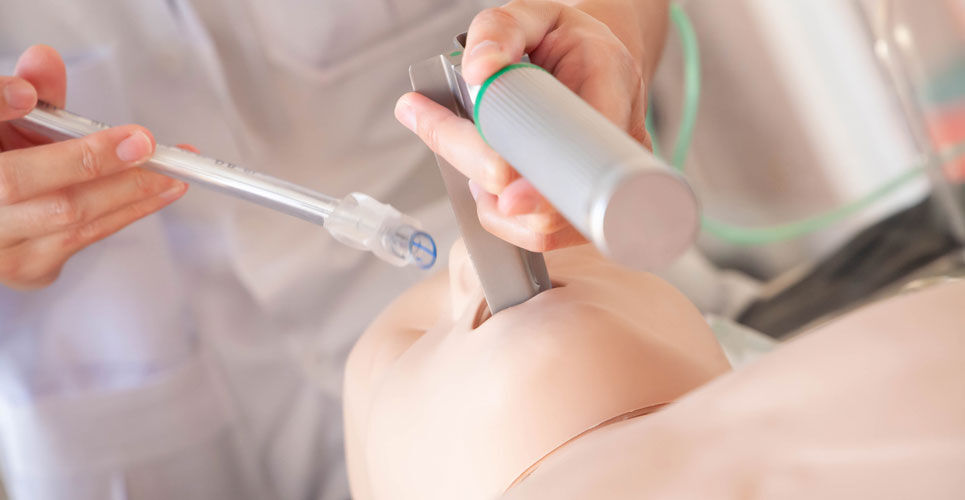 The first-pass success rate is the same during endotracheal intubation if patients are in the inclined or supine position according to a systematic review by a team from the Department of Emergency Medicine, Indiana University School of Medicine, Indiana, USA.

Tracheal intubation is a procedure that is commonly performed outside of an operating theatre and has been found to be associated with higher risk than intubation within theatre. Performance of endotracheal intubation in the sitting or inclined position has been described as a useful technique for rapid airway control in the patient for whom maintenance of the upright posture is desirable. Although use of this inclined position was described over 30 years ago, it wasn’t until research in 2016 demonstrated that placing patients in a back-up, head-elevated position, compared with supine position, during emergency tracheal intubation, was associated with a reduced odds of airway-related complications. However, not all studies have demonstrated these benefits. In fact, one 2017 randomised trial concluded that the ramped (inclined) position did not improve oxygenation during endotracheal intubation of critically ill adults compared with the sniffing (or supine) position. A 2021 systematic review on the comparative merits of the inclined vs supine condition for tracheal intubation which set the primary outcomes as a successful first attempt at intubation, the number of tracheal intubation attempts and adverse events, found favourable aspects of the inclined compared to the supine position. However, since this review did not include any emergency department studies, for the present review, the US team sought to examine the association between the inclined and supine positioning on first-pass success across a range of clinical settings.

They searched for trials comparing both positions and used the first-pass success, which is a widely reported metric, as the primary outcome of interest. Several secondary outcomes including hypoxia, hypotension, mortality and time to intubation were also examined.

A total of 10 studies with 18,371 intubations were included in the analysis and studies were randomised, prospective/observational and retrospective in nature though only two studies were undertaken in an emergency department.

The authors concluded that their review had demonstrated no evidence of either benefits or harm associated with the inclined versus supine positioning during an endotracheal intubation in any setting. However, they recognised that the overall quality of the evidence was rated as low or very low for most of the outcomes.