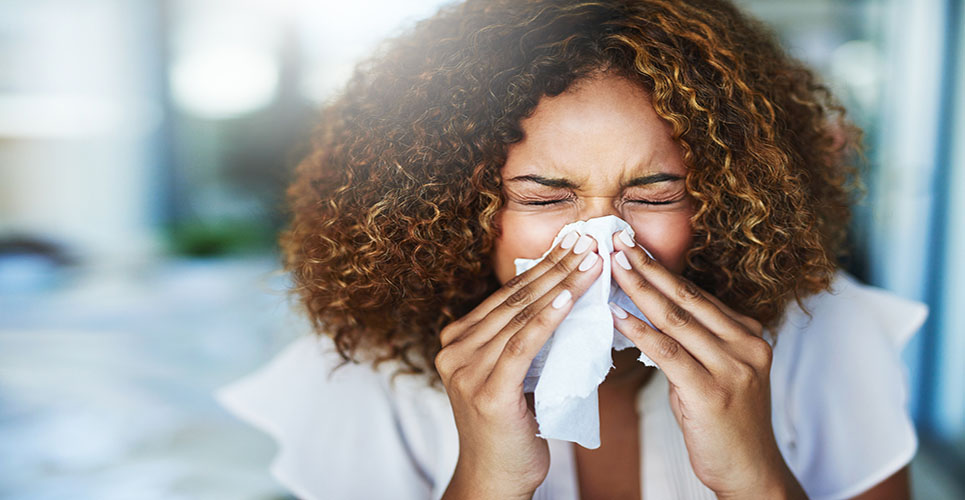 Inhaled steroids in asthma and rhinitis: a UK outlook

Asthma has been diagnosed at some time in 12% of adults and about 20% of children. Rhinitis affects about one in six people in the UK.(1,2) The UK drug costs are in excess of £400 million, and about £350 million is lost in revenue due to sickness benefit and lost time at work due to asthma and rhinitis. Barnes et al. asserted that the costs of asthma are largely due to uncontrolled disease, which causes an enormous burden on health resources such as emergency room and hospitalisation costs (direct costs), as well as time off work and the socioeconomic effects on the individuals and their families (indirect costs).(3)

Asthma and rhinitis manifest themselves through a series of processes that result in the release of inflammatory mediators, which result in episodes of variable airflow obstruction with wheeze, cough and breathlessness in asthma, and sneezing, nasal blockage, runny nose and itching in the case of rhinitis. Treatment is aimed at preventing and treating the inflammatory process of these diseases, in which inhaled topical steroids are fundamental.

In the UK, care is organised in such a way that most people with asthma and rhinitis are treated by GPs; acute severe exacerbations and patients with severe chronic illness are usually treated in hospital. All UK citizens are entitled to treatment under the NHS, without any charge at the point of contact; however, dispensed prescriptions do incur a charge (currently £6.00 per item) for people between the age of 16 and 60 years. Children and senior citizens do not pay for prescribed medication.

Prescribing patterns
There has been a marked increase in prescribing for anti-inflammatory medication, particularly inhaled topical steroids, in the last two decades in the UK. The current British Guidelines for Asthma(4) advocate a stepwise approach to the management of asthma. For mild disease a beta(2)-agonist bronchodilator is prescribed at step 1. Low-dose inhaled steroids are added at step 2 if the patient’s symptoms persist. For uncontrolled asthma at step 2, the clinician has the choice of adding a long-acting beta(2)-agonist bronchodilator or a leukotriene receptor antagonist, or to increase the dose of inhaled steroids at step 3. At step 4 other drugs such as theophyllines are added. Step 5 would involve oral steroids for severe uncontrolled asthma.

When first presented with a patient with uncontrolled asthma, most clinicians in the UK would adopt a “start high then step down” approach in the case of inhaled topical steroids, in an attempt to gain rapid control of the patient’s asthma. They would then reduce the dose once this has been achieved. In other words, we try to control the patient’s symptoms and lung function by prescribing a high dose of inhaled (or oral steroids) and then reduce the dose as soon as the patient’s condition warrants this. Unfortunately there is some evidence that patients are prescribed quite high doses of inhaled steroids before a firm diagnosis of asthma has actually been made. In established asthma patients, it has become customary to increase the dose of inhaled steroids when symptoms worsen. There is some evidence of benefit for this.(5)

There are four main intranasal steroids for use in rhinitis in the UK: beclomethasone, fluticasone, mometasone and budesonide (some clinicians are using triamcinolone as well).  Beclomethasone is available over the counter – patients can buy this drug in the pharmacy. There is suggestive evidence that high doses, over prolonged periods, of intranasal beclomethasone may slow growth. However, this is unlikely with newer drugs such as fluticasone propionate and mometasone furoate, which have substantially reduced bioavailability via gastrointestinal absorption. More research is needed in this area.(6)

The three main inhaled topical steroids prescribed in the UK for asthma are beclomethasone dipropionate, fluticasone and budesonide. Beclomethasone is currently available as a chlorofluorocarbon (CFC)-driven pressurised metered-dose inhaler (pMDI) and a hydrofluoro-alkane (HFA)-driven preparation (QVAR; 3M Pharmaceuticals). Most inhaled steroid prescriptions are for beclomethasone, prescribed generically and delivered via a pMDI. While doctors in secondary care may initiate therapy for a small proportion of patients, ongoing repeat medication is prescribed mainly within primary care.

Primary versus secondary care
Problems may arise due to variations in prescribing across the primary/secondary care interface. In hospital, most prescriptions are written generically, due to the stringent prescribing formularies used. Therefore patients may leave hospital with a different-looking drug to the one they have had previously. Furthermore, GPs’ prescribing budgets are extremely tight and, although they theoretically have the freedom to prescribe drugs of their choice, there is considerable pressure to prescribe as cheaply as possible. This usually means beclomethasone via a pMDI, which many patients cannot use properly. This may result in poorly controlled asthma and hospital admission.

There are other potential problems due to the different prescribing patterns across the interface. For example, with the phasing out of traditional CFC propellants and their replacement with a new generation of HFA propellants, it is clear, as in the case of the 3M product QVAR, with its greater respirable fraction of drug, that formulation and inhaler characteristics can markedly affect the drug delivery.(7) In fact, patients may be inadvertently undertreated if those currently prescribed HFA beclomethasone are admitted to hospital and then discharged home on generic beclomethasone, which may be half as effective clinically if dispensed at the same dose as the HFA preparation.

In addition, inhaler devices vary in their clinical effectiveness: for example, budesonide delivered via a turbohaler is almost twice as effective as a pMDI clinically.(8) This difference may result in problems if patients are switched from a turbohaler to a pMDI.

Efficacy and effectiveness of inhaled topical steroids
Another important clinical question concerns the relative efficacy and effectiveness of the different inhaled topical steroids. Which one is best for asthma? I do not believe we have the answer to this question; however, a number of Cochrane reviews are in progress that may help to provide answers.(9,10)

Conclusion
There is concern in the UK that many patients are prescribed very high doses of inhaled steroids, often without the basis of a firm diagnosis of asthma. There is evidence that the side-effects of these drugs are dose related(11,12); however, there is not much evidence that medication is actively stepped down. It is to be hoped that the new evidence-based guidelines being developed in the UK will bring about change in this area.