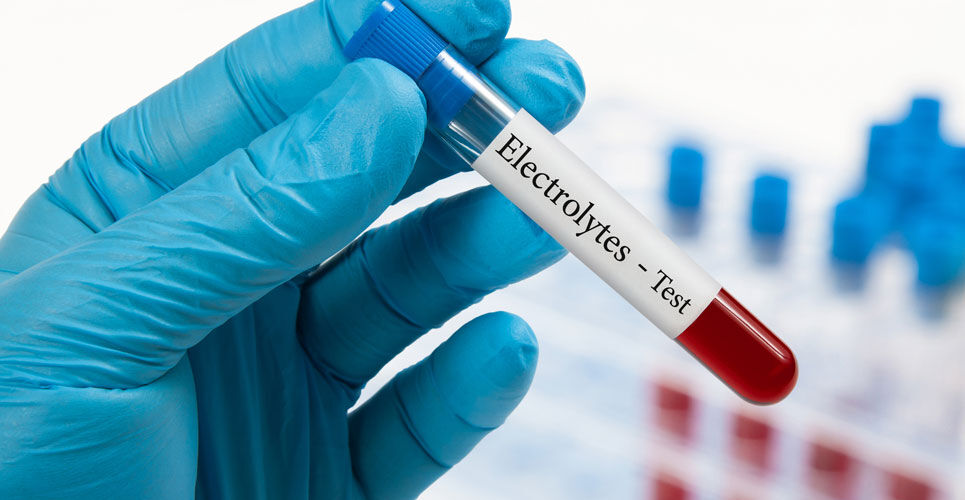 Dysnatraemia and dyskalemia are common in patients with an acute exacerbation of chronic obstructive pulmonary disease (COPD), but fortunately, neither negatively impacts on outcomes such as re-admission, the need for intensive care treatment or mortality. This was the conclusion of a study by a team from the Department of Internal and Emergency Medicine, Solothurn, Switzerland.

Electrolyte disorders often affect patients prescribed diuretics attending an emergency department (ED). For example, one study found that 4% of patients had hyponatraemia on admission, 12% hypernatraemia, 11% hypokalaemia and 4% hyperkalaemia. Furthermore, the presence of dysnatraemia upon on admission to an intensive care unit is an independent risk factors for poor prognosis. Equally, dyskalemia has been found to occur in 1 of 11 ED patients and is associated with both inpatient admission and mortality.

Although dysnatraemia, in particular, hyponatraemia at discharge, is associated with an increased risk of recurrence in hospitalised patients with pneumonia, much less is known about the effect of sodium and potassium disturbances among patients with an acute exacerbation of COPD.

For the present study, the Swiss team retrospectively examined the prevalence and extent of both dysnatraemia and dyskalemia and health outcomes, among ED patients with an acute exacerbation of COPD. For the purposes of the study, baseline hyponatraemia and hypernatraemia were defined by a serum sodium level of below 135 mmol/L and above 145 mmol/L respectively. Similarly, hypokalaemia and hyperkalaemia were defined as < 3.5 mmol/L and > 5 mmol/L respectively. Additional clinical and demographic data were also collected from hospital charts. Similar data were collected for a sample of patients with community-acquired pneumonia in order to compare outcomes of interest which were defined as intensive care unit (ICU) admission, the need for mechanical ventilation, length of hospital stay, 30 and 180-day re-admission rates and hospital mortality.

A total of 19,846 consultations for which serum sodium and potassium levels were available were used in the analysis, of which 102 patients, with a mean age of 73 years (46.1% male), had an acute exacerbation of COPD. The mean baseline serum sodium and potassium levels were 137 mmol/L and 4.0 mmol/L respectively. Overall, upon admission, 23% of patients had hyponatraemia and 5% hypernatraemia, whereas 16% and 4% had hypokalaemia and hyperkalaemia respectively. In comparison to those without COPD, hyponatraemia was significantly more common (p = 0.001) as was hypernatraemia (p < 0.001) although levels of dyskalemia were non-significant.

In regression analysis neither dysnatraemia or dyskalemia were significantly associated any of the outcomes of interest such as the need for ICU admission, invasive or non-invasive mechanical ventilation, re-admission or mortality.

The authors concluded that while dysnatraemia and dyskalemia were commonly encountered in those presenting at an ED with acute exacerbations of COPD, neither disorder was associated with adverse outcomes.

Be in the know
Subscribe to Hospital Pharmacy Europe newsletter and magazine
Subscribe
Share this story:
RELATED ARTICLES
Panitumumab in the individualised treatment of metastatic colorectal cancer
Male hormone linked to heart deaths
Alternative to aspirin or clopidogrel
SIRTURO® approval for the treatment of multi-drug resistant tuberculosis
Pfizer set to buy rival for $164m