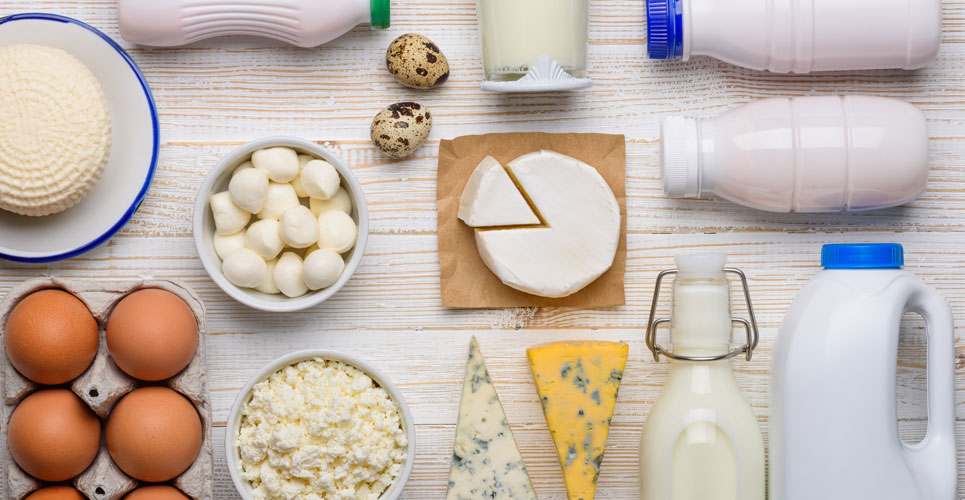 The fracture incidence among elderly patients was found to be reduced by a third among those who increased their intake of dairy foods.

Increased intake of dairy products with higher amounts of calcium and protein led to a 33% lower fracture incidence in the elderly according to research by a team from the Departments of Medicine and Endocrinology, University of Melbourne, Australia. Their cluster randomised, controlled trial was undertaken across 60 residential care facilities in predominately ambulatory patients. Falls in older patients are an important public health issue with data from 2017 showing that among adults aged 70 years and older who sought medical attention due to an injury, 8.4 million were due to a fall-related injury. Part of the reason for a high incidence of falls might be due to nutritional status, especially given how one analysis of malnutrition in the elderly, found that 68 % of individuals were considered malnourished or at risk of malnutrition and had a mean protein intake below recommended levels. Such a lack of protein might exacerbate aged-related loss of muscle mass and function, increasing the risk of falls. In support of this theory, is data from a study which found that ensuring appropriate nutrition in the elderly by supplementing with a protein, calcium and vitamin D, reduced the incidence of falls among malnourished elderly patients. There is also evidence that calcium supplementation with vitamin D can reduce the incidence of hip fractures and that consumption of calcium food sources can positively affect skeletal metabolism that is beneficial for bone health in older adults.

With the potential to correct malnutrition in the elderly and thus potentially reduce the incidence of falls and subsequent fractures, the Australian researchers set out to test whether the achievement of adequate calcium and protein intake could reduce the fracture incidence among institutionalised adults who were already vitamin D replete. For their trial, participants were randomised, at facility rather than the individual level, to receive additional milk, yoghurt and cheese whereas the control group continued to receive their normal diet. The primary outcome of interest was the difference in fractures, falls and all-cause mortality between the two groups, whereas secondary outcomes were the time to fall and changes in bone morphology and biochemistry.

The authors concluded that their nutritional intervention was widespread implications as a public health measure for fracture prevention in the elderly.

Be in the know
Subscribe to Hospital Pharmacy Europe newsletter and magazine
Subscribe
Share this story:
RELATED ARTICLES
Newly-published data on the use of Zytiga in the real-world setting
Warning over anaemia drugs risk
BIA respond to government response
Emerging drugs in multiple myeloma
Aspirin “cuts bowel cancer risk”