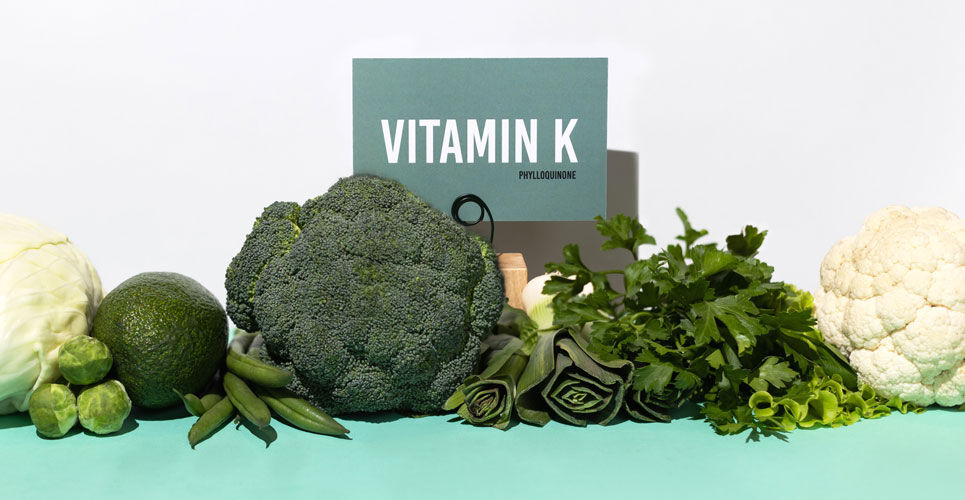 by Rod Tucker
Published on 2 August 2022

A higher dietary vitamin K intake is associated with a reduction in knee osteoarthritis symptoms over a 24 month period according to the findings of an observational study by Chinese researchers, highlighting the need to further investigate the value of supplementing with the vitamin.

The global age-standardised prevalence of knee osteoarthritis (OA) has been estimated at 3.8% and together with hip OA, represent one of the leading causes of world-wide disability. Vitamin K (VK) is a fat soluble vitamin and an important regulator in the blood clotting process although in recent years, vitamin K-dependent proteins and inflammation have been implicated in cardiovascular disease and osteoarthritis. In fact, in a cross-sectional study, Japanese researchers found that intake of the vitamin was inversely associated with the prevalence of radiographic knee OA. Despite this latter observation, no studies have examined whether intake of VK is associated with a reduction in knee OA symptoms. As a result and using the Western Ontario and McMaster University Index (WOMAC) of OA knee pain, which assesses stiffness, pain and a functional score, the Chinese team recruited patients with symptomatic knee OA for at least 6 months and examined the relationship between dietary intake of VK and changes in knee symptoms as well as MRI structural changes over a 24-month period. The intake of VK was assessed from a dietary questionnaire and divided into quartiles with the lowest quartile used as the reference point in multivariable analysis to determine the association between VK levels and symptom scores.

Categorising VK levels as either below or above the median value, a total of 212 participants, 130 with low values of the vitamin (mean age 63, 50% female) were included in the study. Moreover, baseline total WOMAC scores were not significantly different between the two groups (624.8 vs 609.2, low vs high vitamin K, p = 0.75).

Interesting, however, there were differences between the individual WOMAC component scores and VK levels. For example, there was only a significant difference for both stiffness and pain with the third but surprisingly, not the highest (i.e., fourth quartile). In contrast, this difference was significant for both the higher quartiles with the function score component. When the severity of pain was dichotomised into mild/moderate or severe, there were significant reductions for both quartile 3 and 4 but only for those with severe pain.

There were no significant differences for any of the quartiles for changes in MRI scan scores over 24 months.

The authors concluded that given how knee OA symptom scores reduced over time among those with higher baseline VK intake, further work to determine the value of VK supplements for those with knee OA should be undertaken.

Be in the know
Subscribe to Hospital Pharmacy Europe newsletter and magazine
Subscribe
Share this story:
RELATED ARTICLES
Marketing authorisation for Selincro
Record number of patients benefit as clinical trial participants soar across England
A closer look at what’s on offer at Maastricht
Can we still afford expensive care in oncology?
Rosuvastatin freed from black triangle