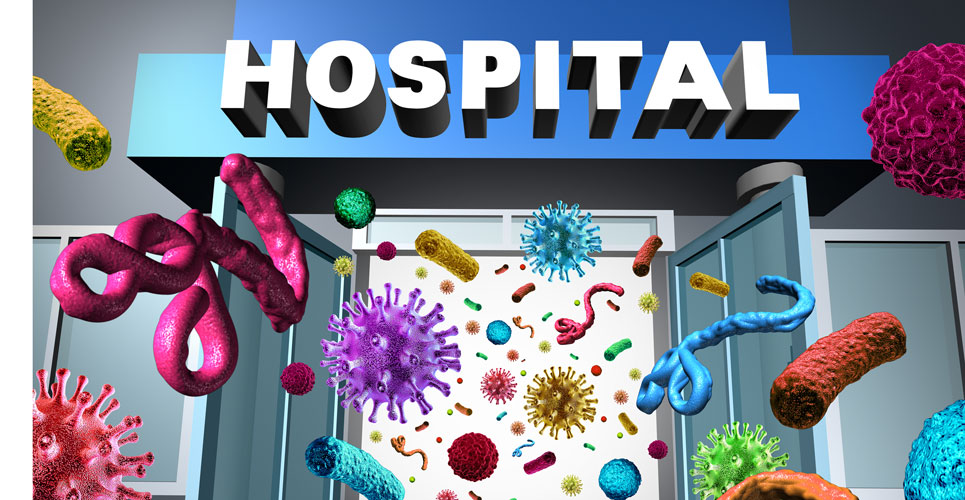 1 in 10 COVID-19 infections were hospital-acquired

An study of COVID-19 infections in the first wave of the pandemic has shown that over 1 in 10 of infections were actually hospital-acquired.

The first wave of the COVID-19 pandemic placed huge pressure upon health services around the world, when a large number of patients were admitted to hospital. Consequently, ensuring minimal hospital-acquired infection was of paramount importance, particularly as research with other two other coronaviruses, SARS and MERS had shown that human-to-human transmission occurred mainly within the healthcare setting. In a letter to the Lancet, a team from Lancaster Medical School, Lancaster University, UK, have examined the extent to which nosocomial, i.e., hospital-acquired, COVID-19 infections occurred in the first wave of the pandemic. The researchers used records contained in the International Severe Acute Respiratory Emerging Infection Consortium (ISARIC) and which has already reported on the clinical characteristics of 20,133 hospital in-patients during the initial phase of the pandemic.

For the current analysis, the team examined records of patients enrolled in the UK arm of ISARIC and who had an onset of symptoms before the beginning of August 2020. In trying to determine whether patients were likely to have a hospital-acquired infection, the team considered both an individual’s admission date and the date of reported symptom onset. They used the recorded infection date for a patient and identified those who were admitted before infection, as likely candidates for a hospital-acquired infection.

Findings
The researchers estimated that there were around 82,624 patients admitted to hospital before the beginning of August 2020 and that 11.3% (95% CI 11.1 – 11.6) of these became infected with COVID-19 after admission to hospital. When restricting their analysis to the middle of May 2020, this proportion increased to 15.8% (95% CI 15.8 – 19.6). Using a more conservative estimate of symptom onset at least 14 days after hospital admission, the proportion reduced to 6.8%. An interesting additional finding was how there was marked heterogeneity between hospital trusts. For example, in cases where the trust provided both acute and general care, the incidence of infections was 9.7% (95% CI 9.4 – 9.9) whereas this was substantially higher in residential community care hospitals (61.9%, 95% CI 56.4 – 68) and in mental health hospitals (67.5%). The authors were unable to account for this extreme variation in hospital-acquired infections and called for an urgent investigation to identify and promote best practice for infection control.
In discussing these findings, they identified that a recognised limitation of the ISARIC dataset was that it was unable to identify patients infected during admission or those who were discharged before developing symptoms and who might have acquired their infection within the hospital. In other words, the authors felt that their overall estimate of the hospital-acquired infection rate is probably an underestimate. The concluded that with lessons learnt from the first wave coupled with the development of vaccines, NHS infection control policies should now be sufficiently robust to prevent the burden of hospital-acquired infections.