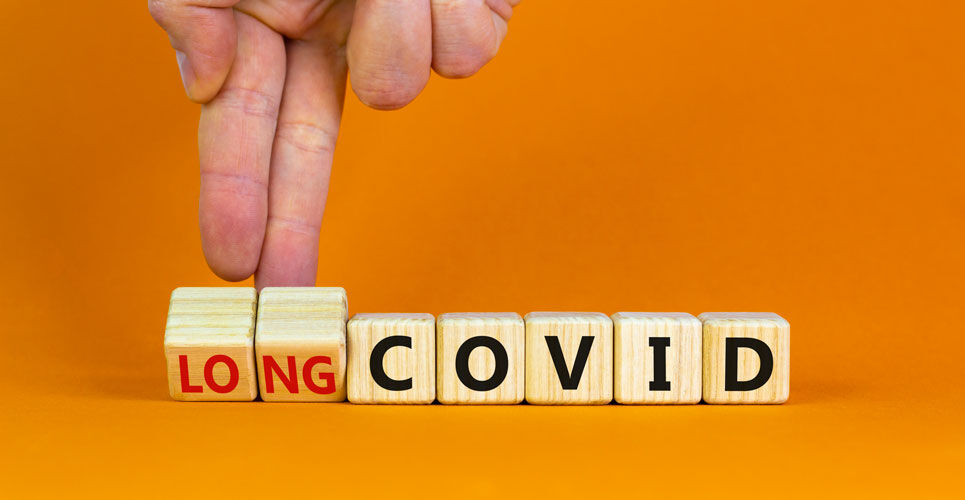 Long covid is now referred to by the World Health Organisation as post COVID-19 and defined as a condition that occurs in individuals with a history of probable or confirmed SARS CoV-2 infection, usually 3 months from the onset of COVID-19 with symptoms and that last for at least 2 months and cannot be explained by an alternative diagnosis. While this definition considers the persistence of symptoms for longer than two months, a meta-analysis of 18 studies which included 8,591 COVID-19 survivors with post-COVID symptoms persisting for at least 12 months, found that fatigue/weakness, dyspnoea, arthromyalgia, depression/anxiety, memory loss/concentration difficulties and insomnia were the most prevalent symptoms at one-year follow-up. However, in the meta-analysis, the majority of the included studies (13) were from hospitalised patients and the sample sizes varied from 51 to 2433 with a median of 146.

For the present study, researchers included patients with all levels of disease severity, those with both asymptomatic and symptomatic infections and included a comparator group of individuals who reported never being infected with the virus. Data were collected from the Long-CISS study, and which invited everyone over 16 years of age in Scotland with a positive PCR test for COVID-19 to participate. The study also included with a comparison group of non-infected individuals and PCR positive individuals were matched 3:1 with non-infected individuals based on age, sex and area-based socioeconomic deprivation quintile. The data were collected via an on-line questionnaire, and which was repeated 6, 12 and 18 months after individual’s infection to assess the extent to which they had recovered. The questionnaire assessed 26 symptoms, limitations across 7 activities of daily living and health-related quality of life, hospitalisations and assessed recovery as full, partial or none (i.e., not recovered).

Participants not recovered during follow-up

Individuals who had been symptomatic reported a significantly higher risk of impairment of 6 of the 7 daily living activities including walking/getting around (odds ratio, OR = 1.80, 95% CI 1.73 – 1.88, p < 0.001) and exercise or sport (OR = 2.34) and housework or chores (OR = 1.97). Symptomatic participants also reported a number of symptoms on follow-up, of which the highest were changes in taste and smell.

The authors concluded that 6 – 18 months following symptomatic infection with COVID-19, adults were at greater risk of a diverse range of symptoms and a negative impact on daily activities that could not be explained by confounding.