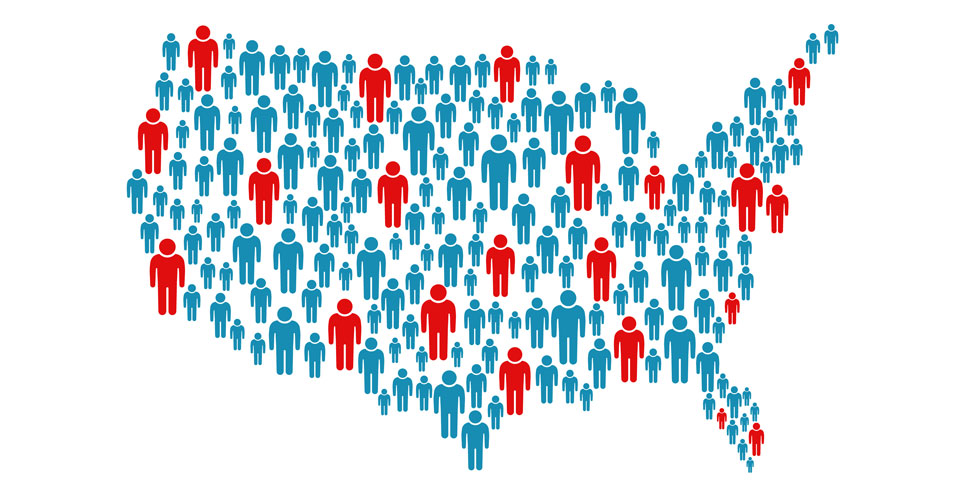 Knowledge of the proportion of adults at risk of severe COVID-19 helps prioritise the vaccination programme and one analysis has found that this would include a large proportion of the US population.

Knowing the most important risk factors for severe infection with COVID-19 helps to plan the prioritisation for vaccination. With the acceptance that at least initially, supplies of vaccines are likely to be limited, countries around the world have been forced to ensure that those potentially at greatest risk of severe complications if infected with COVID-19, are first to receive the vaccine. Knowledge of the likely number of patients involved enables a country to create time-lines for the vaccination programme. In trying to determine the potential number of at risk patients in the US, a team from the Department of Internal Medicine, University of Texas, US, turned to the most recent National Health and Nutrition Examination Survey (NHANES). This database includes a representative sample of US adults and provides information on demographics, health data obtained from surveys and both physical and laboratory examination results. For example, data on body mass index, presence of cancer, chronic kidney disease, heart conditions, diabetes etc are all captured by NHNAES and the information is updated every two years.

Findings
An analysis of the NHANES database led to a surprising find. The researchers estimated that there were approximately 176.1 million individuals, representing 75.4% of the adult US population, who had at least one increased risk condition. In addition, 40.3% and 18.5% of adults had either > 2 or >3 increased risk conditions respectively. While increased age is a known risk factor for a worse prognosis among those with COVID-19, even when age was excluded, it was evident that 72.6% of adults were still deemed to be at an increased risk. For instance, among those aged under 65 years of age, overall, 69.2% were still at an increased risk and perhaps of most concern was how 58.8% of those within the 18 – 29-year age category were at a higher risk. The most prevalent risk factor was obesity and present in 41.3% of adults but even after being excluded, 61.1% of those aged over 65 and 51.2% of people under 65 years of age still remained at an elevated risk. The researchers also determined that around 6.2 million people (14.5% of the population) had heart disease and among this cohort, 97.9% had at least one additional risk factor. This was a concern given that the presence of heart disease was not only an important risk factor itself but that it represented a marker for other factors. Interestingly, the proportion of individuals at increased risk was independent of race (75.6% vs 78%, Blacks vs Whites).

Commenting on their findings, the authors noted that as vaccination strategies are developed, these data indicated that a sizeable proportion of the US population were considered to be at risk of severe infection with COVID-19 and that the programme represented a huge task. Nevertheless, a recognised limitation of the study was that it did not evaluate clinical outcomes, merely the potential risks based on co-morbidities.