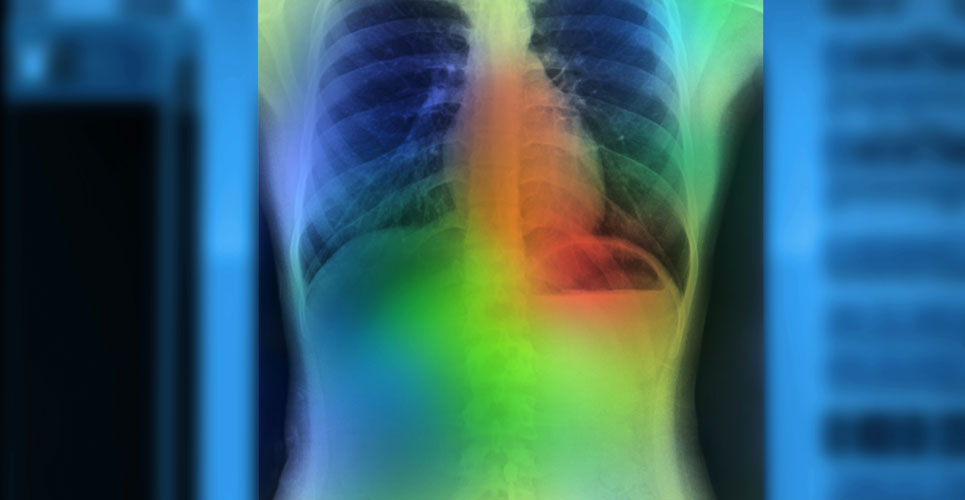 A new study reports that an artificial intelligence tool accurately predicts which patients newly infected with the COVID-19 virus would go on to develop severe respiratory disease.

The work was led by NYU Grossman School of Medicine and the Courant Institute of Mathematical Sciences at New York University, in partnership with Wenzhou Central Hospital and Cangnan People’s Hospital, both in Wenzhou, China.

Published online in the journal Computers, Materials & Continua, the study also revealed the best indicators of future severity, and found that they were not as expected.

“While work remains to further validate our model, it holds promise as another tool to predict the patients most vulnerable to the virus, but only in support of physicians’ hard-won clinical experience in treating viral infections,” says corresponding study author Megan Coffee, MD, PhD, clinical assistant professor in the Division of Infectious Disease & Immunology within the Department of Medicine at NYU Grossman School of Medicine.

“Our goal was to design and deploy a decision-support tool using AI capabilities – mostly predictive analytics – to flag future clinical coronavirus severity,” says co-author Anasse Bari, PhD, a clinical assistant professor in Computer Science at the Courant institute. “We hope that the tool, when fully developed, will be useful to physicians as they assess which moderately ill patients really need beds, and who can safely go home, with hospital resources stretched thin.”

For the study, demographic, laboratory, and radiological findings were collected from 53 patients as each tested positive in January 2020 for the SARS-CoV2 virus at the two Chinese hospitals. Symptoms were typically mild to begin with, including cough, fever, and stomach upset. In a minority of patients, however, severe symptoms developed with a week, including pneumonia.

The goal of the new study was to determine whether AI techniques could help to accurately predict which patients with the virus would go on to develop acute respiratory distress syndrome (ARDS), the fluid build-up in the lungs that can be fatal in the elderly.

For the new study, the researchers designed computer models that make decisions based on the data fed into them, with programs getting “smarter” the more data they consider. Specifically, the current study used decision trees that track series of decisions between options, and that model the potential consequences of choices at each step in a pathway.

The researchers were surprised to find that characteristics considered to be hallmarks of COVID-19, like certain patterns seen in lung images (for example,. ground glass opacities), fever, and strong immune responses, were not useful in predicting which of the many patients with initial, mild symptoms would go to develop severe lung disease. Neither were age and gender helpful in predicting serious disease, although past studies had found men over 60 to be at higher risk.

Instead, the new AI tool found that changes in three features – levels of the liver enzyme alanine aminotransferase (ALT), reported myalgia, and haemoglobin levels – were most accurately predictive of subsequent, severe disease. Together with other factors, the team reported being able to predict risk of ARDS with up to 80% accuracy.

ALT levels – which rise dramatically as diseases like hepatitis damage the liver – were only a bit higher in patients with COVID-19, researchers say, but still featured prominently in prediction of severity. In addition, deep muscle aches (myalgia) were also more commonplace, and have been linked by past research to higher general inflammation in the body.

Lastly, higher levels of haemoglobin were also linked to later respiratory distress. Could this explained by other factors, like unreported smoking of tobacco, which has long been linked to increased haemoglobin levels? Of the 33 patients at Wenzhou Central Hospital interviewed on smoking status, the two who reported having smoked, also reported that they had quit.

Limitations of the study, say the authors, included the relatively small data set and the limited clinical severity of disease in the population studied. The latter may be due in part to an as yet unexplained dearth of elderly patients admitted into the hospitals during the study period. The average patient age was 43.

“I will be paying more attention in my clinical practice to our data points, watching patients closer if they for instance complain of severe myalgia,” adds Coffee. “It’s exciting to be able to share data with the field in real time when it can be useful. In all past epidemics, journal papers only published well after the infections had waned.”