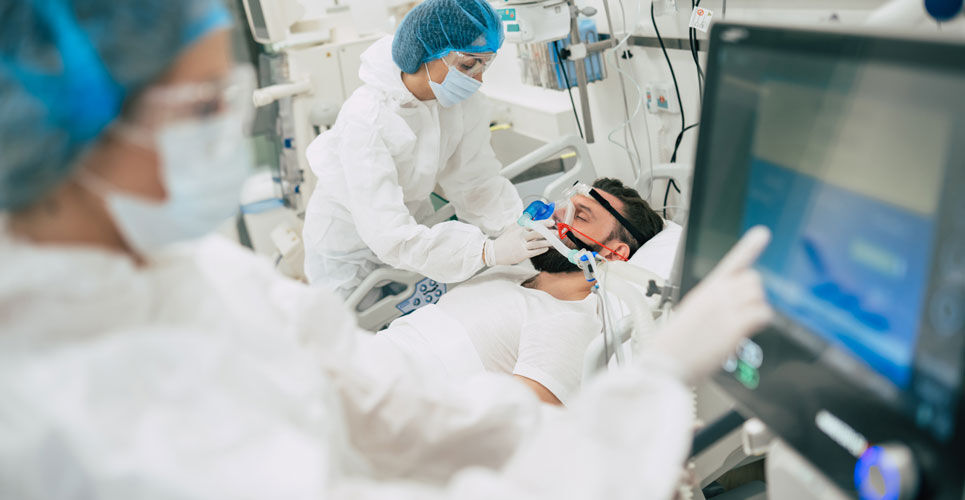 Combing cardiometabolic and social determinants of health improves the predictive power of models designed to examine adverse outcomes in patients with COVID-19 according to a retrospective analysis by researchers from Alabama, US.

Cardiometabolic diseases such as diabetes have become a recognised risk factor for both infection and more severe disease in COVID-19. In addition, it has also become clear that the risk of infection and more severe disease depends to some extent on race, ethnicity and various socioeconomic determinants. As a result, assessment of the likely impact of infection with COVID-19 should ideally, be based on a consideration of both cardiometabolic and social factors, yet such analyses are rarely undertaken. In the present study, the US team made use of electronic health records which incorporated both clinical and social factors, to determine whether models using information from both sources, offered better predictive power of the subsequent need for hospitalisation, intensive care unit (ICU) admission and mortality after patients became infected with COVID-19.

Using these records, the researchers included cardiometabolic data (e.g., glucose levels, body mass index, blood pressure etc) to calculate a cardiometabolic disease staging (CMDS) value, which is used to assign risk levels for diabetes, and all-cause and cardiovascular disease mortality. CMDS values range from 0 to 0.99 with higher values indicating a greater risk of developing diabetes. They also made use of individual-level social determinants of health (SDoH) measures such as martial, employment and insurance status and what was termed a neighbourhood SDoH, that included social vulnerability (an index of poverty), rurality and health care access. Using regression analysis, the researchers modelled the risk of being hospitalised, admitted to ICU and death, based on a model that included only CMDS data and then one which included both individual and neighbourhood SDoH values. The predictive power of the subsequent models, were assessed by measuring the area under the curve.

Using only individual level SDoH, patients with no insurance had a higher odds of being hospitalised (OR = 3.35), an ICU admission (OR = 2.99) and death (OR = 7.27). In addition, the analysis also showed that patients with high social vulnerability were more likely to be hospitalised or admitted to an ICU.

The authors concluded that using both clinical and social factor data improved the predictability of models for determination of the risk of severe outcomes after infection with COVID-19. They added that incorporation of both measures could help guide treatment, intervention and prevention efforts to improve both health and inequality.